Could vitamin C be the simple solution for sepsis? 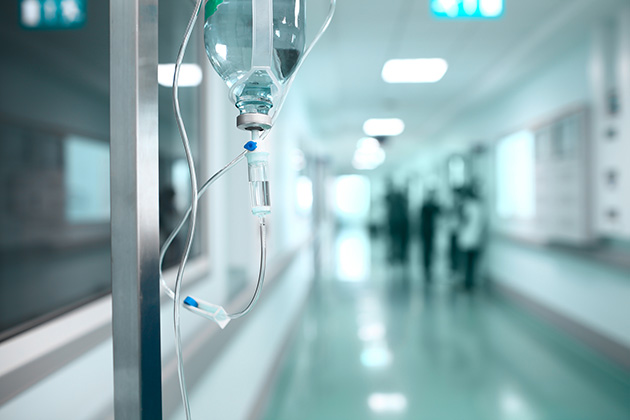 Just as the new international Surviving Sepsis guidelines come to publication this month, a Virginia physician becomes a small voice for practice change among his peers.

Dr. Paul Marik, chief of pulmonary and critical care at Eastern Virginia Medical School, believes he may have stumbled upon a possible aid in the survivability of sepsis. In his December 2016 study in the CHEST Journal, Marik and his colleagues describe their success with the use of intravenous vitamin C, hydrocortisone and thiamine in their patients with septic shock.

Inspired by current research findings using vitamin C in sepsis patients being performed by Alpha A. Fowler, M.D., at Virginia Commonweath University, Marik took the chance for hope in a severely, critically ill patient. After prescribing IV vitamin C and hydrocortisone as a last-ditch effort to save his patient's life, he returned the next morning to find her dramatically improved. In fact, she was transferred out of the critical care unit three days later.

Despite the skeptics, he soon began prescribing the new combination and was pleasantly surprised by the positive results. Of the 47 patients who were treated, only four did not survive, representing a mortality rate of 8.5 percent. The previous 47 patients not treated with the new regimen had 19 not survive with a hospital mortality rate of 40.4 percent.

Although these are small sample sizes of only one hospital population, it certainly has caught the attention of the medical community.

Sepsis is essentially a complication in the body's response to a life-threatening infection. This out-of-control inflammatory reaction can lead to tissue damage, organ failure and ultimately death. It is estimated that 258,000 Americans die each year from sepsis, with a 40 percent mortality Sepsis is estimated to cost hospitals $24 billion annually.

"Despite over 15,000 patients studied and over $1 billion in study costs, effective sepsis therapy remains elusive," according to Fowler.

Although new guidelines have been established, little has changed in the treatment of sepsis. The primary goals remain: early recognition, fluid resuscitation and prompt, targeted antibiotic treatments. The use and effectiveness of steroids, such as hydrocortisone, continues to be debated and is not recommended in light of contradictory study results — which makes Marik's results particularly interesting.

The magic bullet drug Xigris (activated drotrecogin alfa), which was heralded as the first real cure for sepsis was taken off the market in 2011 after 10 years of use when original data could not be replicated in light of negative results. No other treatment since then has show as much promise as vitamin C.

Intravenous vitamin C has been study in cancer patients since the 1970s, with promising results. Vitamin C is an antioxidant and plays a vital role in collagen production, hence its routine use in the treatment of wounds. Fowler and his colleagues believe vitamin C assists in "down regulating" the inflammatory response seen in sepsis, ultimately slowing down the destructive actions that lead to organ failure and ultimately death.

Although Marik recognizes his retrospective study has its limitations, he has called for further randomized controlled studies to validate the findings. However, he will continue to use the regimen in critical care patients and has rolled out the protocol to other hospitals in their healthcare system.