Confessions of a miser: 6 tips to a strong budget 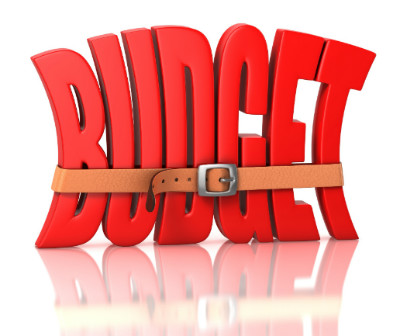 This is the second article of a three-part series on small business finances: Part I | Part 2

Forgive me brother for I have sinned.

In the first article of this series, I summarized how early on in our careers, my two brothers/partners viewed me and my thriftiness/frugality as a stingy tight-fisted miser.

My brothers and I have had a few vehement disagreements over the years about some budget choices. One great aspect of having three equal partners is that when a vote is taken, majority wins.

Budgetary decisions often times require courage because difficult financial choices affect everyone within an organization. Belt tightening, cutbacks and general business decisions are a necessary and healthy part of the business cycle, and few people cheer when a tricky budget cut or choice is made.

Last week, for example, I had to fire an employee of 15 years with six children. This field supervisor, over the last two months, poorly served two repeat customers and made them very unhappy. And over the last year or two he has been regressing, rather than improving, which had been communicated to him.

This decision greatly saddened me because he was such a good family man and person. However, quality experts tell us that on average an unhappy customer will tell 22 people about poor service. And, trust me, too many unhappy customers will drastically hurt a budget.

Budgets are not a popularity contest. Questions, concerns and discussions can frequently lead to disagreements. Therein lies the conflict of a good budget. However, if done well, good budget practices eventually should reward every good employee.

The origin of the word "frugal" is "fruit or to bear fruit," which is exactly where the beauty of a good budget lies. They create a cautious stewardship of resources (frugality) that should lead to a thriving organization (bearing fruit). Thriving organizations lead to more jobs and greater compensations.

The following are six cornerstone budgetary philosophies that have helped our organization bear fruit through the ups and downs of many business cycles. Many might say that a budget is mostly about crunching numbers. I would respond and say a good budget is so powerful within an organization that it can greatly influence the hourly decisions of the staff, which will help contribute to greater profits.

Robert Fortune Jr., MBA, is co-owner and co-founder of Fortune Restoration, a painting, masonry and carpentry company in Chicago. His email is fortunerestorationbob@gmail.com.