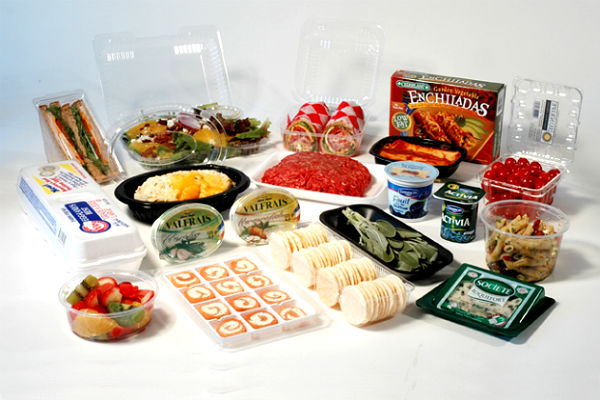 Note: This is the second article of a three-part series covering plastics in barrier packaging (1) trends, (2) material/process advances and (3) applications.

Plastic barrier packaging technology is driven by safety, convenience and quality. Growing demand for convenience foods and "ready meals" created by busier lifestyles and increased disposable income are reflected in high growth in food packaging. Food-purchasing decisions are based on taste and appearance, as well as convenience, making excellent barrier quality to maintain product freshness vital in food packaging.

No. 1 with the public is food safety, and active or barrier packaging that can help prevent spoilage or contamination is in strong demand. Consumers want easy-to-open, see-through, economic packaging that also protects against oxygen, water vapor and aromas.

Let’s start by delving further into high barrier coated flexible biofilm. While all commercially available PLA (polylactic acid) films meet ASTM D6400 compostability requirements and have good clarity, sealability and dead fold, its main drawbacks are poor temperature resistance and poor barrier properties. The application of SiOx (silicone oxide) clear barrier layer to the PLA film greatly enhances its barrier properties without negatively impacting the compostability of the base PLA film. The improvements in barrier properties achievable are virtually independent of the thickness of the base film.

Ceramis-PLA is a fully biodegradable film with a high barrier against oxygen and water vapor. The films are in conformity with DIN EN standard and also comply with the U.S. standard ASTM D 6400. These films have high bonding of the SiOx coating to the base films. They have high transparency, high gloss, and allow metal detection as well as have excellent combined barrier against gases, water vapor and aromas. SiOx coated PLA film from Amcor is produced using Amcor silicon oxide coating technology.

A second solution to the PLA barrier issue is application of a metalized barrier layer to the PLA film. This inorganic layer does not negatively impact the compostability of the base PLA film. Improvement in barrier properties with this layer is independent of the thickness of the base film. Celplast Metallized Products Ltd. has demonstrated that a very high-barrier all-PLA package can be achieved with a two-ply structure of reverse printed Ceramis-PLA (SiOx coated PLA) laminated to Enviromet metallized PLA (a biodegradable barrier film supplied by Celplast). 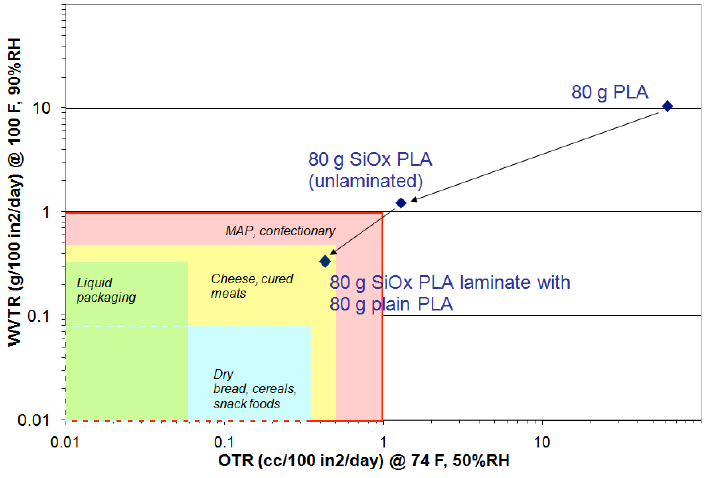 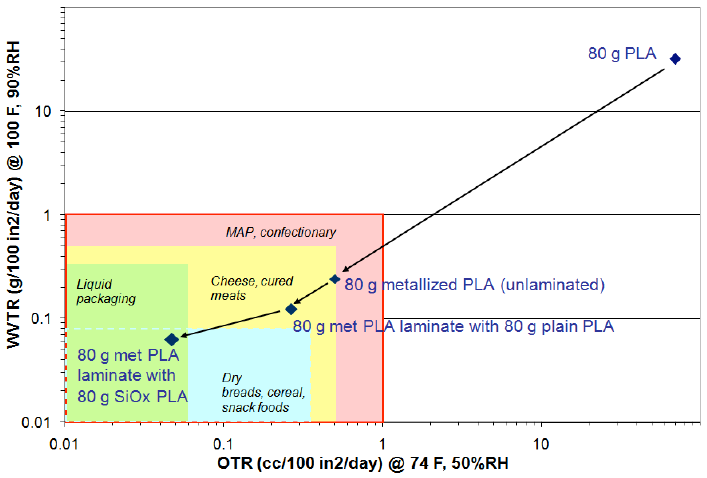 
Next, multiple lessons were learned by Fabri-Kal in transitioning to PLA thermoforming. Fabri-Kal is one of the largest thermoformers in North America. It made the transition commercializing its Greenware PLA drink and portion cups. PLA properties were well-suited to the cold-drink cups that Fabri-Kal produced. It had similar shrink to PET (polyethylene terephthalate) and the company which was already making a line of PET cups had the tooling for PET. It looked like a drop-in technology; however, there were lessons to be learned.

PLA crystallizes at a much lower temperature than PET and gets much stickier during the transition phase from amorphous to crystalline which caused problems when crystallizing regrind.

PLA trims easily because of its relative brittleness, but finished product must be handled more carefully than PET. Greenware is now 10 percent of Fabri-Kal's business and growing at 15 percent per year — even during the recent recession, and despite being a premium-priced product. 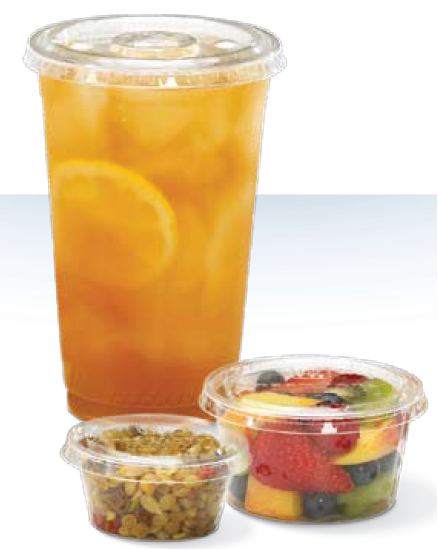 NatureFlex NK from Innovia films is a transparent, flexible, high-barrier cellophane film that is heat-sealable and compostable. NatureFlex films are based on renewable wood-pulp sourced from managed plantations, from suppliers operating sustainable forestry programs (Forest Stewardship Council or similar). In addition to biodegradability/compostability, the film offers a moisture barrier approaching co-extruded OPP (oriented polypropylene). It has the best moisture barrier of any biopolymer film currently available and is achieved via Innovia’s unique coating technology. 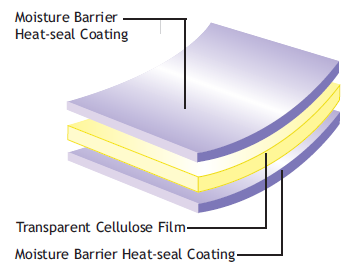 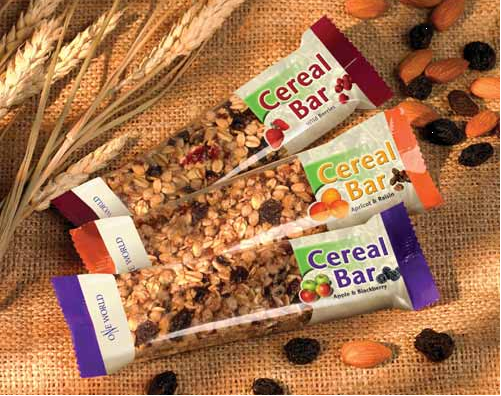 
The film maintains good print and conversion receptivity as well as heat-sealability on both sides. NK film is formulated to provide enhanced moisture barrier by the addition of a small amount of PVdC (PolyVinyledene Chloride). NatureFlex NK (available in 80 to 180 gauges) offers:

NatureFlex films are certified to both EU (EN13432) and U.S. (ASTM D6400) composting standards. Innovia Films have fully commercialized a NatureFlex film together with a proprietary sealant layer.