CMS plans to shorten meaningful use Stage 2 to 90 days 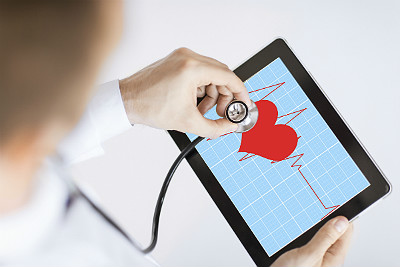 The Centers for Medicare & Medicaid Services (CMS) buckled, or so it seems. After much conjecture, gesturing and soapbox shouting from healthcare leaders, it looks like the reporting period for sending data collected in the electronic health record as part of meaningful use Stage 2 will be shortened from 365 days to 90.

CMS announced on its blog that it intends to relax the meaningful use reporting period in 2015. According to SearchHealthIT, “The time and money required to attest for a 365-day reporting period gave heartburn to many hospitals and physicians.”

CMS proposed to update its Medicare and Medicaid EHR Incentive Programs to accomplish the following goals:

These actions will be part of a proposed rule from the agency, and as such, related public comment and deliberation will take time. However, CMS' announcement allows providers some hope that future stages of meaningful use are not beyond their capabilities, which has been a prevailing sentiment throughout healthcare for months.

A shortened reporting period will enable hundreds of thousands of providers to continue participating in meaningful use in 2015, thus maintaining momentum towards interoperability and improved care coordination, Healthcare Informatics reports.

The Stage 2 announcement is separate from CMS' upcoming Stage 3 rule, which it expects to publish in March, CMS said in the blog post.

Many healthcare leaders praised the move, including Anders Gilberg, MGMA senior vice president of government affairs. "The Medical Group Management Association is encouraged by the announcement from the Centers for Medicare & Medicaid Services regarding the agency’s plan to modify aspects of the meaningful use program," said Gilberg. "MGMA has been a strong advocate for CMS to increase program flexibility and shorten the 2015 EHR reporting period from a year to 90 days."

"We urge CMS to expedite the release of its 90-day reporting provision to give physician practices the confidence they need to continue participating in this program," he continued. "The number of eligible professionals successfully attesting for Stage 2 of the program in 2014 were sharply down from those attesting for Stage 1, making significant changes to meaningful use essential."

In December, the College of Healthcare Information Management Executives (CHIME) reiterated its call to shorten the reporting period for 2015, "as substandard meaningful use low Stage 2 attestation numbers lag for the 2014 program year," the organization said in a statement.

According to CMS data, less than 35 percent of the nation's hospitals have met Stage 2 meaningful use requirements. While eligible professionals (EPs) have until the end of February to report their progress, just 4 percent have met Stage 2 requirements thus far, CHIME said.

Roughly 1 in 3 hospitals scheduled to meet Stage 2 in 2014 had to use alternative pathways to meet MU, administrative data current through Dec. 1 indicates.

"This trend demonstrates how vital new flexibilities were in 2014 and again, underscores the need for the same flexibility in 2015," said Branzell. "It is imperative officials take immediate action to put this critical transformation program back on track. Shortening the time frame for MU reporting in 2015 will help to ensure the program delivers on its promise to advance the transformation of healthcare in this country."

CHIME and several other national provider associations have repeatedly told CMS that without more program flexibility and a shortened reporting period in 2015, the future of meaningful use was in jeopardy.