Clean hands save lives: A vigilance that must never falter 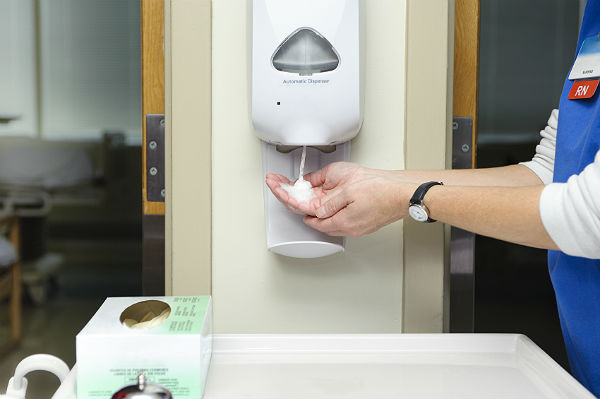 Hand washing in healthcare has long been associated with preventing the spread of disease, but frequent hand washing has its challenges.

In the early 2000s, the recipe for alcohol-based hand rubs (gels) was perfected — offering a more efficient, portable and worker-friendly alternative. Since then, these hand sanitizing gels have been promoted for controlling the spread of nosocomial influenza and infections around the world. Today it isn't uncommon to also find infection control stations containing sanitizing gel with other personal protective equipment (PPE) in public areas.

However, the gel or hand washing alone won't reduce nosocomial flu or infections in home care, clinics, hospitals or other provider settings. The behavior of healthcare workers — or the sociology of cleaning hands to save lives — is also an important consideration.

This is because caution is a socially healthy response to any change. And this often means that we must accept some resistance to any innovative change until healthcare workers are ready to accept that change — usually after experiencing some danger.

The danger usually credited with improved hand washing and use of sanitizing gels among health workers was the H1N1 influenza in 2009. But sustaining change can also be a challenge. Once the education and training is over, there is also a need for reminders, prompts, measurement, reporting and ongoing support from leaders.

When we think about urinary bacteria being found on a café table or on elevator buttons, we begin to fully realize the social aspect of hand hygiene and the real importance of the five moments of hand washing :

As healthcare workers, we should respect the freedom of others, starting with their health. We should desire to eliminate physical suffering and wash our hands or use hand sanitizers as a gesture of politeness and consideration toward others.

When we take this view, we can see why hand washing is quickly becoming an action or behavior that, if not done, violates social norms. As norms evolve over time, we could one day find a lack of hand washing to be a deviant behavior, just as performing a routine surgical procedure in a nonsterile environment would be considered deviant today.

So use this article as that reminder for healthcare leaders to reinforce their support for hand washing and to recognize the danger. Be the "good man" referred to by Albert Camus in his book, "The Plague:"

"What's natural is the microbe. All the rest — health, integrity, purity (if you like) — is a product of the human will of a vigilance that must never falter. The good man, the man who infects hardly anyone, is the man who has the fewest lapses of attention. And it needs tremendous will-power, a never-ending tension of the mind to avoid such lapses."