California sets the bar for violence against healthcare workers 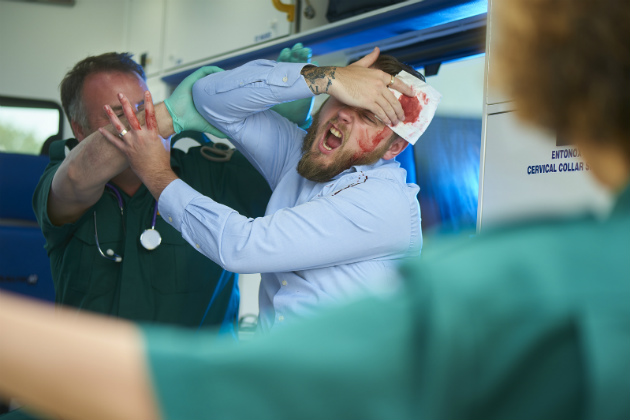 When most healthcare workers head into their jobs, the threat of violence is usually not a major concern. It was not really on my radar when I went to work one night in the emergency department (ED) of a busy New York City hospital.

Sure, we saw some upset patients and family, but that is just par for the course when working in the ED. After all, our doors were locked, and we had multiple security officers stationed throughout our busy ED. However, this night was going to be different.

I was in the medication room, which was an enclosed, glass room right in the middle of the main area. I was getting some antibiotics prepared when I saw the chair go flying past my elderly patient. My first instinct was to go out and help, but as I looked at the other nurse in the room with me, we realized we needed to just remain where we were for our own safety.

As the young, belligerent patient continued to scream and yell, the physician and nurse attempted to de-escalate the situation while the security team approached the patient from behind. While the angry patient was not paying attention, the security team took him down and took control of the situation. Not how the night was supposed to go.

Sadly, this is not a unique story and likely much worse due to underreporting. But California is hoping to change this trend with new workplace safety standards.

According to the Bureau of Labor Statistic (BLS), workplace violence is on the rise. They noted a 13 percent increase in reported cases from in 2011 compared to 2009.

The March 2016 Workplace Safety and Health Report to Congressional Requesters by the U.S. Government Accountability Office noted that healthcare workers were 5-12 times more likely to be a victim of nonfatal workplace violence in comparison to the private sector. In a 2014 study, 76 percent of nurses interviewed stated they had experienced violence in the workplace in the previous year.

Although the problem is real, there have been few efforts to stop or slow the issue. A majority of states have penalties for assaults on healthcare workers, but only a handful require employers to run workplace prevention programs — until now.

The goal of the new rule is to require hospitals and other employers of healthcare workers to provide safeguards to assist in the prevention of workplace violence. The provisions to be provided will be of no cost to the employee and will include personal protective equipment, training and medical services.

Considering the average assault results in a cost of $94,156, it would seem financially beneficial to prevent situations from occurring and adequately training staff to respond to quickly and appropriately without being harmed.

For more information or training for yourself and staff, please visit The National Institute for Occupational Safety and Health Occupational Violence's free training and education online.