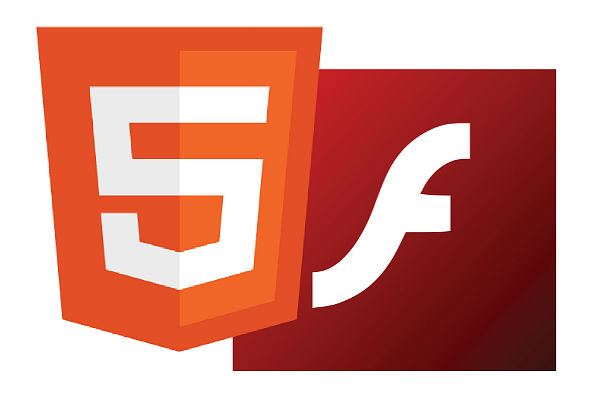 Once an unquestioned component of multimedia on the Web, Adobe Flash and other third-party media plugins are heading toward the end of their days. For businesses that use video, this means yet another item to add onto their to-do list.

Many businesses sites have already made the transition to mobile-friendly responsive design. But the increasing number of cyberattacks through outdated Flash players makes it more apparent that websites need to transition to a more secure and advanced media playback source: HTML5 video.

In January, YouTube dropped Flash for HTML5 as their default player in Chrome, Internet Explorer 11, Safari 8 and beta versions of Firefox. And even Microsoft has encouraged users to switch over to HTML5-based video players, after announcing the discontinuation of their video plugin Silverlight earlier this month.

While Adobe hasn't so much as left a hint to an end date for Flash, you'd be hard-pressed to find someone who isn't wishing for its demise.

Flash has long since been the bane to most of the Internet's existence. In 2010, Steve Jobs famously published an open letter detailing his hatred of Flash, announcing the end of Flash support on all iOS software. Google followed suit, also ending Flash support for Android.

Adding fuel to the fire is the latest round of news from two tech giants: Facebook and Mozilla are calling for the annihilation of the video plugin. This came after reports of cyberthieves releasing documents that detailed how hackers could take over anyone's computer that had outdated Flash players. Despite Adobe's various attempts to the fix the bugs, Google and Mozilla have pulled their support for the plugin on their Chrome and Firefox browsers.

Alex Stamos, Facebook's security chief, took to Twitter on July 12, to vent his frustrations following the recent hacking incident: "It is time for Adobe to announce the end-of-life date for Flash and to ask the browsers to set killbits on the same day."

So what's the big difference between Flash and HTML5?

HTML5 technology plays video directly in the browser without any plugins. This means users should be able to watch videos without ever receiving the dreaded "Install Flash plug-in to watch this video" message.

This is great news for businesses because alerts like that can take away from the user experience and can raise a website's bounce rate, thus reducing conversion rates. Utilizing HTML5 video also means the end of having to regularly update the plugin, making businesses less vulnerable to Web-based attacks.

Those who aren't ready to make the switch but don't want to remain susceptible to Web attacks have the option to uninstall Flash. In Windows, go to Control Panel and select "Uninstall a program." On Macs, download and run Adobe's uninstaller.

At this point, there isn't a way to completely uninstall Flash. Chrome and Internet Explorer both include their own versions of Flash and update automatically.

For those ready to welcome the HTML5 video plugin, installing it won't be as easy as the click of a button. In order to use an HTML5 video player, your site must be an HTML5 website. If your site is, congratulations! You can replace your old plugin code with a new line of video code.

If your site operates on coding older than HTML5 (e.g., HTML4, XHTML, etc.), the first step would be to convert your business's site. The degree of difficulty in doing so varies among sites. Some websites may require a few changes, while others may have to create an entirely new website.

There is, however, one big caveat to using the HTML5 plugin. Not all browsers respond to the same media file. Instead of creating one video file, now you have to create three. The video player will pick the one that is most compatible to the user's browser, thus mitigating any browser-compatibility issues previously experienced with third-party plugins.

A study by comScore estimates that 100 million people watch a video on the Internet each day. As online video consumption continues to grow, businesses will have to be prepared to make the transition to alternate video playbacks should Flash take its final breath.

For those businesses that decide to stay put, they must ask themselves, is it worth it to put their customers at risk?

Lonny Alfred is a content editor at MultiBriefs with nearly four years of experience in digital media. She graduated from The University of Texas at Austin with a bachelor's degree in multimedia journalism.