Brexit’s unclear impact on US manufacturing 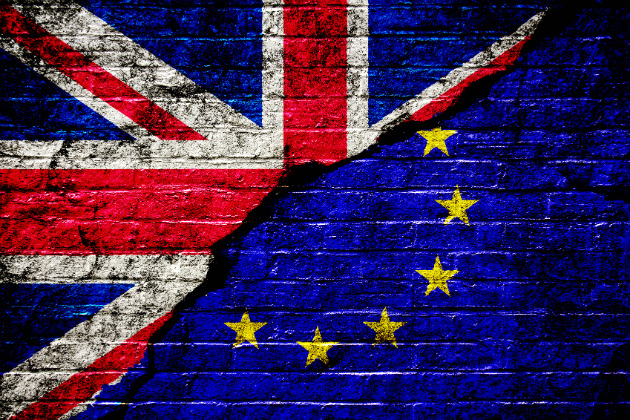 As politicians fight over how and when the U.K. will leave the EU, Brexit’s impact is felt around the world. A no-deal Brexit, which has the U.K. exiting the EU on March 29 without a clear trade agreement, is said to have potentially catastrophic consequences for U.K. manufacturing.

How does all this impact U.S. manufacturing? First, we need to understand Brexit’s impact on U.K. manufacturing — especially automobiles. The automobile sector provides an excellent example of increased challenges under the prospects of a new U.K. economy free of EU guidelines and infrastructure.

In general, auto manufacturing provides 850,000 jobs in the U.K. Under no-deal Brexit, the U.K., which built 1.5 million cars last year, could lose hundreds of thousands of cars in production and "wipe out" Honda entirely there. No-deal Brexit could mean that Ford Motor Company, which has 13,000 U.K.-based employees, could lose up to $1 billion.

The manufacturing sector awaits no-deal chaos, as companies stall investment plans and seek more stable production sites and markets. Investment in the U.K. auto manufacturing sector was down about 50 percent in 2018 — according to the Society of Motor Manufacturers and Traders. This is largely due to uncertain Brexit politics.

Manufacturers, like Land Rover, BMW, and Bentley, have already announced plans to move production outside of uncertain U.K. territories. Companies are stockpiling goods, including parts and medicine, and are developing separate "deal" and "no deal" business plans in preparation for a sudden halt in the flow of goods and services.

It’s the unique characteristics of the auto parts supply chain that stands to be disrupted by Brexit. According to Automotive World, there is: "...no other industry that is more tightly integrated than the European automotive industry, with highly complex supply chains stretching across Europe and production relying on ‘just-in-time’ delivery." (Another argument for on-site additive manufacturing capabilities is found here.)

New import taxes and custom clearance standards, introduced by the U.K.’s departure from the EU’s Single Market and Customs Union, threaten price hikes and parts delays that could ultimately be too costly and chaotic. After all, time is money.

With all this said, it still remains unclear how U.S. manufacturing, especially the auto sector, will be impacted.

The U.S. auto industry is already complicated by plant closures, high tariffs on imported vehicles, changing rules ushered in by USMCA or the "new NAFTA," and detailed restrictions brought about by national security considerations.

The USMCA already intends to increase U.S. manufacturing by requiring manufacturers to use 75 percent of auto component parts made in the U.S., Mexico, or Canada to qualify for zero tariffs. This leaves little room for U.K. imports, regardless of Brexit.

All of this no-deal Brexit uncertainty, which includes tightening Northern Ireland’s border with checkpoints and inspections delays, is never good for manufacturing. Simply stated, it is too soon to tell how no deal Brexit will change the intertwined economies of the U.S. and U.K.

A recently released document outlining U.S. post-Brexit trading terms confirms that any new agreement will require the U.K. to accept U.S. standards and regulations. This is already causing agri-business and currency manipulation controversies. The U.K. may still choose to operate under EU agriculture safety standards, which are more stringent than U.S. standards.

As for the post-Brexit era, the U.S. eagerly awaits trade agreements with the U.K. and EU — on its own terms, as usual. Trump’s recently proposed 25 percent tax on foreign cars has not been well-received. This will raise the price of imported European cars by €10,000. The E.U. is retaliating with "tariffs on a total of €20 billion in US goods."

For now, globalized manufacturing companies remain on high alert and will watch the no-deal Brexit deadline approach. Markets are adjusting to these historic changes on the ground: country by country, industry by industry, auto part by auto part.