How is the ‘new NAFTA’ different? 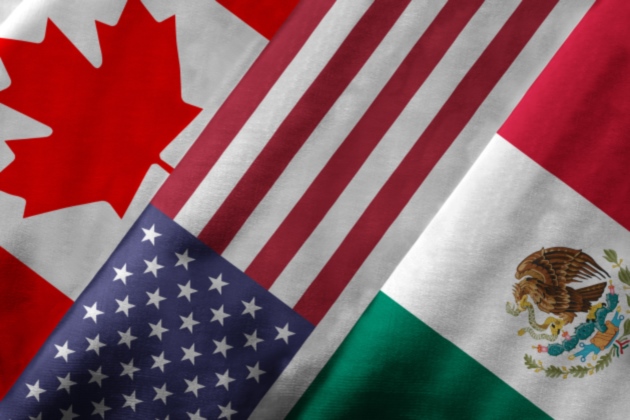 The idea of the North American Free Trade Agreement (NAFTA) was very controversial when first proposed during the Clinton administration and signed in 1994. It was the first North American trilateral trade bloc representing Mexico, Canada and the United States.

NAFTA’s successor, called the United States-Mexico-Canada Agreement (USMCA), was signed by all three participating countries’ leaders — Donald Trump, Canada’s Prime Minister, Justin Trudeau, and outgoing Mexican President Enrique Peña Nieto — at the G20 Summit on Nov. 30, 2018. The legislatures of all three countries must ratify the agreement before it goes into effect.

We know USMCA is intended to make up for NAFTA’s shortcomings. But will it?

After President Trump hit Canada and Mexico with higher steel and aluminum tariffs, it is stated that GM, which has recently announced plant closures, lost billions. These kinds of losses prove that trade wars are best handled by improved agreements, especially when it comes to labor and the environment. Now we are waiting to see the results.

USMCA intends to boost American made auto manufacturing by requiring autos to "have 75 percent of their components manufactured in Mexico, the U.S., or Canada to qualify for zero tariffs." This provision is expected to increase the price of cars and trucks — something that GM may have anticipated when it announced those plant closures.

The new agreement also intends to raise wages in Mexico by requiring "40 to 45 percent of automobile content to be made by workers who earn at least $16 an hour by 2023."

While this appears to be a move to pay Mexican workers more, it is suggested that this move will keep jobs in Canada and the U.S. Unionization, migrant worker protections, and protections for female workers will also impact the Mexican workforce under the new agreement.

Beyond the auto sector, you may have heard something about how Canadian dairy farmers have voiced opposition to USMCA. Under the agreement, the U.S. will export about 3.6 percent of Canada's dairy market, up from the current 1 percent.

Chicken, egg, and turkey exports to Canada will increase under USMCA as well.

Another key difference is intellectual property rights negotiations, since NAFTA was written before the internet became a common household phenomenon. In order to protect intellectual property rights, copyright has been extended from 50 years beyond the life of the author to 70. To avoid the rapid development of generic drugs, the deal implements "10 years of protection for biologic drugs, as well as pharmaceutical and agricultural innovators."

Perhaps one of the most contentious aspects of the ratification of USMCA by Congress is Trump’s contention that a renegotiated NAFTA will mean that Mexico "indirectly" pays for the ever-controversial border wall between the two countries through increased tax revenue.

Some economists contend that the USMCA provisions may generate more tax revenue, but not the $25 billion number that’s been tossed around as an estimated cost of building the wall.

Trump disagrees. In a Dec. 13, 2018 Tweet, he states: "The United States-Mexico-Canada Agreement "is so much better than the old, very costly & anti-USA NAFTA deal, that just by the money we save, MEXICO IS PAYING FOR THE WALL!"

This assertion remains vague since there is no direct clause in the trade deal establishing Mexico will pay for the wall.

The debate on the USMCA’s ratification will take place in a climate with the looming threat of a U.S.-Mexico border wall. More taxable goods crossing borders remains a key goal for one of the world’s largest free trade zones, while less people crossing the border remains one of Trump’s key election promises — one that he is not eager to let go any time soon, it seems.