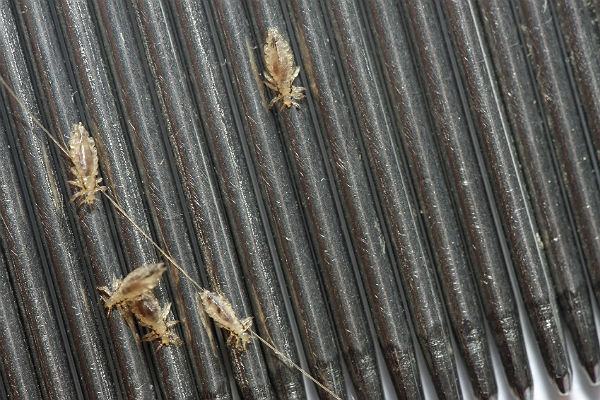 Back-to-school season is a time for next chapters, seeing old friends, making new friends — and, of course, organized germ exchanges. Yes, the sharing of germs and other critters, such as lice, also is part of the fun of back to school.

Anytime a group of people starts to share a communal area (especially if they are young), the likelihood of germ exchange grows exponentially. Sure, most parents are not happy with the common illnesses such as colds and pink eye, but nothing makes most squirm like lice — literally.

The Centers for Disease Control and Prevention (CDC) estimates that 6-12 million people are infested with lice annually. Those infested usually are between the ages of 3-11 and their caregivers.

Although a seemingly common rite of passage for many elementary school children, a recent report by the American Chemical Society (ACS) found lice are mutating and becoming more difficult to treat. The ACS reported Aug. 18 that 104 of the 109 lice tested "had high levels of gene mutations, which have been linked to resistance to pyrethroids." Permethrin, a pyethroid, is commonly found in over-the-counter treatment options sought out by most in the treatment of lice infestations.

The ACS also reported the mutation was identified in 25 of the 30 states where specimens were tested, including California, Texas, Florida and Maine. However, they further reported that specimens from New York, New Jersey, New Mexico and Oregon had lice with one, two or three mutations.

Although lice have not been associated with transmitting disease, they can be the source of local infections at the bite sites and from scratching, and certainly can be a big nuisance to a family. Lice are not associated with a lack of cleanliness; however, many children and families feel stigmatized when they have to endure an infestation. 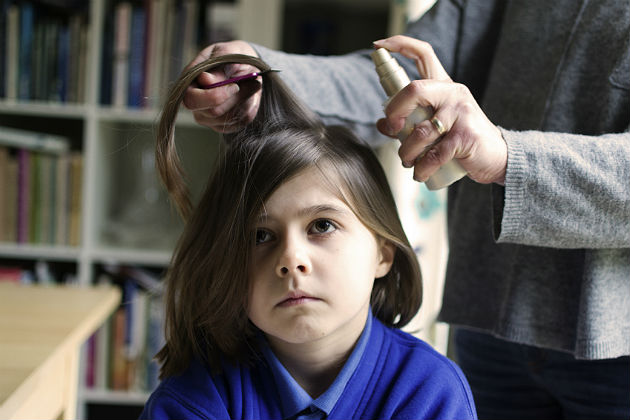 Lice cannot jump or fly and are passed with direct hair-to-hair contact. Uncommon routes of transmission include wearing clothing, such as hats, scarves, coats, sports uniforms or hair ribbons worn by an infested person; using infested combs, brushes or towels; or lying on a bed, couch, pillow, carpet or stuffed animal that has recently been in contact with an infested person.

There are three stages to the life cycle of the common hair lice. The adult lice can live about 30 days feeding off the host. However, if they do not have a blood meal available, they cannot survive longer than 1-2 days.

The adult female can lay up to eight eggs a day, which is why the infestation can become considerable in a short time. The eggs, also called nits, are cemented at the base of hair shaft, usually near the scalp. It takes about a week for them to hatch and release a nymph that takes about seven days to mature to an adult.

With the short life cycle and specific needs of the lice, eradication is possible with some prompt attention.

Considering the high likelihood of resistance to over-the-counter medication, the ACS report recommended prescription-strength medications to which the lice are still susceptible. However, there is some caution that is warranted, as with repeated exposure, the lice are likely to mutate again.

The key is prevention and the avoidance of head-to-head contact as much as possible. Children should be advised to avoid sharing combs, hats and scarves, especially if an outbreak is reported. A full list of suggestions can be found on the CDC website.

There are many myths and wives' tales that prevail, but have not been scientifically substantiated. Some include that lice do not like dirty hair or that certain chemicals and smells help them to stay away. Although many will stand firm in their convictions, none of these myths have been substantiated.

The best treatment is to just remove the offending agents: the eggs, nits and adults. There are many combs on the market to assist in removal — look for combs with long, metal prongs, such as the Nit Terminator.

The key is vigilance, so have the child wash his/her hair as normal, put in a movie and just start going through the hair section by section with a good comb that can remove even the nits. Do this daily until you see no results. Remember the life cycle, and break it by repeating this process within the week, then weekly if still concerned.

So, as the kids start back to school, lets be smarter than the bugs. Be vigilant and educated, and hopefully great memories will be the only things shared this year.

Oh, and sorry if you can't stop itching you head now ...