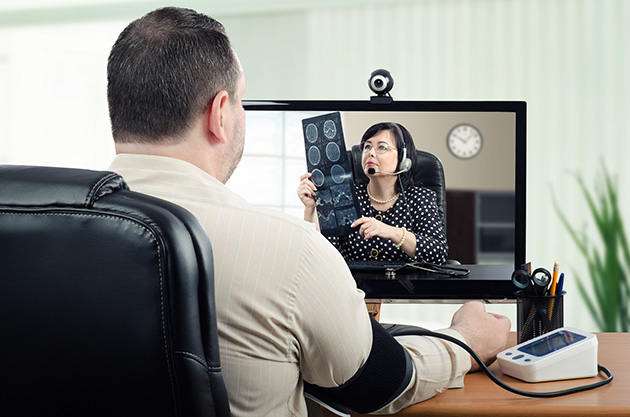 Rural Americans are going online for a variety of health-related services, but better availability of broadband internet is necessary to meet future telehealth demand, a new U.S. Department of Agriculture report suggests.

Per its research, the USDA analyzed data from the July 2015 Current Population Survey that included 130,000 people age 15 and older and of those, 19 percent researched health issues online. Urban residents were somewhat more likely than rural residents to conduct online searches, at 20 percent versus 17 percent, researchers said.

Telehealth is rising in popularity for rural areas because of doctor shortages, hospital closings and lack of reliable transportation options. "It allows people to be more engaged in their own health while facilitating care of minor ailments and monitoring of chronic conditions," researchers said.

Per the USDA, smartphones are more common than personal computers in the general population, but PCs are more commonly used by rural residents who conduct telehealth activities. Seventy-five percent to 79 percent of rural people conducting health practices had smartphones, while up to 89 percent of rural individuals conducting health practices had a PC.

Rural residents were uniformly less likely to conduct online research than their urban counterparts, and even rural residents among the highest income group were less likely than the national urban average to research health issues online suggests that rural residency may provide a physical or cultural drawback with respect to this telehealth activity.

"Still, a lot of monitoring can be done with a smart phone (with all the consequences of using a smaller screen) or, as is commonly practiced, by using a dedicated communication device that mediates the monitoring device’s connection to the Internet," the researchers reported.

"Resolving the challenges to providing rural health care may be vital to ensuring continued rural growth and prosperity. Rural telehealth, which has rapidly integrated with Internet technologies, may pose one solution," the authors stated. "Although telehealth remains in its infancy with relatively low rates of regular use, those rates will likely increase as service and technology continue to improve and people become aware of the improvements."