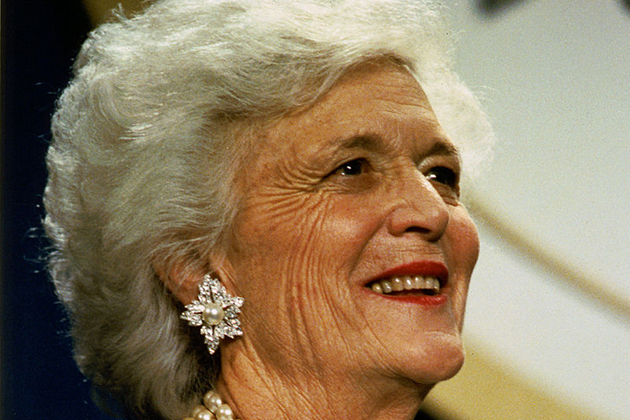 Barbara Bush served as first lady of the United States from 1989 to 1993. (Image: Wikipedia)

Barbara Bush, beloved former first lady, died April 17 in her Houston home at the age of 92. She was surrounded by her loved ones, including her husband of 73 years, former President George H.W. Bush.

Mrs. Bush had long suffered from congestive heart failure and chronic obstructive pulmonary disease for many years, and she had become frail in her sunset years. Earlier in the week, it was reported that she was forgoing any further aggressive treatment to extend her life in exchange for comfort care at home.

As news broke of her decision, conversations began regarding what "comfort care" would entail. Although many held the misconception that she was giving up, she in fact was just changing her focus and goal.

Bush was transitioning to being able to be present and comfortable during that final chapter of her life and enjoy her last days. She chose to manage her symptoms from the comfort of her home, surrounded by loved ones and not connected to machines in a valiant attempt to avoid the inevitable.

She elected to not escalate attempts to save her life — in essence, to allow a natural death.

The timing of her end-of-life decisions and death could not have come at a more poetic time as April 16 was National Healthcare Decision Day. This day "exists to inspire, educate and empower the public and providers about the importance of advance care planning."

By making her decisions public knowledge, Bush catapulted the conversation into the public with the opportunity for people to realize that there are other options at the end of life.

National Healthcare Decision Day (NHDD) Founder and Chair Nathan Kottkamp started Virginia Advanced Directives Day in 2006 in an effort to demystify advance care planning and to ensure it was part of everyone's healthcare experience. He repeated the feat in 2007 and took it nationwide in 2008.

In June 2016, NHDD joined efforts with the Institute for Healthcare Improvement's The Conversation Project. They are "dedicated to helping people talk about their wishes for end-of-life care."

The Conversation Project recognized that too often people are dying in ways they would not choose, all because they did not have those crucial conversations. Began in 2010, they aimed to provide resources to make it easier to initiate those conversations about dying and to encourage people to talk now when they can make their wishes knows.

Many healthcare personnel, especially in the critical care area, repeatedly recount times when families are left making decisions for their loved ones. Often not knowing or unable to carry out their loved one's wishes, they are left in a purgatory of guilt and uncertainty.

However, if the conversations would have been had earlier — from a place of love and not fear — their wishes at their most vulnerable time would be honored with grace and dignity. The Conversation Project Co-Founder Ellen Goodman had to care for her own mother, which helped form the idea behind the mission.

"I realized only after her death how much easier it would have all been if I heard her voice in my ear as these decisions had to be made," Goodman recounted.

A recent study found that about 2 of every 3 people in the U.S. do not have an advanced directive. Stemming from a social and cultural fear of discussing death, many patients will receive treatment at the end of their lives that they did not want. This disconnect often leads to prolonged suffering and a diminished quality of life at the most fragile time. Clearly, there is room for improvement.

So, as we remember a remarkable American woman, she continues to impact in ways she likely did not imagine.

Information and resources about advanced directives and how to start the conversation can be found here at The Conversation Project.