Bags in Brief: The essence of style 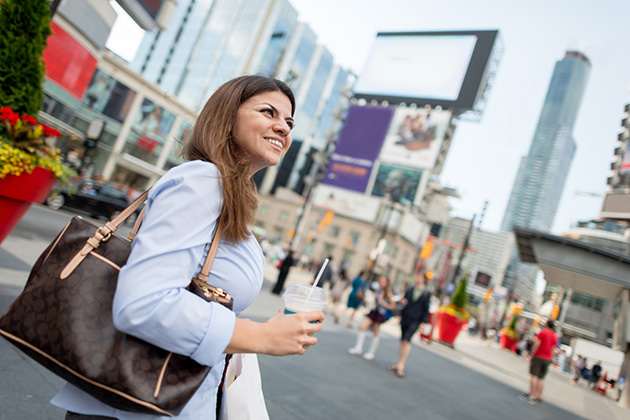 Bag and shoes appear to be "nailing" the fashion sector this summer by steering clear of the courts. While logos and designs pop through the windows on Toronto's Bloor Street "mink mile," intellectual property is playing a positive role in driving brand value in the right direction — upwardly that is.

Litigation follows inspiration. There is a fine line between the inspiration drawn from ideas, and the reuse characteristic of appropriation art.

One way to avoid the dilemma of where to draw the line is to work with purely functional elements. Designers who are well versed in the litigation which success can attract — such as designer Christian Louboutin, world famous for his brightly lacquered red-soled stilletos — seek originality by steering clear of others' intellectual property.

The "flattery" of imitation is hazardous. 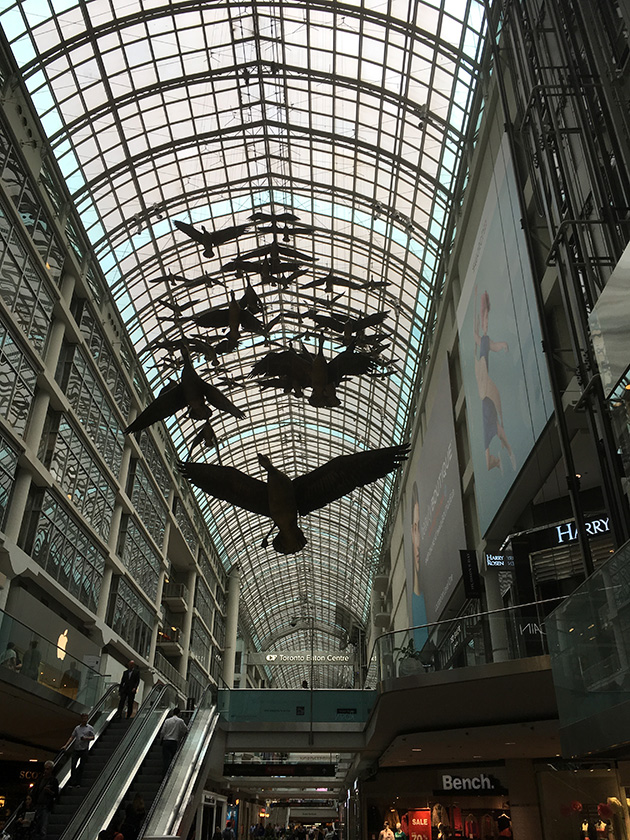 Toronto's Eaton Centre is home to an extraordinary installation of geese suspended from the ceiling, created by artist Michael Snow.

Toronto's Eaton Centre is home to an extraordinary installation of geese suspended from the ceiling, created by artist Michael Snow. When bags printed with Snow's geese were "enhanced" with holiday bows, the artist swiftly obtained a court restraining order.

The adaptations amused neither the artist nor the Canadian court, although they have delighted lawyers by providing the most frequently cited example of moral rights infringement under Canadian law. The depiction of Snow's geese without authorization on bags was characterized by the courts as a distortion, mutilation and modification of Snow's artwork and a misappropriation of his moral rights under the Canadian Copyright Act.

Designers beware: Imitation is not the sincerest form of flattery, even when "enhanced." The courts in most cases will decline to assess "artisticness," whether asserted as a cause of action or as a defence.

Likely smarting from his litigation experiences with Yves Saint Laurent over red soles that traversed courtrooms from Europe through North America, Louboutin seems to be turning his quest for inspiration to the public domain. The ability to see beauty in the mundane is a powerful fashion statement and clearly one that has found favour with consumers.

When a pyramidal spike element appears on the base of a golf shoe sole, it has a functional element. Designs for golf shoe spikes have been registered as industrial designs in Canada also for their eye appeal. And when a similar shaped element is sharpened to extend from the base of a snow boot, it may be effective in avoiding slippage on icy patches of the kind found on mountainous terrain.

But what function does the shape serve as a perfume bottle topper, a registered Louboutin design? Or when compiled as a clump of nailheads on the upper part of the shoe in the toe area, another Louboutin registered design? Or on the base of a Louboutin handbag (see image below? 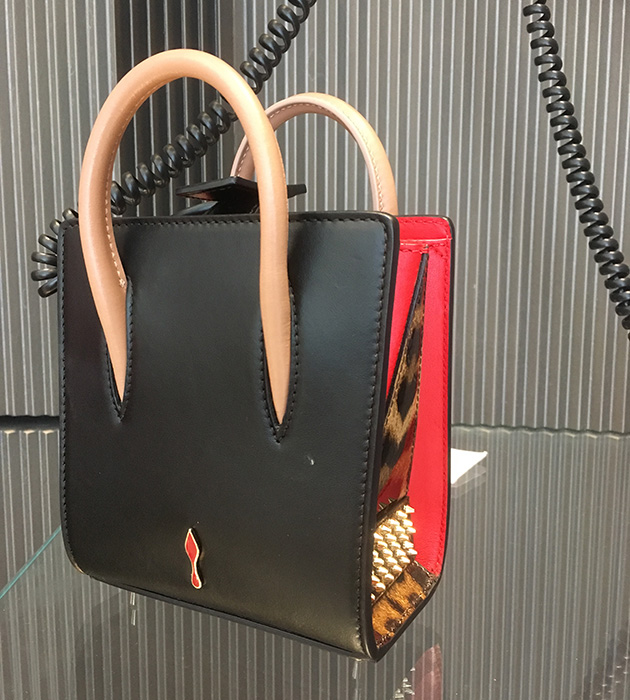 Louboutin's red sole as a design element of the handbag panel.


We identified some clues from the Louboutin.com website, with reference to a description of the Paloma bag: "The elegant and self-assured 'Paloma' is an impeccable handbag. Its portfolio structure of three compartments fastens together with a concealed pull-out snap tab. It stands on a pedestal of four metal 'heels' so it never has to touch the floor, and can be carried with the slender nude handles inspired by cabaret showgirls' legs."

We learned at the Hazelton Lane Louboutin outpost that purses are also personalities. The sales representative explained the necessity of putting "Her" (the female summer-coloured yellow handbag) carefully into the cupboard during the winter and returning Her to action during the following summer.

By personifying the purse, the persona of author/creator and consumer/user merge. The terminology is reminiscent of the moral rights of the artist/creator under copyright legislation.

1. In the fashion world, designers are both users and creators. This means that intellectual property can drive value both down and up. The value goes down if the inspiration from a pre-existing design, such as Snow's geese, is not based on permission to reuse and adapt the original. The value goes up when all of the rights in the original artwork, the brand and the design elements are securely controlled by the rightful owner.

2. An element (such as a nailhead) can be purely functional in one context (e.g., a golf shoe or winter boot sole) but, in another, can be purely aesthetic due to its eye appeal. As aesthetic, original works are protectable in the same way as other crafts for their artistic value.

3. It is helpful to check out the different bases for protection in each country, separately. Intellectual property laws provide both swords and shields that are different depending on jurisdiction. More than one basis of protection is sometimes necessary to stake out value.

In the world of fashion law, the risks associated with "designer beware" are rampant — but well overshadowed when function becomes aesthetic, and the wearer positively shines in the beauty of transformation. Values to treasure.

Andrea Rush is a lawyer in Toronto, who focuses on intangible fashion properties. She is a member of the law societies of Ontario and Quebec, and a registered patent and trademark agent, recognized by Chambers Global, Best Lawyers in Canada, WTR, and Who's Who Legal. Andrea was appointed by the federal government to a business services SAGIT re NAFTA, an expert committee on domain names, and has served on Stanford University's Advisory Program on Law Science and Technology. As lead counsel before the Supreme Court of Canada (communication of content over the internet, fair dealing) the Federal Court of Appeal (trademark appeals and judicial review proceedings) and Copyright and Trademarks Opposition Boards, Andrea has represented international trade associations and global brand owners.