Asbestos can be everywhere, so create a remediation plan 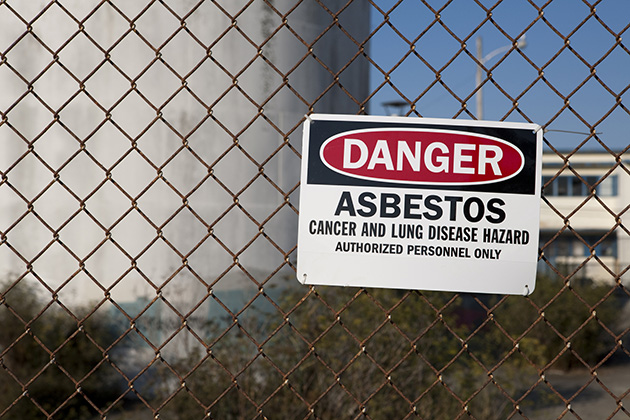 Aging institutional and commercial facilities continue to present trouble for occupants, visitors, administrators, and facilities professionals. They produce a host of liabilities to everyone that enters to work, live, learn, or consume services at a given facility.

One of the most prominent recent examples of these risks was a School District of Philadelphia building that was closed after asbestos damage was discovered inside, according to the Philadelphia Inquirer.

Franklin Learning Center (FLC) was shut to students and staff through Jan. 2. The damage was inside an air shaft. The school was the fourth in Philadelphia this school year into have its building closed because of asbestos.

Out of an “abundance of caution,” district leaders made the call to close the school immediately.

As Pennsylvania state Sen. Vincent Hughes said, “This is not just a Philadelphia problem. This is a statewide problem that needs both short-term assistance and long-term assistance.”

Asbestos is more than a local or regional problem, of course, and remains a thorn in the side of countless facility managers and leaders the world over.

Officials with USA Water Polo recently said concerns about the discovery of asbestos at a 2020 Tokyo Summer Olympics venue would be fixed at the water polo venue for this year's games.

According to reporting in a Japanese newspaper, The Asahi Shimbun, officials discovered insulation containing asbestos in two locations of the Tatsumi International Swimming Center in 2017. The asbestos was not removed during renovations to the arena.

Following reports of the asbestos issue, Tokyo 2020 organizers are taking "emergency countermeasures" to ensure the venue is safe for everyone.

Back in the United States, Dover Greens, an affiliate of Olivet University in Wingdale, New York, must pay a $575,000 penalty for violating asbestos removal regulations when it renovated the former Harlem Valley Psychiatric Center in 2013.

In the early 1900s, asbestos was commonly used in insulation and fireproofing products.

Asbestos is a known carcinogen connected to lung cancer, mesothelioma, and asbestosis.

In the 1970s, the government enacted regulations to protect people from exposure to airborne asbestos fibers during demolition and renovation projects.Even still, asbestos is everywhere and remains a real problem.

OSHA standards 1910.1001 and 1926.1101 require awareness training for employees who work in areas of buildings with asbestos-containing materials, which is mandatory for those who perform maintenance activities in buildings constructed before 1981.

According to the EPA, regulations under the Clean Air Act mandate practices for asbestos removal be followed during demolitions and renovations of all structures, installations, and buildings.

Also, state and local agencies may have more stringent standards than those required by the federal government.

Asbestos management should remain a priority for all facility managers. If a structure was built before 1980, there is a good chance that it was constructed with asbestos-containing materials.

Maintenance workers are at high risk for asbestos exposure in facilities that contain asbestos. Through repairs or the installation of new materials, asbestos can be disturbed, and workers typically don't protect themselves to prevent exposure.

Any damage or deterioration of asbestos-containing materials can cause asbestos to become airborne. Exposure occurs when airborne fibers are inhaled.

If asbestos is present, design an asbestos management plan, which requires an initial assessment of all asbestos-containing materials on-site to determine their condition. Such an evaluation is performed by a licensed inspector who is qualified to analyze asbestos.