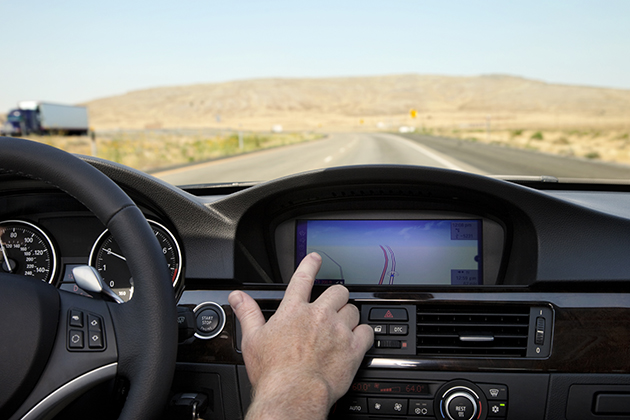 Two years ago, I wrote an article analyzing a study from the American Automobile Association’s (AAA) Foundation for Traffic Safety that warned of the dangers of distracted driving.

In a nutshell, the AAA study found that distraction was a factor in 10 percent of all fatal motor vehicle accidents and 18 percent of all crashes causing injury. It also concluded that driver texting and cellphone use roughly quadruples the risk of a crash.

Ever vigilant on matters of traffic safety, the AAA Foundation has just put out with another study on distractions behind the wheel — those being caused by the complex new infotainment systems being installed in an ever-increasing number of vehicles — including RVs.

Manufacturers say they're responding to driver demand for more sophisticated infotainment systems, but AAA warns that drivers are putting themselves and others at risk if they use the systems while behind the wheel.

In its study, AAA asked 120 drivers ages 21 to 36 to help study 30 different 2017 models, both foreign and domestic. Observing the subject drivers, researchers studied how long drivers took their eyes off the road to use infotainment systems — and how much mental energy they expended. Study participants were required to use voice-command, touchscreen and other interactive technologies to make a call, send a text message, tune the audio system and program navigation, all while driving down the road.

Programming navigation was the most distracting task, taking an average of 40 seconds for drivers to complete. When driving at just 25 mph, a vehicle can travel the length of four football fields during the time it takes to enter a destination — all while the driver is distracted from the most important task behind the wheel. Programming navigation while driving was available in 12 of the 30 vehicle systems tested.

None of the 30 vehicle infotainment systems involved in the study produced low demand on drivers, while 23 systems generated high or very high levels of demand.

"When an in-vehicle technology is not properly designed, simple tasks for drivers can become complicated and require more effort from drivers to complete," notes Dr. David Yang, executive director of the AAA Foundation for Traffic Safety.

AAA splits the blame for distractions caused by in-vehicle technology between automakers that build the complex systems and drivers who ought to know not to use them while their vehicles are in motion.

"Some of the latest systems on the market now include functions unrelated to the core tasks of driving — like sending text messages, checking social media or surfing the web — tasks we have no business at all doing behind the wheel," AAA President & CEO Marshall Doney said. "Drivers must avoid the temptation to engage with these technologies, especially for nondriving tasks."