Despite PR campaigns, distracted driving continues to be a problem 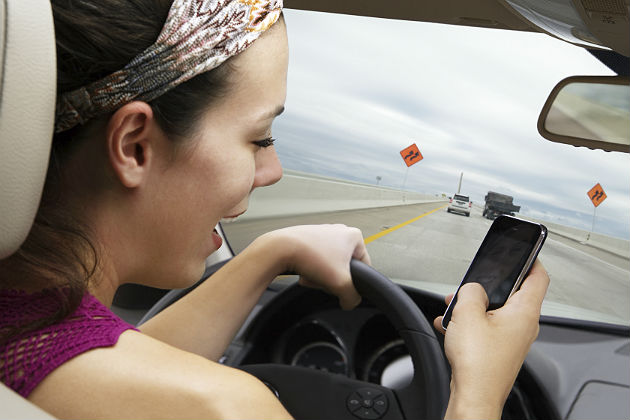 In case you haven't noticed, an intensive national campaign is being waged by the U.S. Department of Transportation, auto clubs and insurance companies to draw attention to the risks of using cellphones and texting while driving. But it turns out there's nothing really new about the issue of distracted driving.

In fact, you might be surprised and even a bit amused to learn that people totally freaked out when the car radio was introduced back in the 1920s. In 1930, laws were proposed in several states to ban radios while driving. An Auto Club of New York poll at the time found that nearly 60 percent of respondents deemed the car radio a "dangerous distraction."

Fast forward to 2015. There are now more than 327 million mobile phones in use in the U.S. (a number exceeding the total U.S. population), plus millions more tablets, e-readers and GPS units.

You can clearly understand how the quantum proliferation of such devices — and their increasing use while driving — has resulted in a serious traffic safety problem. The rapid influx of smartphones has created more multitasking distractions with drivers using their phones for accessing the Internet to read and respond to email.

There are scads of statistics from researchers that serve as evidence of this, but let's cut to the chase with the most relevant — and alarming — of them. A recent study by Virginia Tech's Transportation Institute revealed that taking your eyes off the road for more than two seconds doubles your risk of a crash.

A 2013 report from the AAA Foundation for Traffic Safety found that distraction was a factor in about 10 percent of all fatal motor vehicle accidents and 18 percent of all crashes causing injury. It also concluded that cellphone use roughly quadruples crash risk. The same study pegged the number of deaths in the U.S. resulting from distracted driving at more than 3,000 per year.

Cellphone use and texting aren't the only contributors to distracted driving.

Grooming, eating, quaffing that cup of joe, reading maps, using a navigation system, adjusting dashboard controls and conversing with fellow passengers are some of the common activities that can lead to accidents. One voracious motorist made national news recently when issued a ticket for munching on a Big Mac Double Quarter-Pounder while driving down a highway near Atlanta.

We've all observed similar infractions — and have quite likely performed some of them ourselves. Findings from another AAA study reveal an interesting paradox in that regard. 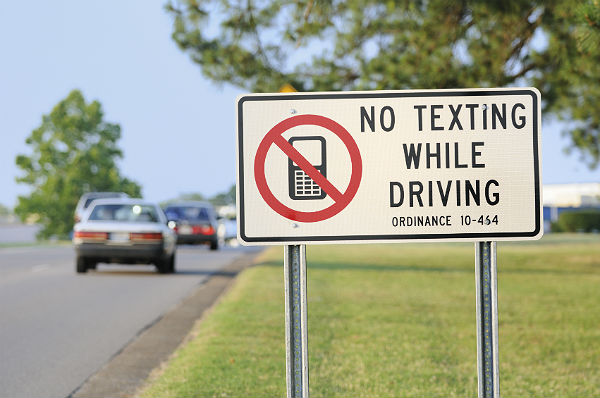 "The pervasiveness of a 'do as I say, not as I do' attitude toward distracted driving highlights the need to spread awareness of the risks and to work with drivers to increase safety on the road," said AAA Public Relations Director Nancy White.

Questions remain as to the effectiveness of the various public awareness campaigns. Studies do show a slight decrease in handheld cellphone use while driving. That's probably due to laws banning handheld cellphone use in 14 states and also in many cities, and because of the increasing implementation of hands-free phones.

White insists, however, that studies show "hands-free is not necessarily risk-free." She also notes that some laws prohibit drivers using handheld phones but allow hands-free use, which tends to confuse the issue.

Although banned in 39 states and the District of Columbia, texting while driving continues to rise — primarily among the 16-24 age group. In the minds of experts, this remains the most serious threat to safety on the roads.

Mercedes-Benz is leading the way with its CarPlay system and its tablet-sized screen featuring phone, music, maps and messages. Tesla's new Model S has a humongous touchscreen with a full web browser that doesn't automatically disable when the vehicle is in motion.

AAA, government agencies and the insurance industry are actively engaged in educating the public about the risks of distracted driving, largely by bombarding motorists with the common-sense edict to turn off their phones before driving or pull over to a safe place to talk, text or use email. AAA also has launched a legislative campaign to advocate for text messaging bans in all 50 states — an effort that appears likely to succeed.

In the fight for tomorrow, these same groups are beginning to pressure the automotive and electronics industries to build in the disablement of certain functionalities of voice-to-text technologies such as using social media or interacting with email and text messages so they are inoperable while a vehicle is in motion.