3 marketing lessons we can learn from Trump’s stunning victory 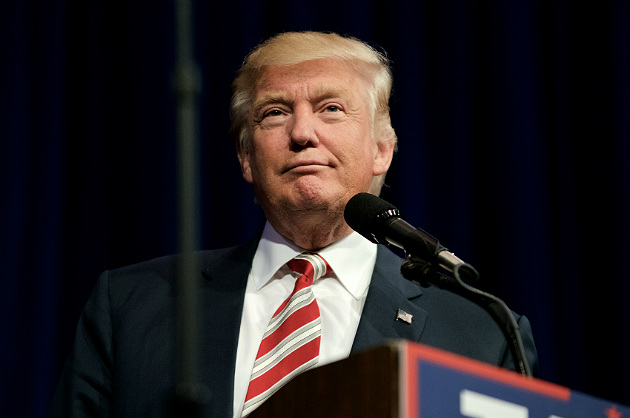 Donald Trump shocked the world by winning the bid to become America's 45th president. Pause for a moment to let that sink in.

Most experts and pundits predicted Hillary Clinton would cruise to victory, yet it was Trump standing on the stage smiling in front of a cheering crowd once the votes were tallied.

So how did a real estate and media mogul with a goofy hairdo and zero political experience suddenly come to be the next leader of the world’s most powerful nation?

It all boils down to some marketing basics. Say what you will about his policies and beliefs, but it's quite clear that Trump has always been a masterful self-promoter. Let's take a look at three lessons businesses can learn from the Donald and his victorious campaign.

From the moment he announced his campaign, Trump had one clear message.

"We need somebody that literally will take this country and make it great again. We can do that," he told a crowd of supporters last June at Trump Tower in New York. "So ladies and gentlemen, I am officially running for president of the United States."

For your business to break through all the noise in the marketing world, you must first establish your brand. Determine what your message is and what you stand for, then convey that message to your audience.

If you asked anyone across the U.S. in the last year what Trump's slogan was, they would be quick to answer: "Make America Great Again." And the red baseball caps with that message scrawled across the front were ubiquitous along the campaign trail.

Trump needed a strong brand to stand out in a crowded field of 17 candidates for the Republican primary, and it carried him all the way to the White House. While Trump wavered on his policies and views throughout the campaign, he never wavered from his message.

"America will no longer settle for anything less than the best," Trump said during his victory speech early Wednesday morning. "We must reclaim our country's destiny and dream big and bold and daring. We have to do that." 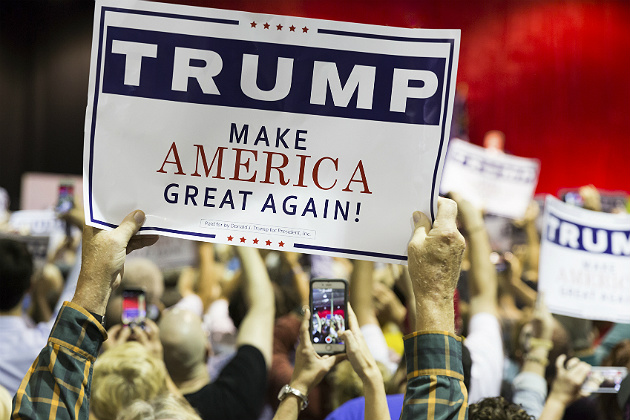 Trump's strongest supporters applaud his unpolished nature, the way he speaks off the cuff. When asked why they like him, they often responded, "He says what he thinks."

This stands in sharp contrast to Clinton. One of Clinton's biggest struggles throughout her political career has been connecting on a personal level with voters, who have described her as calculating, phony and two-faced.

Trump's words got him in trouble numerous times throughout the campaign — from mocking a disabled reporter to bragging about grabbing women by the privates — but it didn't sway his supporters. Despite the scandals, they were pleased with his transparency.

"I could stand in the middle of 5th Avenue and shoot somebody, and I wouldn't lose voters," Trump said in January.

That kind of loyalty is tough to find in the business world these days, but it begins with being authentic. Be open and honest with your customers and clients, and they will keep coming back.

Much has been made about Trump's divisiveness in his campaign rallies that blamed Hispanics, Muslims and others for America's problems, but it's clear that he found his audience and told them what they wanted to hear.

To build a following for your business, you must determine who your audience is. What are the demographics of the people who buy your products or services? Figure that out, then tailor your authentic message to them.

Despite being a billionaire from New York, Trump found a way to connect to working-class Americans through his "outsider" status as a political newcomer. And for all the talk about racists and bigots, it was the disaffected voters of the Rust Belt who delivered the victory.

While Ohio and Florida are battleground states in every presidential election, states like Pennsylvania, Michigan and Wisconsin were expected to go to Clinton. When Trump claimed Pennsylvania and Wisconsin, it was all over for Clinton.

The voters in these states have seen manufacturing jobs disappear or head overseas. They felt isolated in a rapidly changing world, and Trump's aim to "make America great again" struck a chord.

"The forgotten men and women of our country will be forgotten no longer," Trump promised his followers in his victory speech.

These three principles may seem simple, but Trump just proved how successful they are. Establishing your brand, being authentic and finding your audience will position your business for great things.