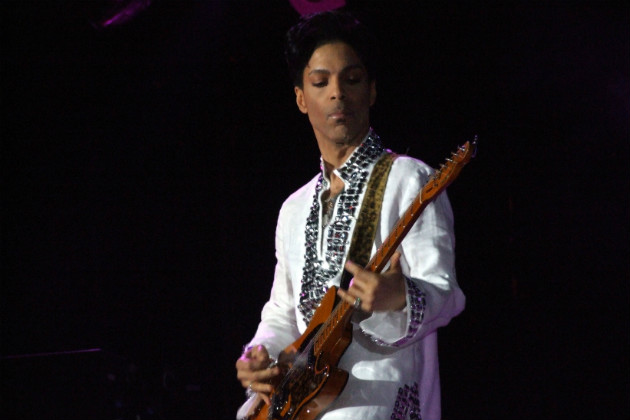 Whether you were riding around in your little red corvette, dancing around in your diamonds and pearls, or waiting for a kiss, the shocking news of Prince's death probably stopped you in your tracks. His ability to produce sounds of rock, pop and funk made Prince one of the most gifted artists of our time.

While it's a tremendous loss, we can celebrate his life and career by discussing three lessons taken from the rock legend who never let fear of judgment get between him and success.

Born to two musicians, Prince Rogers Nelson began playing instruments at age 7. By the time he was 14, he had taught himself to play piano, guitar and drums. It was like he was "born to do it." Prince and two childhood friends then started a band called Grand Central, and the rest of his career is history. He pushed forward through life with momentum and the desire to create music.

We all possess abilities we seemed to have been "born with." Determine what these are, and nurture them into fruition.

Do you have a knack for management? Are you a prolific writer? Is your brain hardwired to create? Anything is possible when passion and talent come together. This is clearly seen through Prince's countless albums and performances.

We're well aware how important personal branding is to our career. How can we be successful in what we do, if we don't know who we are as a person or employee?

Prince's brand was originality and appreciation for his trade. He also understood what it meant to not be complacent. While his fans were loyal, part of his allure was his ability to reinvent himself — even if it meant confusing everyone by changing his name to a symbol and referring to himself as "The Artist Formerly Known as Prince."

We work hard to create a personal brand. But it should also be known that risks and change can be worth it, as Prince proved.

Now, not all of us have the swagger and confidence Prince had, so that doesn't mean showing up to work and asking people to call you "The Employee Formerly Known as So and So" is going to win your colleagues over or score you a promotion. However, creating fluidity in your image shows you're willing to accept change and push past comfort zones.

Another key to personal branding is to always remain a student in your field. What's new on the horizon in your industry? What have you done to insure your skills don't get rusty?

Prince had a never-ending thirst for music, and he's known to have vaults of unreleased songs. He worked tirelessly to perfect his craft. As employees, we can also maintain an arsenal of up-to-date skills.

If you put your doves all in one basket, they may cry

While you may have nailed down your strengths and have been feverishly working to make the best use of them, it's also imperative to take a look around to see what other opportunities exist. You already know you're the best in your specific role, right? To gain better perspective of your company and industry, try putting yourself in the shoes of someone who's in a completely different position.

Throughout Prince's career, he took opportunities to go above and beyond. He didn't stop at playing one instrument — he played many. He didn't just record music — he produced it. He didn't just write soundtracks — he was also an actor.

Not every one of Prince's career choices was 100 percent successful. But he took risks, while remaining true to himself. His legacy will continue to inspire us to love who we are and not be afraid to fail. We can secure our individual legacy by taking advantage of the talents we were given, identifying our personal brand and continuously searching for opportunities to develop our skills.

And when all else fails, be yourself, do what you love and "get through this thing called life."