You only get one chance to fire an employee, so you better do it right 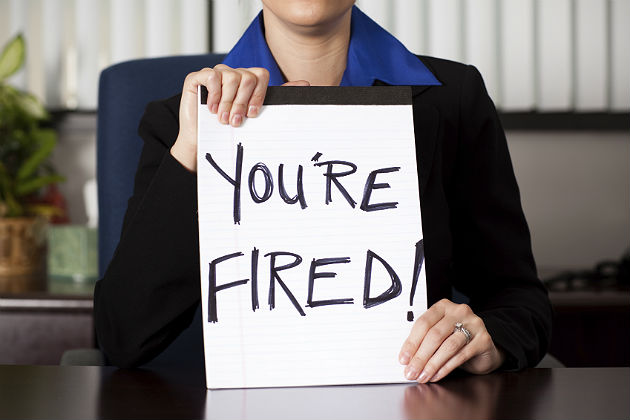 "I've had it. I'm going to fire her," Ernie said as I answered the phone. He was fed up with Barbara, his COO, who had been with him from the early days of his business's inception.

I knew Barbara and Ernie well. I'd worked with them separately and together as they helped build Ernie's business. Ernie, your quintessential leader, was free-spirited and visionary. He had a passion and exuberance that inspired his employees and transitioned prospects into customers.

Barbara brought balance to the equation. Practical and level-headed, Barbara had been instrumental in creating templates and processes. She understood Ernie's vision, but stayed focused in the reality of what needed to happen to bring those ideas into fruition.

Ernie had valued Barbara's grounded nature and global perspective in the early days. Her dedication to process and function, freed him to pursue the company's vision. But now, as the business had stabilized and grown, he felt inhibited by her involvement. Ernie recounted to me several instances in which Barbara's actions had restricted growth or interfered with his authority.

"I need to take back control of my company," Ernie said. "And she has to go."

Ernie said he called me for guidance on how to go about this. He wasn't concerned about litigation, he told me. He planned to compensate Barbara well for what she'd helped him to accomplish. But he didn't want to create a permanent chasm to their relationship. He'd been through that before with another termination, and it still haunted him.

I asked Ernie to share what he had planned to say. He broke into a mini-speech, role-playing his intended conversation with Barbara. He included details of why Barbara was no longer a good fit, how she would be compensated, and reminders of how they had not seen eye to eye on several issues. After he was done, Ernie shared with me that he wants it to go smoothly as he may need her on a consultancy level in the future.

"I'm glad you called," I told Ernie. "I don't think that conversation would have gone smoothly."

A critical point in terminating an employee is to remember that this final interaction will be a memorable and lasting one. It will overshadow most other interactions, and will largely determine the employee's attitude about you, and your organization, going forward. "Off-boarding" therefore, must be respectful, thoughtful and honest.

Here are some key points:

1. Be gentle, but get to the point. Terminations are typically uncomfortable for everyone involved, so don't make it worse by engaging in small talk. This wrongly suggests everything is fine just before the ax is dropped. Instead, give a brief warning statement that you "have difficult news to share." Then succinctly state that he/she is being let go.

2. Allow them to ask why. Give space for the employees to ask this and other questions (now, and in the stages that follow). Allow them the opportunity to feel heard. The process of terminating an employee is just that, a process — one worthy of a two-sided conversation.

3. Explain without blame. Share with the terminating employees the reasons things no longer work. Keep your focus on the actions/behaviors you had hoped to see, but which were not (sufficiently) occurring. Describing the absence of desired behaviors allows you to explain without blame. This helps mitigate defensiveness and denial, while also acting as a teaching moment for the departing employees.

4. Remind them of their value. Yes! After describing where they fell short, tell them where they had excelled or where you believe they will excel in their next job. For some employees this may be a harder stretch, but it helps support their ego, and facilitates their ability to focus their energy toward their next job.

5. Note your appreciation. Most employees have contributed to your organization — acknowledge this and thank them for it.

6. Go over logistics. The above five steps are all intended to be somewhat open and conversational. Now, you can (safely) transition into the logistics of the separation of employment. It is in this stage that you may begin to engage them in comments relative to the "exit interview."

7. Say your goodbyes. End the conversation by thanking them. It may be for their years of service, for their open sharing during this process of separation, or for other reasons. If you have a personal friendship with the person you are terminating, this is where you might reconnect on that level, speaking to how your (personal) connection will continue.

Other little, but important considerations include using a kind voice and keeping your demeanor professional but friendly. You only get once chance to fire an employee, so do it right.