Year of the Rat opens possibilities to publicize a rodent 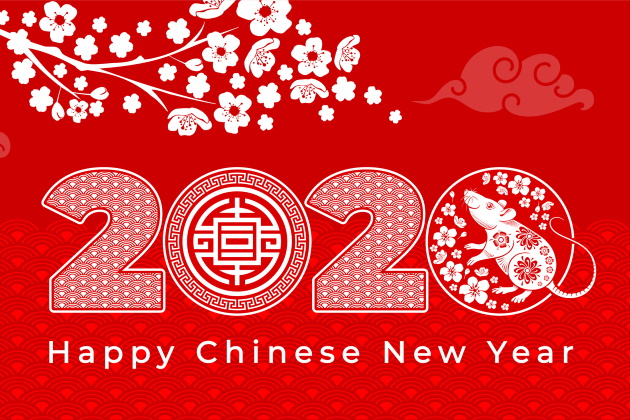 Rats are not exactly an honored species in America, but they’re about to get some attention this year. 2020 is the Year of the Rat, according to the Chinese zodiac.

The Lunar New Year, also called the Chinese New Year, begins on Saturday, Jan. 25, and smart marketers have figured out how to take advantage of a unique branding opportunity. The New Year kicks off 15 days of celebrations to welcome in the Year of the Rat, which last occurred in 2008.

The Chinese zodiac contains 12 animals, each getting its own year in rotation. The calendar dates to the 14th century, according to the University of Washington.

An outfit as esteemed as the U.S. Postal Service has seen fit to make note of the event and the rat by issuing a Forever stamp to mark the Year of the Rat, the Sierra Sun Times reported. The stamp was dedicated earlier in January at California’s Monterey Park Lunar New Year Festival. The two-day event features five blocks of entertainment and activities, and draws more than 50,000 people.

California isn’t the only place where they celebrate the rat, which succeeds the pig on the calendar. Celebrations and festivals run from New York to Las Vegas to San Francisco and smaller cities in between. When the calendar lays out 15 days to party, you’ve got to figure that communities are going to find a way to join the fun.

Tying the rat to food might be a stretch for some, but Krispy Kreme was willing to take the leap, at least in one location. A store in Nagoya, Japan, is the only place you can get your hands on a the Premium Mouse doughnut, which in addition to yellow cheese-inspired topping, includes chocolate mouse “ears,” according to Newsweek.

Clothing designers are capitalizing on the Lunar New Year’s mascot as well, offering takes on Mickey Mouse and the viral sensation of a rat hauling a piece of pizza through New York’s subway. Those designs are being issued by well-known names like Gucci, Nike and Rag & Bone, WWD reported. If you’ve ever wanted to sport a downtrodden rodent on your clothing, this year’s your chance.

If you want to haul your own pizza through the subways and not get caught, you can do that in a pair of New Balance running shoes, colored gray to highlight the Year of the Rat, according to Sneaker News.

In China, it’s harder to find marketing tied to the rat, Ad Age reported, pointing out that many companies have tied their budgets to the 2020 Olympic Games to be held in Tokyo. The magazine also alluded to the fact that rats are less appealing than some of the other zodiac animals.

The rodent is getting plenty of attention this year, so there’s no need to look down on the furry gray critter, at least not for the rest of 2020.

Bob Kowalski is a senior editor at MultiBriefs who has written for a variety of media, including newspapers in three states, most recently The Dallas Morning News. He and his family live in Mansfield, Texas, where he stays active in sports.