Would families be more active without homework? 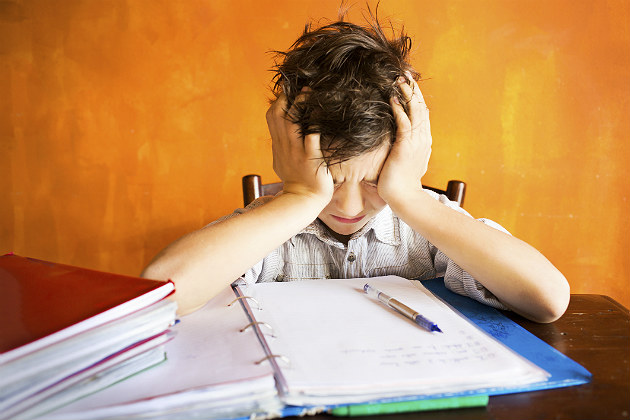 A movement is afoot to remove homework from schools, and — believe it or not — it's not being led by a group of defiant fifth-graders.

Parents and teachers across the country are questioning the value of the extra work and the strain on the schedules of students and their families. In some cases, teachers are leading the troops in what you might call a different type of "class" warfare.

Social media helped advance the cause when a thank-you letter from a Texas parent to her child's teacher went viral. At a meet-the-teacher night to start the school year, second-grade teacher Brandy Young of Godley, Texas, passed out letters imploring parents to spend family time eating dinner, playing together and reading.

"It’s not beneficial to go home and do pencil and paper work," Young told CBS News.

Author Bunmi Laditan started another viral movement when she informed her 10-year-old daughter's teacher that she would reduce the amount of homework this year, questioning why a girl that spends nearly eight hours a day in school should put in another two or three hours of work at home each evening.

The topic is so contentious that when students staged a campus protest at Evergreen State College in Olympia, Washington, one of their demands was to be excused from homework during demonstrations, Fox News stated.

The debate extends beyond America's borders. An attorney and mother in Kingston, Ontario, refuses to allow homework to intrude on her family's time, according to a report by the CBC network.

France's new education minister, Jean-Michel Blanquer made his first official act a resounding one: a requirement that homework be completed in school, not at home. Schools in Australia, England, Ireland, Scotland and Spain have instituted bans on homework.

Finland is widely referenced as a top nation in education, with students there placing high in international rankings. Early schooling in the Nordic nation focuses on social development and physical activity instead of academic instruction. Even in later grades, homework is light compared to assignments in other countries.

Despite the opposition, homework can pay dividends. Jadzia Ajemian sees the issue from two sides, as a Texas school teacher and a mother of two school-age children active in extracurricular activities.

"A benefit of homework is the student is given opportunity to practice a new learned skill," Ajemian told MultiBriefs Exclusive. "It also gives the teacher the opportunity to see if the student understands the skill, needs more practice, or has mastered it and can move on to new or more advanced skills."

More time for physical activity can pay dividends as well.

According to The 2016 United States Report Card on Physical Activity for Children and Youth, fewer than 25 percent of American children are meeting physical activity recommendations. And a study published earlier this week in the New England Journal of Medicine found that the U.S. has the greatest percentage of obese children at 13 percent.

Researchers brought together by the National Physical Activity Plan Alliance, which includes SHAPE America — the Society of Health and Physical Educators — found that 63 percent of children in the U.S. surpass sedentary behavior guidelines, showing that the extra time away from class can be put to good use in physical activity.

School officials are taking the lead, removing the homework decision from the hands of teachers.

At the Orchard School in Vermont, principal Mark Trifilio came up with the idea to abandon homework. When he presented it to his teaching staff in a summer meeting, he was surprised to see that all 40 educators supported his decision, according to The Washington Post.

Across the country, Washington state's Vancouver Public Schools enacted a similar policy, cutting homework from kindergarten through third grade, and adjusting assignment burdens for fourth- and fifth-graders, The Columbian reported.

But not everyone is on board with a decision to discontinue the extra study.

When schools in New York City removed homework, parents pushed back, with some stating that acquiring extra workbooks or software to take the place of homework was too costly. Some parents demanded that the school send worksheets home, The New York Times reported. One of the goals of the policy at Manhattan's P.S. 116 was to allow for what principal Jane Hsu termed "PDF," standing for "playtime, downtime and family time," the newspaper stated.

Ajemian, the teacher and mother, thinks a consistent schedule set by teachers and families would allow for better time management and improve the situation.

"Hopefully, the reduction or even elimination of homework would lead to families spending more quality time together such as dinners, talking and reading more together, or even perhaps do more physical activities together," she said.

That type of collaboration might hold the answer to the homework question.