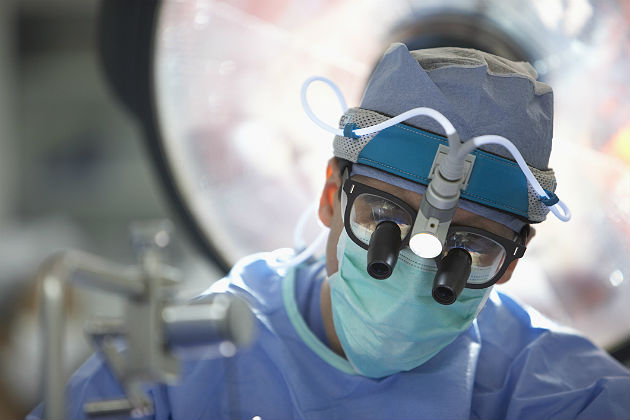 Aspen Erickson was only 2 months old when doctors diagnosed her with alpha-1 antitrypsin (AAT) deficiency. Her parents watched helplessly as their little girl experienced seizures and weight loss.

Auchelle Daniels, the girl's mother, recalls witnessing Erickson's first seizure: "She started seizing and twisting. She was unresponsive. They had to intubate her."

To have a chance at a normal life, Erickson would need a combined liver-kidney transplant (CLKTx).

At 16 months old, Erickson received her combined liver-kidney transplant on June 29 in a six-hour procedure at University of Utah Health Care. At the time of the procedure, the physicians did not realize Erickson would be the youngest person ever to undergo CLKTx.

The liver produces most of the AAT in the body. Low levels of AAT in the blood occur when the liver cannot release the substance at a normal rate, causing AAT to build up in the liver, potentially leading to liver damage. The primary job of AAT is to protect the lungs from environmental hazards, such as tobacco smoke, so low blood levels of AAT can lead to lung damage.

AAT deficiency is an autosomal recessive disorder, requiring a defective gene from each parent, but it is still the most common genetic cause of liver disease in infants and children. Approximately 10 percent of infants with AAT deficiency develop liver disease and show typical signs of jaundice. About 15 percent of adults with the condition develop cirrhosis.

AAT usually manifests itself as liver disease, primarily in children, and emphysema in adults. AAT deficiency also increases the risk for hepatocellular carcinoma.

Signs and symptoms of AAT can be devastating, especially for young children like Erickson. Symptoms relating to the lungs include:

Symptoms relating to the liver include:

For patients like Erickson, who progress to cirrhosis and liver failure, a liver transplant provides a metabolic cure and seems to prevent associated complications. A kidney transplant is the treatment of choice for patients in end-stage renal disease that may accompany AAT.

"It was incredibly rewarding. We follow these children when they're small, and they spend most of their lives sick," said Robin Kim, M.D., surgical director of liver transplantation at University of Utah Health Care. "Now she's playful. She has a bright future ahead of being able to go to school and play sports. She has her life ahead of her."

Instead of worrying about her daughter's health, Erickson's mother now watches the little girl ride her tricycle, play with her dolls and enjoy time on the backyard swing.

"She started to get smiley, then she started laughing. Before that point I'd never really heard her full-on laugh," Daniels said after the transplant. "She's definitely a new little baby."