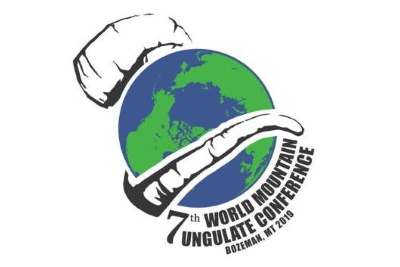 “What the heck is a mountain ungulate?”

An Instagram follower asked this after I posted about attending the 7th World Mountain Ungulates Conference in Bozeman, Montana.

It is a good question.

Ungulate, after all, is sort of a strange word.

The quick explanation is an ungulate is an animal with hooves and a “mountain ungulate” is any of the variety of sheep, goats, deer and antelope that inhabit the hills and highlands of the world.

And from Sept. 10-13, the Wild Sheep Foundation, along with partners like Safari Club International Foundation, brought together researchers from throughout North America and around the world to report on the latest findings and ponder questions of mountain ungulate management.

Researchers and managers from Mexico spoke of forward-thinking and effective desert bighorn sheep restoration in the state of Sonora. The Sierra El Alamo project spearheaded by landowner Javier Artee and family and The Wild Sheep Foundation has seen nearly 100 bighorns restored in a former hotbed for the species. 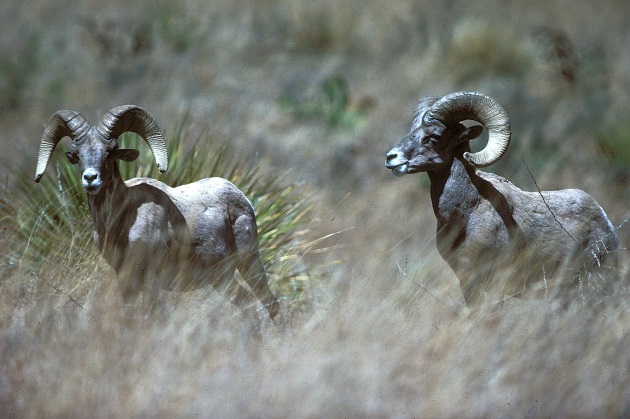 Tayler Lasharr from the University of Wyoming detailed a study on the issue on whether current harvest practices for bighorns are evolutionarily sustainable.

It was a hot topic of the event and was touched on in several presentations.

This particular study concluded that “…While harvest regimes are an important consideration, horn growth of harvested male mountain sheep has remained largely stable, indicating that evolutionary changes are an unlikely consequence of harvest in most of North America.”

Manzoor Qureshi of Gilgit, Pakistant presented “Trophy Hunting As Sustainable Use And Conservation Tool” and dealt specifically with markhor, which are highly prized by hunters around the world.

It was noted hunters have paid upwards of $100,000 for markhor there and the country was also looking to build non-consumptive wildlife-based tourism from the presence of snow leopards and other wildlife.

The hunter’s claim that money from hunting goes back into local communities was questioned by some of the presenters during Q&A sessions.

And while no definitive answers were given, as to actual percentages that stay in villages and rural communities, anecdotally most conceded that hunter dollars were a boon to conservation and a barrier between wildlife and poachers.

Not all presenters dealt with hunting-centric issues.

Tal Halevy of Ben Gurion University of the Negeve in Israel, for example, spoke on Nubian ibex moving into cities and villages and becoming accustomed to people.

It was surprising to hear that more than half of the Nubian ibex population dwells in Israel and that these typically shy cliff-dwellers were showing an ability to adapt to populated areas.

Predation was a hot topic with an opening address focusing on changing behavior in North American wolves and their impact on wildlife and presentations addressing cougar and snow leopard predation on ungulates.

As would be expected, opinions in the room differed on predators but tempers never flared, although they might have sparkled a time or two. Recapping the whole conference would be a foolish endeavor as it was simply too detailed and in-depth to give justice here.

My mission is to give my perspective as a wildlife journalist who is equally be at home with a rifle (or bow) in my hands as he is reporting on mountain ungulate management.

The following are my takeaways:

Mountain sheep hunters in particular are serious about getting management right. They have no problem questioning management from a scientific level and are willing to adjust if necessary.

On the same token, mountain sheep (and goat) hunters and related conservation organizations are the ones funding the vast majority of management of these species. There is little money in North American fish and wildlife departments to fund these initiatives, much less in poorer Asian countries. The current global hunting system is not perfect, but if it falls because of political pressure, mountain ungulate populations will suffer in many areas-greatly.

Predator management in relation to ungulates will likely be the single greatest challenge facing the North American wildlife community. With the scandal that came with the “Cecil The Lion” story and a genuine ignorance on predators by the American public, dealing with increasing wolf numbers and cougars in particular will be a monumental challenge going forward.

Genetics is opening a new level of understanding of these magnificent creatures. And it may very well be a key to saving them. An attempt in Washington to create a strain of domestic sheep free from diseases communicable to bighorns could help ease some conflicts between federal land grazers and wild sheep managers.

It was a gathering that shows while there are many differences when it comes to wildlife of the highlands, there are talented people doing great things to us conserve them.

Seeing that long was worth the trip from Texas to Montana but of course seeing a grizzly sow with cubs in Yellowstone before the conference began wasn’t bad either.

Both inspired me to report more on the creatures that live in and around the mountains of the world.