Workplace romance: Happy ever after or a lawsuit waiting to happen? 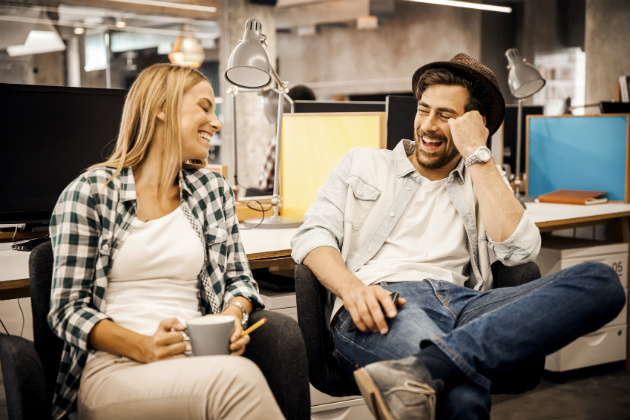 The average person in the workforce spends eight hours a day at work — 40 hours a week. This time represents more waking hours than are spent doing anything else. Co-workers often become friends for life: as close as, if not closer, than family members. So, it’s no surprise that people would also find romance at work.

In a Society for Human Resource Management (SHRM) survey conducted before the #MeToo movement gained steam, 24 percent of employees reported that they either had been or were currently involved in a workplace romance.

But is this a bad idea? "Because it is rather natural for individuals to meet at work, share common experiences and interests, and potentially socialize, date, enter into a romantic relationship or even fall in love, workplace romances are not necessarily a bad thing," according to Beth Zoller at XpertHR.

However, there are so many factors to consider that it becomes difficult to definitively say whether this is good idea or not.

"Each situation will vary, depending on company culture and policy, the nature of the job or assignment, and the power dynamics of the relationship," according to Sharon Schweitzer, an international etiquette expert, author, and founder of Access to Culture. She doesn’t believe that all office romances are doomed, but does think they’re a heck of a lot more complicated — and there’s certainly more pressure — compared to meeting someone at the local grocery store.

"Many people have been happily married to previous colleagues for years; meanwhile, others go through divorces with company-wide ripple effects," Schweitzer says. "Flush out your motivations, why you have these feelings, and assess the best way forward."

She also advises considering potential outcomes. "What if either of you got transferred to a different department? Could this have a negative impact on your position or personal brand? If the romance didn’t work out and you broke up, would you be able to continue working together? What is going to be best for both of you, and your company, moving forward?"

According to the SHRM survey, the most common response among companies is to transfer one of the employees to another department. However, companies are usually moving someone to an open slot — they’re not putting a lot of thought into finding a position that helps to further your career.

So, it could stall your career if you’re the person being transferred and your new position isn’t comparable. The second most popular response was counseling (32 percent), followed by a formal written reprimand (21 percent), and termination (20 percent).

You should also consider how the workplace romance might affect your professional reputation. "It may make your peers feel uncomfortable," Schweitzer says. "When you’re at work, try to be professional, avoid lingering looks and touches, and remember PDA doesn’t go unnoticed."

In fact, it may be your peers who alert HR to the romance. In the SHRM study, 67 percent of companies found out about a workplace romance through gossip, and 61 percent said someone actually reported it to the HR department.

"Be aware of power dynamics, especially when it comes to a subordinate female and higher-ranking male," Schweitzer says. "Whether the two potential lovers are peers at the time or not, someone is always higher in the hierarchy, and this adds politics, drama, and possibly, harassment, to the equation."

And if you’re a woman, she warns that gender does matter. "As a female engaged in a workplace affair, you have more to lose," Schweitzer says. "Women may have another hurdle to leap, jeopardized job stability, and an altered career ladder."

At the time of SHRM’s survey, 99 percent of the organizations that had a workplace romance policy in place absolutely forbade a romance between a supervisor and a direct report, and 45 percent did not permit romances between employees when there is a significant rank difference.

But if you’re a consenting adult, shouldn’t your romantic escapades be your own business? Not when they have the potential to affect the organization. When asked why workplace romances were not permitted, the survey responses were as follows:

"It is just absolutely critical for an employer to be aware of the risks, set ground rules and properly monitor and manage romantic relationships," Zoller says. "This is particularly true in the age of #MeToo, in which a spotlight has been shined on the issue of sexual harassment in the workplace and the line between appropriate and inappropriate workplace conduct is increasingly blurred."

Be aware of the risks. Recognize the immense damage workplace romances can create among co-workers from decreased productivity, efficiency, and morale to making co-workers feel uncomfortable and creating a hostile work environment.

Additionally, there is a risk of harassment if the individual being pursued is not interested, and a risk of retaliation by one party towards another if the relationship ends on a sour note. When it comes to relationships between supervisors and subordinates, risks are heightened.

Follow up on harassment claims. If an employer knows or should know of a potential act of harassment or inappropriate touching, the employer must take action by documenting the complaint, and investigating the situation and attempting to take corrective action.

Depending on the severity of the conduct, an employer should not hesitate to impose discipline up to and including termination. All individuals in the organization must be held accountable to the same standards of conduct and no one should be afforded special treatment.

An employer must make sure that all conduct is voluntary and consensual. If the individuals dating are in the same reporting line, an employer may want to consider transferring individuals or changing shifts or lines of reporting. In doing so, the employer must be careful not to take any action that will adversely affect the subordinate employee.

Consider using a love contract. An employer may want to consider requiring that two individuals who are dating or romantically involved sign a love contract indicating that they are voluntarily engaged in a romantic relationship and the relationship will not negatively affect the workplace.

The love contract should also set forth that the participants are aware of the employer’s sexual harassment policies and rules regarding appropriate workplace conduct. In essence, the contract will memorialize the consensual nature of the relationship and protect the employer from future harassment claims in the event that the romantic relationship ends.