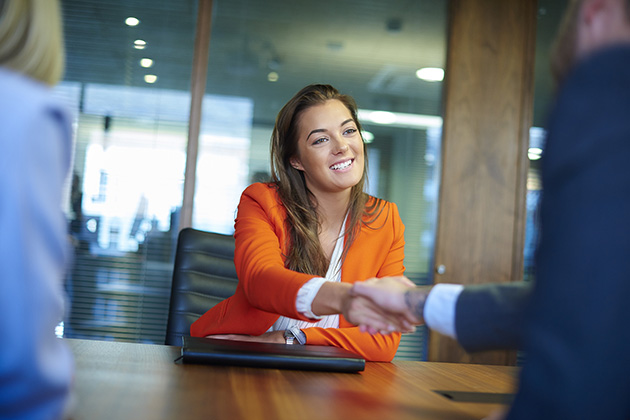 In 2016, Nicola Thorpe, a London-based temporary receptionist at one of the Big Four accounting firms, gained international attention when she was sent home from work for violating dress code, which required women to wear heels between 2 to 4 inches high.

Thorpe started a petition in the U.K., which led to a fierce debate. The dress code came from Thorpe’s temporary employment agency, not the accounting firm.

And, the temp agency’s dress code also included other stipulations. For example, fingernails should be neutral, pink, red, plum or gray. Makeup — which should include blush, lipstick, mascara, foundation, and eye shadow — is necessary at all times, and should be regularly reapplied when needed. Also, hair color should be refreshed to ensure there are no visible roots.

After receiving intense backlash, the agency revised its policy to read that makeup should be subtle and shoes should be black, clean, polished and in good repair.

"As attorneys and HR professionals like to say, the answer is ‘it depends,’" according to Robin Schooling, head of people at Strio Consulting | Rocket Power and co-host of the DriveThruHR podcast.

"We still find, in very traditional environments, there is a desire to have meticulously spelled out rules." In fact, Schooling says she’s actually seen dress policies that specify the acceptable size of pockets on a pair of slacks.

An OfficeTeam survey found that 56 percent of workers would prefer a more relaxed dress code. However, 41 percent admitted they don’t always know if a particular article of clothing is work appropriate or not. Interestingly, 48 percent would choose to wear a uniform to work.

Your work environment may also determine the appropriateness of a dress code. For example, in Silicon Valley, employees wear jeans with a T-shirt; hoodie; or untucked, button-down shirt. But that’s a casual, laid-back environment that caters to younger workers and customers.

Quint Studer, founder of healthcare consulting firm The Studer Group, and author of “Hardwiring Excellence,” believes that sometimes dress codes are quite necessary. "Recently I was in a company in New York and this is a company that caters to conservative customers."

Studer says he saw a lot of employees casually dressed in blue jeans. "While I thought it was neat, it was almost like they were going out to a night spot."

And that might be a turnoff to some people. "I would tell you as a customer who's going to spend serious money with them, I would question it a wee bit," Studer says.

So, what should you consider when weighing the pros and cons of having a dress policy for your employees? "Dress codes are not about control, they are about safety, first, and customer perception, second," according to HR expert Tim Sackett, president at HRU Technical Resources, and author of "The Talent Fix: A Leader’s Guide to Recruiting Great Talent."

If it turns out that the answer to both problems is no, Sackett says you have a problem. "You’ve got an unnecessary dress code that is only in place to control employees, and that’s a bad employee experience," he says.

This doesn’t mean that employees should be able to wear swimwear (unless they’re lifeguards), or arrive at work in pajamas and hair rollers. But it does appear that companies really like to exercise control over their workers and will punish those who don’t comply.

For example, a Simon Jersey survey of U.K. workers reveals that 65 percent of employees thought they were overlooked for a promotion of pay raise because of how they dressed. Are these workers paranoid? Well, 37 percent of managers admitted they didn’t promote an employee or give them a pay raise because these employees routinely dressed inappropriately.

But, even if you decide that a dress code is necessary, the policy doesn’t have to be oppressive.

For example, Schooling’s company has a policy that treats employees as adults. "We expect you to dress appropriately while adhering to any norms and expectations for the role and the location; common sense is the guideline," Schooling says.

Some companies may want a more descriptive dress code, and Studen believes that sometimes, it can be confusing for employees to understand what’s appropriate and what’s not acceptable.

"I think the best way to create a fair policy that will be embraced by both sides is to include the employees when deciding what the dress code should be," Studen concludes.