Working together on a license to chill 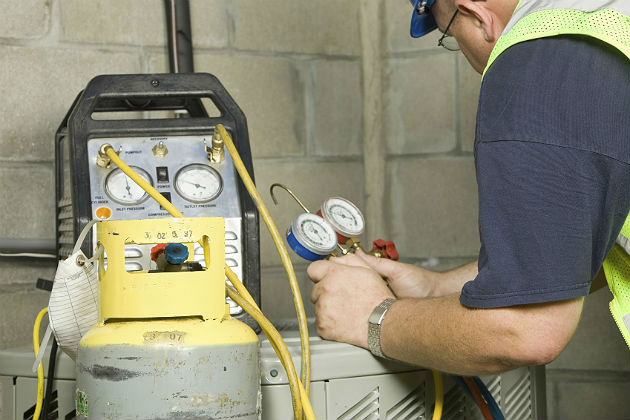 The announcement last month that AHRI and the United Nations Environment Program had agreed on co-operative development of the so-called "refrigerant driving license" (RDL) has been greeted favorably in Europe.

European cooling contractors body AREA was instrumental in inspiring the search for global engineering standards. Together with other refrigeration bodies, AREA welcomed the prospect of embedding consistency among engineers, from whatever country they hail.

The sense is very much that the lessons learned with preparing engineers for the rigors of F-Gas can be exported around the world — particularly as there is a new challenge in our midst: the so-called "mildly flammables."

In Europe, the F-Gas Regulation's emphasis on lower-GWP refrigerants is spurring the introduction of these new mildly flammable alternatives like HFOs and R32, which bring with them new challenges for those who use them. This trend will soon make its way to the U.S., with the EPA already putting measures in place for lower-GWP alternatives by way of the SNAP system.

Inevitably, this will be followed by other parts of the world. So those who have been involved in the quest for development of common standards believe this is a great opportunity to embed the proper safe handling and use not only of mildly flammable refrigerants, but also higher pressure ones such as carbon dioxide.

According to Graeme Fox, former president of AREA, the concept of some sort of a global "driver's license" for engineers was first mooted discussed informally back in July 2013 in Milan. The discussions led to Fox being invited to address AHRI's first Global Supply Chain conference in New York in January 2014.

"I was invited at the time as AREA president to address the concerns surrounding the safe and responsible use of alternative refrigerants, including the impending proliferation of the A2L (mildly flammable) gases," Fox said. "In particular, there were concerns over R32 and the lack, at the time of appropriate working equipment."

According to Fox, the UNEP attendees in New York were particularly concerned about the lack of knowledge globally surrounding working safely with the A2L refrigerants.

"The concern was that, while here in Europe and in North America there are standards that are adhered to — although not always rigorously enough — there are many areas of the world where engineering standards don't really exist," Fox said. "This brings serious safety and environmental concerns when these areas begin using alternative gases. This is particularly so, when you consider the need for their use in retro-fits or field repairs."

Naturally, he says, incidents or accidents involving engineers anywhere in the world would only serve to undermine the attempts to raise the standards and professionalism of the global cooling industry. Additionally, from a commercial point of view, such incidents can undermine public and consumer confidence in the equipment itself — even though the cause is more due to lack of operational knowledge. 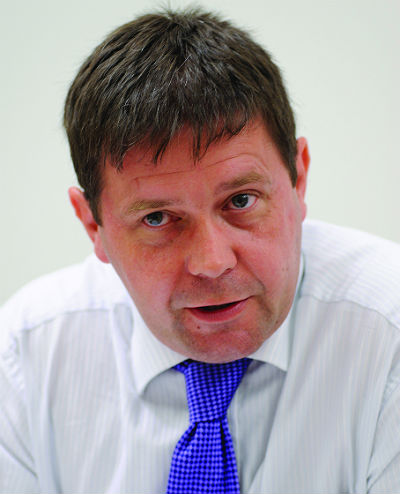 Thus, Fox says the RDL concept aims to set a minimum standard of competence for RAC technicians working with all refrigerants all around the world.

"It will naturally fall at a lower level than that of our own F-Gas technicians or U.S. NATE-certified technicians," he says, "But we at AREA and AHRI believe that, as the standard bearers and drivers of industry improvement, it is right that we lead from the front in developing and improving the skill levels of everyone working with refrigerant gases."

But Fox also points out that just as having an F-Gas qualification doesn't automatically make someone a refrigeration engineer, neither will having an RDL.

"What it will do however, is it will ensure that technicians in the developing world working with potentially dangerous refrigerants do have some basic knowledge of how to handle and work with all refrigerant gases, along with an understanding of the specifics of different refrigerants in relation to flammability, toxicity, pressure, etc.," he said.

The RDL is aimed at parts of the world where there are no trade associations, no real working standards, and little or no enforcement of safe working practices.

"From an environmental perspective, I have long argued that keeping systems leak-tight is essential, not only to maintain efficiencies but also to minimize emissions of greenhouse gases," Fox said. "With the likely downward trend of global warming potential levels for gases resulting in ever more flammable gases in general use, keeping these gases in leak-tight systems is even more important."

Fox says the work carried out by AREA and industry in developing and determining the competency levels for the F-Gas Regulation and EN13313 over several years will be the starting point for setting out the competency needs for the RDL.

It may be that different levels of RDL are set — in the same way that a driver's license allows you to drive a car or a small van up to a certain level, but to drive a bigger van or a motorbike requires some further testing and qualification, he says, noting that it is early days in the discussions.

However, Fox concedes the difficulty in driving the project forward will be in persuading people in the wider industry of the benefits.

"As the project is being run by American and European contractors and manufacturers," he says, "there is a natural concern that the RDL could result in another tier of legislation when we've just gone through another round of F-Gas standardization that hasn't even been implemented on a national level yet."

In the U.K., the AHRI announcement was welcomed by the Air Conditioning and Refrigeration Industry Board (ACRIB).

"It was fairly clear, many months ago, that the European Commission expected the F Gas Regulation to be acknowledged as an exemplar in any negotiations leading to a global agreement on greenhouse emissions reduction," said Mike Nankivell, chairman of ACRIB's F-Gas Implementation Group. "Equally clear is that this would also require a global agreement on minimum qualifications for refrigerant handling — the EC F-Gas Regulation can provide an excellent foundation for this."

Nankivell said a key benefit would be the fact that the RDL would build upon existing work.

"The obvious advantage is that there should be no need to 'reinvent the wheel' as this area has been comprehensively researched and legislation already implemented in most if not all EU member states," he said.

He added that he hoped the groups working on the RDL would seek the input of those who had already been through the "journey" in developing robust engineering standards to meet the F-Gas regulations.

Overall, Fox thinks the RDL project will be the natural fruition of lots of groundwork by AREA on raising skills globally.

"It naturally follows on from the work that AREA has been involved in with UNEP for some years now, where our vice president has been traveling widely to discuss training needs from Kazakhstan to the Sudan," Fox said. "We look forward to working closely with both UNEP and AHRI in bringing this concept to fruition.

"The RDL is an exciting and truly international cooperative project."