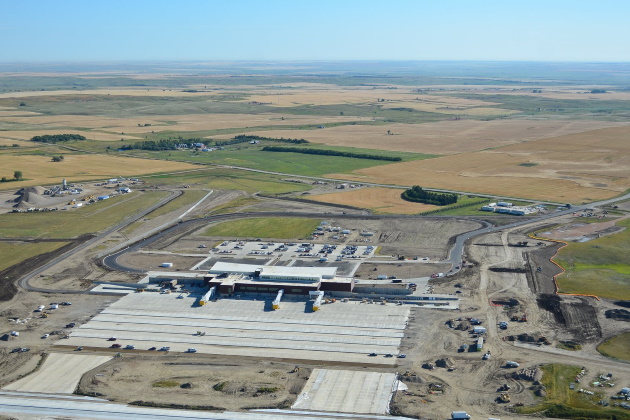 America’s newest airport opened to passengers on Oct. 10 when United Airlines Flight 4643 touched down, commencing a new era of connectivity to this growing part of North Dakota and its important oil fields.

Williston Basin International Airport (code: XWA) is located 10 miles northwest of the city, which is itself in the northwestern part of the state. The region is home to the oil fields operated in the Bakken Formation. The area is currently experiencing a boom in output and drives the local economy.

Williston was traditionally served by the much smaller Sloulin Field airport close to downtown. However, this facility, which opened in 1947, could not expand any more, limiting the number of passengers that could be handled by its tiny terminal and the aircraft sizes used by airlines.

A decision to replace the airport was explored as early as 2011, with groundbreaking on the new site taking place in October 2016. Meanwhile, at its peak, Sloulin Field was handling over 120,000 passengers per year in facilities recently upgraded to handle 10,000.

The new Williston airport has been designed to handle much larger aircraft as well as growing passenger demand from the outset. With its opening, Sloulin Field will close down.

It is the first new commercial airport in the United States since Denver International opened in 1995 to replace Stapleton International. Then, as now, United Airlines was the first to fly into the new facility. Flight 4643 from Denver was operated by an Embraer 145, a service which will be flown daily, and will soon be complemented by a Delta Connection link from Minneapolis St. Paul.

Building a new airport on a completely undeveloped site brings enormous costs and challenges. Williston has cost an estimated $273 million.

Commenting recently, Kevin Ploehn, Billings, Montana’s director of aviation and transit, said, "You have to build all that infrastructure underneath, get all the lights and all that — so it’s an expensive deal. And then to build a new terminal from scratch and then try to move everybody over — that’s a challenge, absolutely a challenge — I’m glad it’s them and not me." 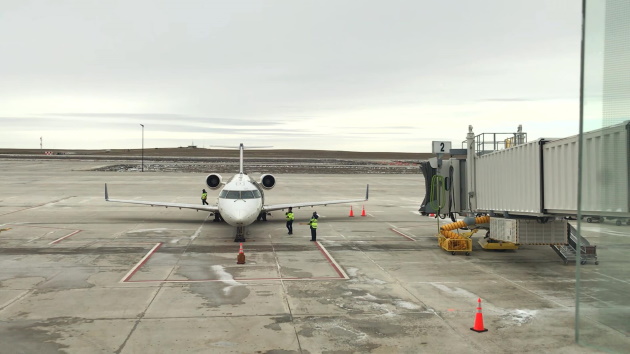 Built into Williston is the ability to expand, which Sloulin Field could not do. While a couple of daily regional jets is the norm at the moment, the ability to handle larger jets and with greater frequency will enable the city to work with the growing oil industry and welcome more business users and workers, and a growing local population.

"The opening of the Williston Basin International Airport is a monumental achievement that will greatly help to serve our growing population and business community in western North Dakota," said Kyle Wanner, the North Dakota Aeronautics Commission executive director.

The new airport features two runways, a passenger terminal with four gates (three of them with boarding bridges) and the capacity for 350,000 passengers per year. A short link road connects the airport to U.S. Route 85.

Airport Director Anthony Dudas considers the project an overwhelming success and is looking forward to seeing the airport grow. "While it's been nine years through its initial infancy to where we're at today, that is the fastest that I'm aware of that it's even been accomplished in commercial service airport relocation, from its idea to actual commencement of operations," he said.