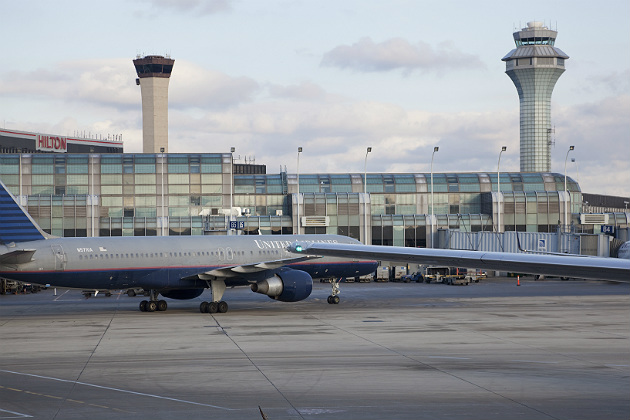 As it teeters just under the top position of busiest airport in America, Chicago O'Hare appears to be making all the right moves to address its difficulties and bottlenecks as it pushes ahead with upgrades.

On July 15, Chicago Mayor Rahm Emanuel announced that Terminal 5 — the airport's international terminal — would be expanded for the first time in its 23-year existence. The 21-gate terminal will see another nine gates added, and 25 percent more space, supporting 1,100 jobs. Terminal 2 will also be modified under the plans, with the domestic terminals remodeled into a new central terminal area.

Currently the world's second-busiest airport in terms of take-offs and landings, O'Hare has been plagued by one of the worst records for delayed flights in the country. So will these new improvements help tackle this problem?

On the face of things, adding gates and expanding Terminal 5 will increase the capacity of the airport, potentially piling thousands more passengers per hour through the crowded departure areas and TSA checks.

This comes in the middle of a period of significant growth and remodeling of the runway pattern at the airport, adding a number of new runways, while closing others, and creating a much more efficient flow of simultaneous arrivals and departures. Doing so, again, has increased the capacity of the airport.

However, the opportunity to remodel and grow the terminals, and the new central domestic terminal area, gives the airport authorities the chance to rethink the spaces to better suit demand. It should allow passengers to make easier connections, or leave the airport much faster.

"We are all very mindful this is a historical opportunity to get it right for O'Hare," said Ginger Evans, the aviation commissioner.

"This is an important step forward," Emanuel told the Chicago Sun-Times. "From adding more gates and improving the international terminal, to constructing the most efficient runway system in the country, we are ensuring that O’Hare continues to be an economic driver for the city of Chicago long into the future."

The expansion, which is expected to cost $300 million, is to be funded by passenger facility fees and the sale of bonds, and will not require taxpayer money.

Airlines, which will also contribute to the costs, are broadly positive about the news. United Airlines president and CEO Oscar Munoz said, "As Chicago's hometown airline, we are committed to building a stronger, more vibrant O'Hare that will help elevate the travel experience for our customers."

Meanwhile, American Airlines chairman and CEO Doug Parker said, "Over the next 18 months, before the expiration of our current lease, American Airlines will continue to work with the City of Chicago to propel the customer experience at O’Hare into the future."

Progress on the major expansion works at O'Hare has been swift, with another runway (its ninth; 09C/27C) due to be opened in 2020, along with an efficient new cross-field taxiway system to help reduce delays further. The construction of more terminals has not been ruled out.