Will the safety of houses of worship become a new focus for law enforcement? 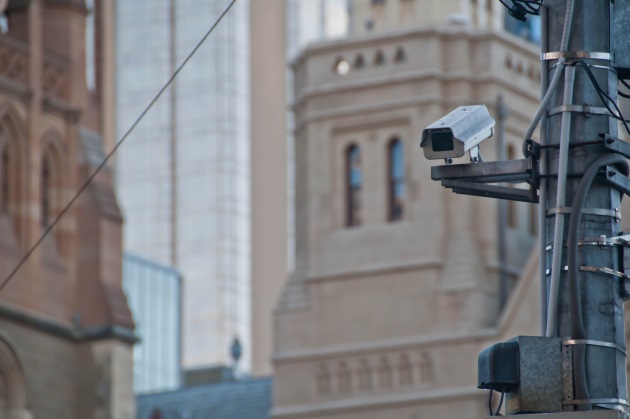 If the past years have seen an increase in mass shootings, the past few months have featured a slew of extremist attacks on houses of worship. One of the latest horrifying attacks was on a congregation of worshippers at a synagogue in California.

Houses of worship have always been synonymous with places of refuge. But these attacks have turned them from sanctuaries in the truest sense of the word to being targets of hate. Some people are now concerned and fearful when worshipping.

We remember the infamous Ku Klux Klan attacks on the 16th Baptist Street Church in Birmingham and other black churches during the civil rights era with shame. Then, there were a series of attacks on synagogues and mosques in the 1990s and following the 9/11 terrorist attacks.

Since 2016, such hateful attacks have increased and not just in America. Some blame it on the rise in white nationalist violence, but we hear of terrible tragedies that have befallen innocents across the world where there is no or little white supremacist behavior. Even peace-loving New Zealand is not spared, as the terrible attack on the Al Noor mosque demonstrated.

America is not dogged by sectarian violence like some countries, but yet we now have our churches installing security cameras; rabbis and priests getting concealed weapons permits; and clergy members and church staffs training to combat active shooter situations.

Some are also opting for regular target practice along with their congregants. For special events, those who have the budget are even hiring special security agencies. The next generation of active shooter response training needs to keep all these developments in mind.

Following the attacks in New Zealand, American police have stepped up security protocols for houses of worship. In places like Dearborn, Michigan, and Chicago there are increased patrols around mosques so that worshippers feel safe and secure during service.

In areas where white nationalism is on the rise, law enforcement has to work hand in hand with local and federal authorities to halt the process of radicalization and save lives. They can do so by setting up some necessary checks and balances.

These include better, faster and more effective reporting on hate crimes; an increase in staffing; and having departments focus on the prevention of hate crimes. Agencies also need to improve the enforcement of existing hate crime legislation so that they can actively help in stemming the spread of hate.

The FBI has warned the government of the pervasive and persistent threat of white nationalist violence which, if not taken seriously, can reduce our nation into a conflict zone. The bureau us working aggressively to address the increase in targeted attacks, but as always, there are budgets to consider. Patrolling is beefed up for now, but it is not practical to have a uniformed police officer in front of every house of worship 24-7.

Historically, active shooter response begins when officers arrive at the scene of a shooting or crime in progress. They haven’t been as involved in preventive safety measure related to such incidents.

Following these attacks, however, they are revisiting core duties to “protect and serve” so that they can help preserve innocent lives.

New policies and training may include a focus on being proactive instead of reactive, working with the public and educating them about predictable problems. Actions may also include improving the security culture, conducting safety audits of places of worship, enforcing rigorous security protocols, licensing and training responsible adults to carry concealed firearms, and helping them to develop in-house security teams.