Will new privacy efforts by Apple and Google obstruct justice? 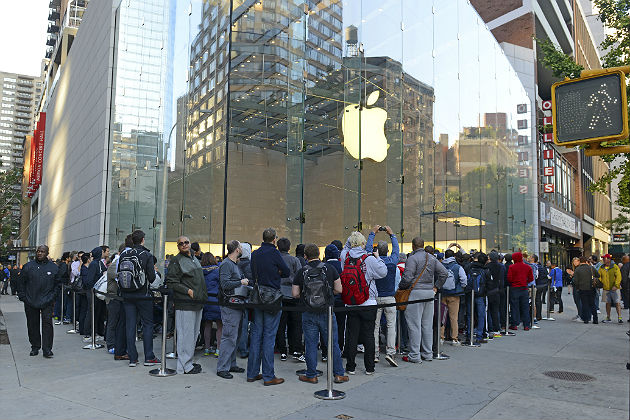 Thousands of customers wait in line for the iPhone 6 on Sept. 19 outside the Apple Store in Manhattan. (Photo: Thinkstock)

For people who value their privacy, Apple and Google are going to provide them with just that. In their latest smartphone software, both tech companies have decided to encrypt the passwords so that they can no longer be bypassed by law enforcement, and this includes the FBI.

Apple's iOS8 will no longer be accessible without consent, and supposedly this includes the NSA as well. Meanwhile, the FBI is claiming this new addition could cost lives, including kidnapping and terrorist cases. To be clear: law enforcement can still intercept conversations, but cannot access call data, photos, contacts and email.

So, is this new turn for privacy a positive or negative situation?

Well, it really depends on where you stand. FBI Director James Comey has already said that he understands the privacy concerns in the wake of Edward Snowden, but that the FBI has urgent need for data, particularly in the cases of kidnappings.

An ex-FBI head also recently said that the new privacy rules will lead to more murders. That is a heck of an accusation to throw at these companies, particularly when the majority of Americans are actively against NSA spying, and having essentially no privacy.

The ability to be trusted to have our own conversations without government interference is one of the aspects that makes the U.S. different from other countries, plain and simple. In some ways, the NSA is like a jealous spouse or significant other who insists on listening to your calls, going through your texts and constantly checking your call log, cataloguing who you talk to most.

Not only is it irritating, but frankly doing such a thing is disturbing. It shows a lack of trust and apprehension that you are about to commit some kind of crime. Except, a spouse cannot arrest you for this, but the government can.

It is completely understandable that 74 percent of Americans feel like they are having their privacy invaded and their rights infringed upon — that's because they are. Spying programs violate the constitution, and while some claim that document is outdated, it doesn't mean that it's wrong or incorrect. On the other hand, accessing someone's phone without his or her consent, without a warrant, is morally wrong and destructive.

According to Business Insider, encrypting a phone doesn't make it any harder to tap, or "lawfully intercept" calls. But it does limit law enforcement's access to data, contacts, photos and email stored on the phone itself. However, law enforcement officers can still intercept calls and texts through the cooperation of wireless carriers.

Regardless, law enforcement officers will still be able to do their jobs quickly and efficiently, which is important. If you can save someone's life by using his or her cellphone, then you should. However, Google and Apple have both done a good job responding to their customers' demands for more privacy, which is also important.

As an American, you shouldn't be forced to feel like your life is under constant surveillance. It is no way to live, and it's wrong — plain and simple. The average citizen is not acriminal, and therefore should not be treated as such.

It is refreshing to see companies that still listen to their customers and are willing to go slightly out on a limb for them.