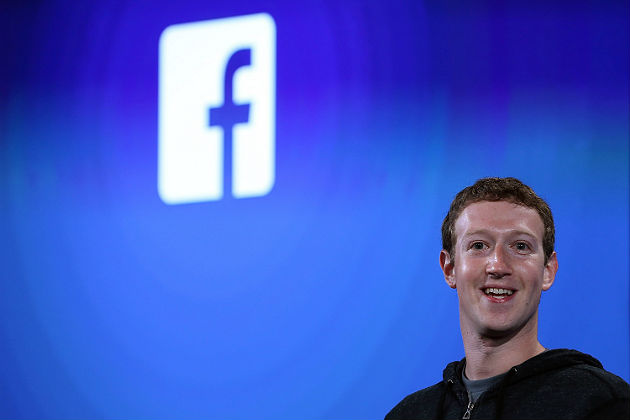 Advertisements are often considered a necessary evil. They are "necessary" for businesses and brands, but they are "evil" for viewers, especially when the ad has no relevance for them.

In the past, advertisers had few tools for putting ads directly in front of the correct audience. Television advertisers had the ability to place ads on an appropriate channel, like commercials for Legos on The Disney Channel. Print advertisers could target a generic audience in magazines, like placing makeup product ads in Glamour magazine.

In recent years, targeting advertisements to an exact audience has become possible — and popular — thanks to advancements in technology. Now, Facebook is taking this technology one step further with the introduction of two new advancements:

Previously, digital advertisers would place pieces of code on computers called tracking cookies. But cookies are plagued with problems. They are considered inaccurate and unreliable — and, most importantly, they are not effective on mobile devices.

According to executives, cookies have a 74 percent tracking success rate and overstate frequency by 41 percent. On top of these meager statistics, cookies are unable to follow users from device to device. According to Erik Johnson, managing director of Atlas, 32 percent of e-commerce purchases are not completed on the same device the user first saw the product.

Cookies are useless. Atlas aims to solve this problem.

Instead of placing cookies on the device and then tracking that code, Atlas uses Facebook's persistent ID, which allows the tracking to follow the user from device to device. This may seem like an invasion of privacy, but the tracking is anonymous. The advertisers are not using personal data, rather they are tracking the user's actions.

What will Atlas do for advertisers?

Facebook is not new to tracking users' actions, but what Atlas does is extends this ability to other sites and apps. Because of the cookie alternative within Atlas, mobile advertising will be most affected — and could be the change that drives advertisers to increase spending in the mobile sector.

The benefit of Atlas to advertisers is not only the ability to track users on mobile devices, it's the ability to follow them from device to device to see exactly how, when and which products these users purchase online.

In addition, the system also has the ability to track users offline. If a consumer purchases an item at a brick-and-mortar location and places her email on the company's email list, Facebook can track that purchase and relate it to the consumer's online activity — if the consumer has a Facebook account.

How does Atlas work?

Atlas has created deals with website operators who inform Atlas when ad positions become available. Atlas then fills the inventory. Advertisers who have partnered with Facebook and Atlas pay a fee to the company for this service when an ad is placed.

The sites that provide inventory to Atlas install Pixel Tags on the pages. When a Facebook user visits the site that has the Pixel Tag, Facebook is notified. Then, ads are displayed that fit the demographic of the Facebook user.

Many Facebook users are concerned that the new ad platform will mean an increase in the number of ads seen. However, Facebook is claiming it will do the exact opposite — show fewer ads to Facebook users. And, they are stating that those ads will also be more relevant to the users.

According to an article on Advertising Age, "It showed people fewer ads in the second quarter of this year even though it had more people to show those ads to. The number of ad impressions Facebook served in the period shrank by 25 percent while its daily user base grew by 19 percent."

According to Facebook Director of Product Marketing Brian Boland, "This acquisition is about measurement, it is not about building an ad network."

Facebook launched Audience Network on Oct. 7 to marketers worldwide. According to Sriram Krishnan, Audience Network project manager, this is not a new set of ad inventory. Rather, it is an extension of Facebook's current advertising.

Any app that allows users to sign in using Facebook credentials has the ability to host Facebook's advertisements. The tracking information that Facebook has stored allows for targeted advertising in all apps that are part of Audience Network. Just like Atlas, Audience Network should actually decrease the number of ads while also providing more relevant ads.

Audience Network is Facebook's way of increasing revenue from advertising without placing more ads in front of users. Even though it is extremely beneficial for Facebook, it is also beneficial for advertisers and app developers.

What does this all mean?

Atlas and Audience Network are changing the way users see advertisements, the way app developers fill advertising spaces, the way advertisers place their ads and finally — and some say most importantly — the way users are tracked online and offline.

Everything seems beneficial, but only time will tell if these systems live up to the hype.