Will education be a top focus of the 2020 elections? 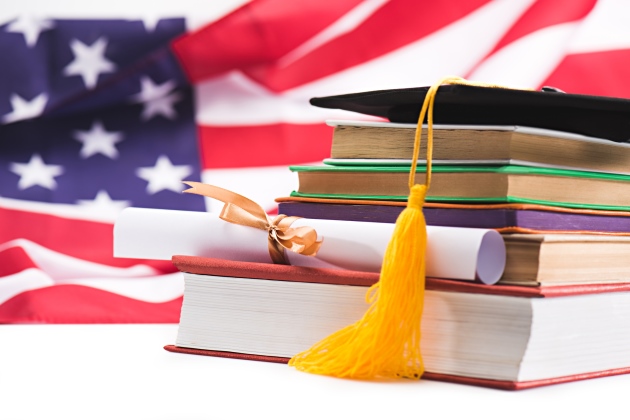 Education is not always a top-tier issue in presidential debates, but it has increasingly become a topic that needs to be addressed. 2016 candidates touched it almost in passing, disappointing many.

This is not the case with the candidates for 2020. They are vocal and are not afraid to address the biggest questions in education. The Democratic primary field has thus far taken education up as a major issue rather than leaving it to state and local authorities like before.

Before we visit several candidates’ positions, it is crucial to understand why education is so important now. A recent Brown Center Chalkboard article from The Brookings Institution provides us with some insight.

Education is more important than ever for long-term success. Outcomes impact not just students’ lives but the nation as a whole. The U.S. lags behind other countries in academic performance. Reforms have been attempted, including No Child Left Behind (NCLB) and the Every Student Succeeds Act (ESSA), but have always fallen short in some regard.

Federal policy has been remarkably stagnant, and the issue is ripe for policy change. For example, publicly funded early childhood education is positive for social and cognitive growth.

As for higher ed, student loan debt has skyrocketed. Budget cuts and a lack of resources are only adding to these problems. Unequal educational opportunities spurred by demographic and income inequality are key concerns as well.

College affordability and K-12 financial literacy are points of emphasis for states in addition to being on the election agenda. While Democrats are focusing on dramatic proposals for student-debt relief, college affordability is high on their list, too. Former Vice President Joe Biden said that 12 years of public education is not enough; we need 16 years of free public education for all children. Biden also proposed supercharging the federal investment in the country's public schools to remove inequalities and boost teacher pay.

Sen. Bernie Sanders' education proposal has been highly applauded by many in the education sector, including the National Education Association (NEA). The NEA is spearheading a national conversation for quality public schools that our students deserve and appreciate.

Sanders' "Thurgood Marshall Plan for Education" seeks to plan for a great public school for every student in every ZIP code. The plan would improve existing public schools, provide school lunch for every public school student, and set a minimum starting salary for teachers at $60,000.

Democratic hopefuls are proving to be the biggest defenders of public education. Sen. Kamala Harris of California pledged a $13,500 raise for every public school teacher, which is more than a 20% increase in base pay for the average educator.

Sen. Elizabeth Warren pledged that she would tap a public school teacher to be her Secretary of Education, a stark contrast to the Department of Education currently led by Betsy DeVos. Additionally, her education policies would provide universal prekindergarten, universal childcare, increase funding for historically black colleges and universities (HBCUs), promise tuition-free public colleges and universities, and cancel student loan debt for 95% of borrowers.

The NEA 2020 candidate forum in Houston showed that the candidates are paying attention to the real issues. They are addressing the wave of teacher strikes around the country, the need for expanded pre-K access, universal childcare, and will push measures to deal with school safety and gun violence.

They also addressed issues like the need for social and emotional learning in the classroom, digital awareness, and financial literacy.