Will 944s ever be collectible? 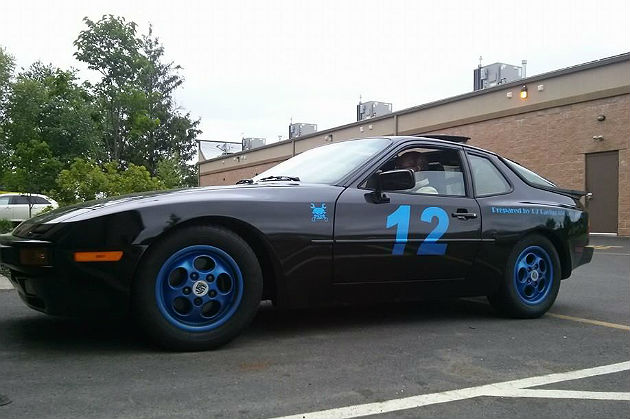 This 944 and the two below were purchased and restored by Jason Gonzalez.

I've been documenting the progress on a pair of 944 GT builds we are doing in my New Jersey shop. I have received a lot of encouraging emails and phone calls and enthusiastic comments on my articles.

The documentaries, as much as the builds, have made the projects that much more exciting. The anticipation and excitement is constantly revisited when I put a wrench to the car or a pen to paper. Another great offshoot of the work has been a heightened interest in the other Porsche cars that I restore or modify and offer for sale as drivers or collectibles.

If you failed to notice, I just used the word "collectibles" to describe 944s. A question I get asked frequently is, "Do you think 944s are going to go up in value?" Every time — and it really is often — I still find myself pausing and scratching my head before arriving at the same conclusion.

I do believe that the front-engine water cooler is the collectible Porsche car for the next generation of enthusiasts. Are they going up in value? To me, it doesn't matter much because I just love the cars.

However, for someone who is looking for a special interest hobby to undertake with a father, mother, child, spouse, friend or just for their own therapy and desire, I think viewing a sports car with an investor's eye might be more important.

All 356 series cars, 911s, 912s, even 914s have visited dark times where their market value was comparable to what their weight would yield in dollars as scrap metal. The 924/944 set is there now.

A correct and complete Speedster will routinely fetch $150,000 and up with Concours examples reaching into the seven-figure range. Desirable 911s and 930s cost nearly as much as two- and three-year old renditions of the same car, and even the VW joint venture 914 series are becoming nearly impossible to get yourself into without a considerable financial commitment or a tenuous restoration project in front of you.

In any case, this puts our front-engined water cooled cars in a position of, let's call it, "curiosity."

I have bought, fixed, restored, raced and resold dozens of water coolers. My shop has 12 cars right now with two others that are joint projects with an investor. This number doesn't account for my personal car, my race car and the two cars that I've committed to my GT builds.

Every one that I uncover, disassemble and put back on the road for resale has its own special needs and, at the end of the day, its own magic number. The first half-dozen cars that I restored and resold turned out to be projects that actually cost me money. I viewed them as educational endeavors and training vehicles — no pun intended — for my mechanics and my shop.

As we got better and so did the cars, the sales prices have risen a little bit, and the cars turn around a modest profit. Not much, but at least enough to justify the expenses associated with having a shop. With those thoughts on the table, I suppose I have put my money where my mouth is and made the bet that the water coolers are indeed the next Porsche to occupy the garages of collectors.

It would seem then, that now could be a good time to start looking around for a future collectible while the cars are still affordable, if not downright cheap. That's where the collector's sixth sense is going to have to step in. You probably won't get a good answer from me because I just love the cars. Forced to make an assessment, I imagine that the significance of the cars will dictate their long-term value.

I feel pretty certain that the turbocharged cars will be the first ones plucked from the glue factory line, alongside of the S2 variants, convertible cars and then the 2.5L 16-valve cars. The eight-valve NA cars and, more specifically, the early models will probably be the last to garner any collector's attention unless they had special options packages or are in remarkable condition. They will, however, likely remain the favorite of Club Racing participants, DE enthusiasts and even autocross and SPEC racers. 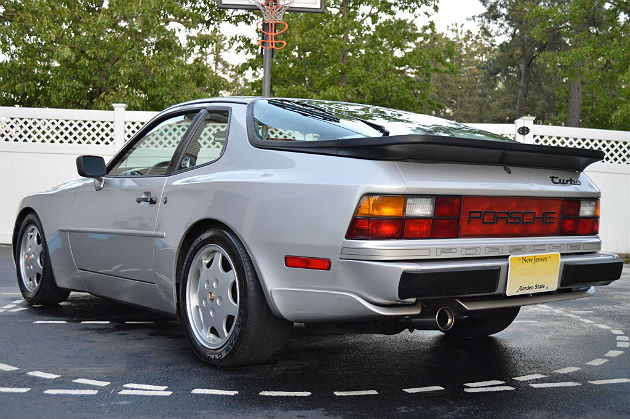 I've had my own businesses for more than a decade. I understand the math associated with entrepreneurial ventures. I also know that loving what you do makes working a lot better than the alternative. Mostly, though, I know that it takes money to run a business and to sustain an operation like the one I have.

If history is any indication of what's to come with the water cooler, the days of the buy-one-get-one deals are nearing their end. People will probably start reconsidering selling nonrunners as "parts cars" and instead adopting the term "project cars" and exploring their potential.

History also indicates that the precipitous fall in prices will be rapidly followed by a ridiculous rebound to numbers that were last seen on the cars' original window stickers. We'll all sit around and kibitz about the car we could have bought for $300 or taken as a trade for an old bicycle or a day's labor painting a fence or cutting down a tree.

Do I think that 944s are going up in value? In the literal sense of the words, absolutely. I also think that the true sense of endearment and passion that drives people like me to embrace a brand of car or a specific series or model, before there is a financial reason to do so, is priceless.