Why would health insurers choose brand‑name drugs over generic? 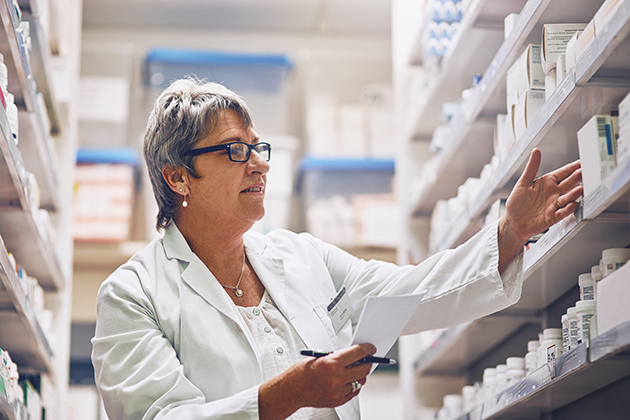 An interesting illustration of retail pharmacy economics is playing out before our eyes. It is not a new thing, but it is being seen more frequently these days than in the past.

Health insurance plans are starting to demand that expensive brand-name medications be dispensed instead of their approved generic. For those working in retail pharmacies, but unfamiliar with this strategy, it is often puzzling. Patients are also sometimes confused by this, as they are transitioned from a "cheap" generic back to the brand-name product.

What is going on?

Well, to borrow that well-known catchphrase from the 1976 film "All the President's Men," just "follow the money."

The first thing that is going on is generic prices are rising substantially for certain products. Due to consolidation and sales and mergers, there are sometimes only one or two manufacturers left for a particular generic product. This creates an opportunity for skyrocketing prices (due to simple supply-demand economics). There have even been reports of collusion among several generic manufacturers to drive up prices on certain generic drugs that have historically been inexpensive.

The resulting high prices puts big pressure on payers. Patients typically expect to pay a low copay on generic drugs, as they should. Often, generic prices are so low that the health plan owes the pharmacy nothing, as the patient copay covers the entire price allowed by the contract. But when prices escalate, the health plan (or PBM) is left with a much larger bill.

The next thing that happens is payers begin to negotiate with brand products for preferred status on their formulary. This negotiation typically involves an agreed-upon rebate. Even though the brand product is initially more expensive, the PBM gets a rebate check from the manufacturer to offset the cost, making it effectively less expensive than the generic. The PBM will then require the brand to be dispensed.

From the pharmacy perspective, what happens is that we adjudicate a prescription, for example, for amphetamine ER 15mg (generic Adderall XR). The pharmacy immediately gets notified that the generic is not covered with a message like "plan prefers brand." The pharmacy resubmits the brand product, and the claim pays. The patient, who may have been getting the generic for years, is suddenly taking home brand-name Adderall XR, often at the same copay level they were paying for the generic.

Just this month, a major PBM sent notification to pharmacies that claims for drugs like Estrace Vaginal Cream, Corgard and Viagra would all require processing as the brand, rather than the available generic versions of these products. Pharmacies would be required to submit claims for these drugs using a DAW (dispensed as written) code of 9, meaning that the plan prefers the brand over the available generic.

This strategy does create certain problems on the retail pharmacy side. For example, pharmacies typically do not carry much (if any) of the brand product once generics become available.

That means patients could show up to get a refill on their generic and be told the pharmacy now needs to order the brand to accommodate their plan requirements. It also means the pharmacy is forced to carry a more expensive inventory, typically having to stock sufficient quantities of both brand and generic, since either one could be preferred by any given payer.

Community pharmacists today often are called upon to explain much more than side effects, drug interactions and dosages. We have to help patients understand an increasingly complex formulary issues, deductibles, copay tiers and claw-backs. Hopefully, this helps a few newer pharmacists and technicians understand what is happening in these brand-preferred scenarios that are becoming more and more common.