Why there’s no such thing as a bad attitude 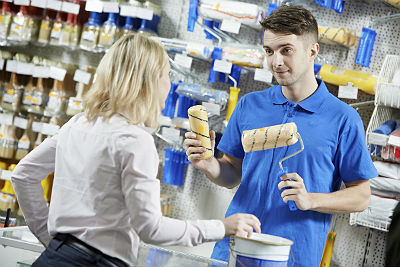 "He's not a very pleasant person to work with."

Does this sound familiar? It probably does. Every manager has had an employee who just wasn't part of the team. You advise the employee that he/she has a bad attitude or needs to be better at teamwork.

Manager: "You have a bad attitude and you need to fix it."

Manager: "Yes, you really do."

Salesperson: "No, I really don't."

So why doesn't that kind of advice solve the problem?

Instead of attempting to talk a salesperson into having a better attitude, focus on the behaviors they are not doing well. Trying to change someone's attitude often leads to an argument or the salesper­son becoming defensive. The salesperson's perception is that their attitude is fine, and when two people have differing perceptions on anything, they seldom reach an agreement.

Behaviors, on the other hand, are clear-cut. Either a salesperson approaches a customer or doesn't, gets the display done on time or doesn't, rings up the sale correctly or doesn't. You can correct behaviors since they are observable and measurable.

If you look closer at someone who you perceive to have a bad attitude, you'll usually find that it's the employee's actions, not attitude, that are bothering you. You just don't see it as easily.

Concentrate on correcting behaviors, and watch how quickly those bad attitudes disappear.