Why Singapore Changi is consistently the best airport in the world 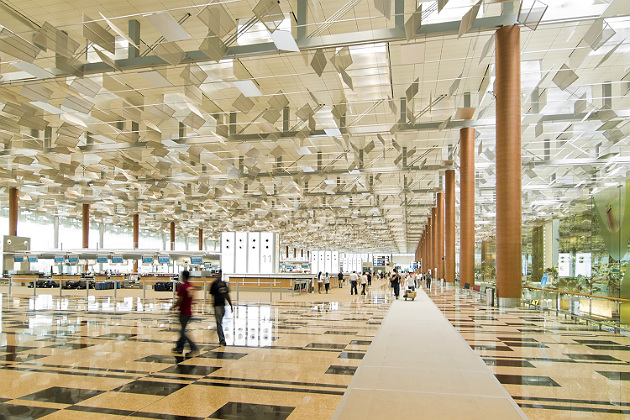 A look through the departure hall at Singapore's Changi Airport.

Look at the Skytrax rankings for the world's best airports, and you'll see a common name topping a number of categories for the past few years. Singapore's Changi Airport repeatedly sets the target for passenger experiences, but what makes it so special?

As a major Asian hub airport and home to the renowned Singapore Airlines, Changi has its work cut out, handling more than 55 million passengers per year and nearly 350,000 aircraft movements. So it would be forgiven for struggling to cope with overcrowding. Yet the passenger feedback and awards consistently prove otherwise.

Part of what makes Changi so special is that the two-runway facility acts like a destination in its own right, offering the kind of amenities found in luxury resorts and shopping malls and not in an airport that sees a plane land or take off every 90 seconds.

Among the attractions on offer are spas, a butterfly garden, swimming pool, cinema, hotels and concourses laid out with tropical vegetation and areas for relaxation. This is on top of the range of airline lounges that are normally the height of luxury found in an airport by frequent fliers.

The latest installation that will grace Changi Airport is an indoor water fountain that is set to be the tallest in the world. 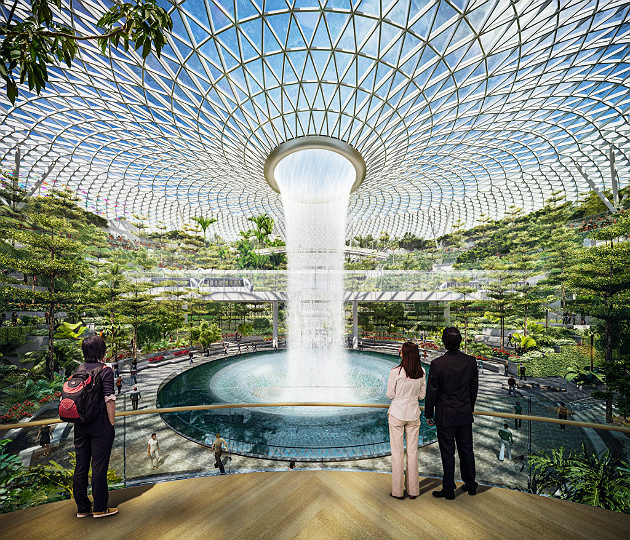 In 2018, Changi Airport will have an indoor water fountain that is set to be the tallest in the world.


Developed by the specialist company WET, who are behind prominent fountains in Dubai and Las Vegas, it will incorporate a curved glass roof with a hole in the center, through which water will fall nine stories to a pool below. Combined with lighting effects, it will represent a tropical rain storm typical of the region and provide a tranquil calm among the busy surroundings of the airport.

The new fountain is expected to be in place by 2018, set in the new Jewel Changi Airport connector building, which will also act as an extension to Terminal 1, linking it to terminals 2 and 3. The whole Jewel experience will fuse shopping mall, dining and passenger services inside a huge dome filled with elements of nature.

In the meantime, the new passenger Terminal 4 is scheduled to open in 2017 on the site of the airport's former Budget Terminal. It will feature even more amenities to enhance the passenger experience, as will the new Terminal 5 due in the mid-2020s. 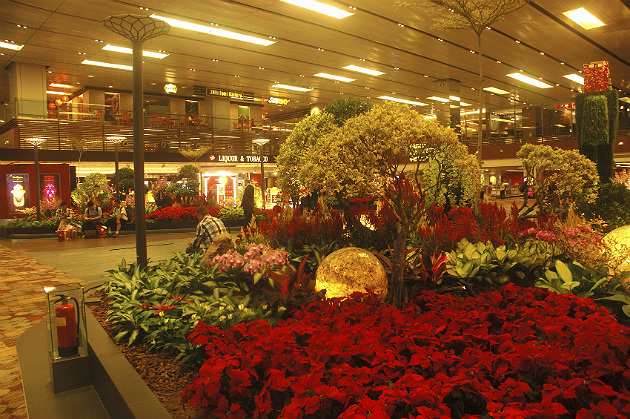 
Singapore Changi's management is now so pleased with its ability to run airports that it is looking to invest in airports in other countries. Changi Airport Group Chairman Liew Mun Leong said in a recent interview that airports in ASEAN countries — and in particular China, where there is a great demand for new airports — are interesting opportunities for the Group.

Changi's dominance in the popularity stakes is likely to continue, but its dominance as Southeast Asia's largest hub could be challenged as work commences on doubling the capacity of Bangkok Suvarnahbumi Airport in Thailand.

"The airport business is growing very fast," Liew told Nikkei Asian Review. "We are pushing ahead to make sure we don't lose out in this competition."