Why meatless madness won’t be going away any time soon 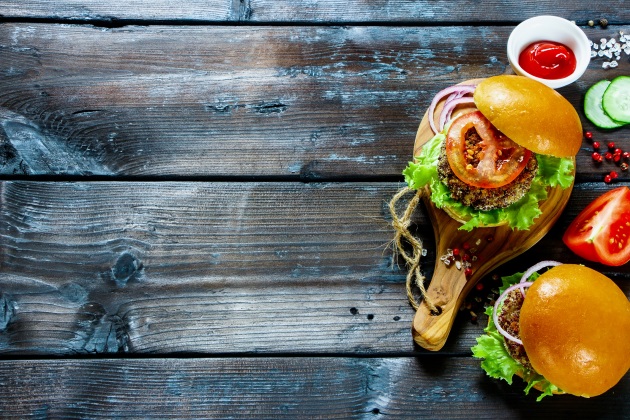 There’s no doubt about it — we Americans love our meat. We eat more of it per-person than any country in the world except Luxembourg. We consume an average of 270.7 pounds of meat per person annually, while the world average is 102.5 pounds.

Health experts and environmentalists tell us this is not a good thing. The World Health Organization (WHO) has declared that meat — red and white — contributes directly to heart disease, stroke, diabetes and various types of cancer, owing to its high content of cholesterol and saturated fat.

The heavy environmental impacts of conventional meat production are a major concern as well. America’s industrial-scale livestock industry is often described as the coal mining of food production.

Producing a single pound of ground beef requires 26.8 pounds of feed and forage, 211.2 gallons of water, 298 square feet of land for grazing and growing feed crops and 4,144 BTUs of fossil fuel energy for feed production and transport — enough to power a typical microwave for more than an hour. Additionally, there’s widespread pollution caused by waste and methane emissions created by the nation’s herd of 30 million cattle.

Under such circumstances, it should come as no surprise that vegetable-based burgers that look like meat and taste like meat are winning over millions of skeptical consumers, taking Wall Street by storm and prompting Big Ag to jump into a potentially lucrative business that began on the vegan fringe.

The so-called fake-meat boom is for real, propelling startups like Beyond Meat and Impossible Foods to incredible heights. British banking giant Barclays estimates the fake-meat market could be 10 times its current size by 2029.

"In fact," says one of the bank’s analysts, "we believe there is a bigger market opportunity for plant-based protein than perhaps was argued for electric vehicles ten years ago."

Scientists at a number of companies are growing meat cells in cultures to produce real meat without needing to raise and kill animals. Early results have been very promising, and while these products have yet to reach consumers, some experts predict cultured meat will eventually take command of the meat replacement market because it reproduces the taste, feel and smell of conventional meat more closely than plant-based alternatives.

Such intervention will come at a high cost to consumers; for example, an estimated price of $10 per pound for lab-grown ground beef.

For now, the non-meat burgers from Beyond Meat and Impossible Foods are selling like funnel cakes at a county fair in grocery stores and restaurants across the country. Major fast-food and casual dining chains are signing on left and right: Burger King, Cheesecake Factory, and Hard Rock Café with Impossible; and Carl’s Jr and TGI Fridays with Beyond.

Plant- and lab-based meat development has gone far beyond the creation of fake beef. Companies like Just Meat and San Francisco-based Wild Type are following in the footsteps of successful faux-meat producers to develop lab-grown fish, chicken, pork, egg and dairy alternatives.

Food industry biggies are jumping on the bandwagon as well. Tyson Foods, the largest U.S. meat producer, recently announced it would soon launch nuggets made of pea protein and other vegetable ingredients.

Its plans also include a chicken-chickpea mix in sausages and meatballs. Subsequently, rival Perdue Farms unveiled chicken nuggets, tenders and patties blended with vegetables. Popular fast-food chain Chick-fil-A announced that it is developing menu additions that "could include an alternative protein in a sandwich."

A British company, Moving Mountains, launched a vegan hot dog in May that it claims "is identical to its pork counterpart in taste, smell and texture." Although this dog based on a sunflower seed and coconut oil mixture — doesn’t have a skin, in common with classic hot dogs like Nathan’s skinless beef franks, reports are that it feels like it does when you bite into it.

Food critics attending the new dog’s London launch gave it a rousing thumb’s up — and Moving Mountains is moving forward with development of a cheese dog and a brat, and with plans to introduce its products in the U.S. later this summer.

We are living in a world where we are eating more meat than can be sustainably produced. Nearly half the worldwide harvest (46%) is currently needed to feed the livestock population — most of which produces meat for human consumption. With pressure to feed a growing world population on the rise, plant- and lab-based meat replacements can provide a viable alternative to conventional meat — good not only for our bodies but the environment as well.

"Ditching meat for substitutes," notes an article in the journal Science, "is the most effective thing an individual can do to fight climate change."