Why it’s important for leaders to admit their mistakes 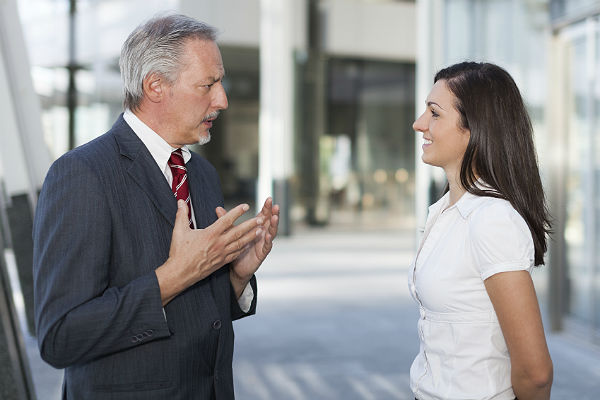 Having worked with leaders in organizations who value inclusion for over 20 years as an adviser and facilitator, I’ve developed a list of behaviors that are crucial for leaders who want to expand and sustain their influence.

These behaviors are true for leaders in organizations of all sizes, whether corporate, government or nonprofits. In this article, I discuss the practice of self-reflection and making amends for mistakes or negative behavior.

Relevant to today and every other day is acknowledging and taking responsibility for past, present and future actions that have negatively impacted others.

As a leader of people and ideas, you create the environment and set the example for how you want your employees to behave. In any organization it’s important for everyone to admit mistakes and correct them.

Your employees won’t take responsibility for their mistakes if you don’t. If you create a culture of denial and cover-up by your actions, and refuse to acknowledge a wrong decision, a past indiscretion that’s business-related or even an old offensive social media post, your employees will do the same.

If you don’t admit your mistakes to them, your employees will most likely cover up their mistakes and even lie or place blame elsewhere to not be found out.

This can be detrimental to you and your organization. It can result in anything from loss of a few dollars to loss of life. And since you are ultimately responsible for your organization and the people who work there, you can lose your position, reputation and credibility.

By admitting and taking responsibility for past mistakes or behavior and then sharing the steps you’ve taken to correct your behavior, change your opinion or make amends to the people affected, you model the right behavior, and make it OK for employees to change.

There’s an expression that a person is only as sick as their secrets. When leaders keep their mistakes that impact others a secret, they contribute to creating a sick organization.

I remember the first time I took a leadership course. The facilitator said, “Never apologize; you’ll look weak, and everyone wants a strong leader.” I’m glad to see that mindset changing, but it’s not gone. There are still people in leadership positions that are so afraid of being seen as imperfect, they refuse to admit when they’ve been wrong and even look for other people to blame.

We talk about courageous leadership, and it takes courage to admit you’ve made a mistake, a wrong decision or hurt another person in some way.

Strong organizations have cultures of trust, where people rely on each other, collaborate to create new products and services, and people are comfortable giving and getting open and honest feedback.

Denying mistakes in order to look good and perfect may work in the short-run, but in the long-run when your employees or the people with whom you do business find out, you’ll lose their trust, their business and your reputation.

David Casey, Chief Diversity Officer for a Fortune 10 pharmacy innovation company said, “Leaders should always own up to and be accountable for past mistakes. With the exception of criminal activities or activities widely accepted as immoral, most rational people are apt to forgive mistakes, knowing that none of us is perfect.”

“That being said, I often say and truly believe that first time errors are mistakes, repeated mistakes are intentions. You don’t get a pass for repeatedly doing the wrong thing and expecting to be forgiven simply because you apologize.”

So here’s how you should apologize for a past mistake:

These steps are applicable whether you are apologizing to a group, an individual or the public in general. If you are regarded as a leader, people follow your example to be honest and open or to lie and shift blame. It’s never too late to say I’m sorry or too early to change.

In today’s diverse workforce where it’s important for leaders to create cultures of inclusion, mistakes will always be made. People will offend and be offended. Old ways of thinking won’t get erased in five minutes, but you can set an example, make a difference, and create an open culture of trust that can be sustained for years to come.