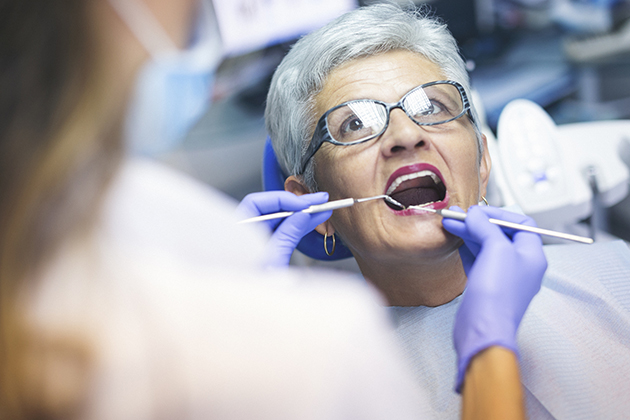 Medicare is often touted as the gold standard of healthcare for aging Americans. And in many ways, it is.

The massive government program certainly allows seniors to receive care they might not otherwise be able to afford. Many Medicare recipients are on fixed incomes and no longer have employer-covered insurance options to carry them through their retirement years.

Surprisingly, one major gap in traditional Medicare coverage is routine dental care, which includes checkups, cleanings, fillings and extractions. That's right. Many baby boomer patients are paying for their dental care out of pocket. Worse, many seniors are simply not getting the dental care they need because of the cost.

According to a study published in Health Affairs in 2016, in any given year, about 75 percent of low-income Medicare beneficiaries do not receive any dental care at all. Among higher-income beneficiaries, the figure is still about 25 percent.

Separating dental care from the rest of our healthcare has had dramatic effects on both, explained Amber Willink, who served as the lead author of the study and is a researcher at Johns Hopkins Bloomberg School of Public Health.

"As a consequence of avoidable dental problems, the Medicare program bears the cost of expensive emergency department visits and avoidable hospitalizations," she said. "It's lose-lose."

According to the National Institutes of Health, nearly 1 in 5 adults of Medicare eligibility age (65 years old and older) are living with untreated cavities. Additionally, half of Medicare beneficiaries have some degree of periodontal disease or infection of structures around teeth, including the gums.

Why is this such a big deal? Bacteria from these infections can spread to other parts of the body, contributing to more significant health problems, including heart attack and stroke.

Of those who do seek needed treatment, many are going overseas, where they can find more affordable dental care in countries like Mexico and other South American destinations. There are even companies dedicated to matching people seeking dental care with clinics across the globe. It goes without saying that this negatively affects the American dental industry.

A lack of dental coverage is among the top concerns people with traditional Medicare have. There are also gaps in coverage for hearing, vision and long-term care services.

So is there a solution?

The addition of a dental benefit to the basic Medicare coverage is popular among beneficiaries. A survey recently completed by Families USA (an advocacy group for healthcare consumers) found that the majority (86 percent) of people surveyed would support such as addition.

Remember Willink's Health Affairs study? In it, she estimated that a Medicare dental benefit that covered 75 percent of the cost of care would increase Medicare premiums by roughly $7 per month, or about 5 percent. The rest would likely be covered by taxes.

It remains to be seen whether politicians pick up this mantle of advocacy for Medicare recipients. Would it be a large undertaking? Absolutely. But it is one worth pursuing.