Why cultural understanding is essential 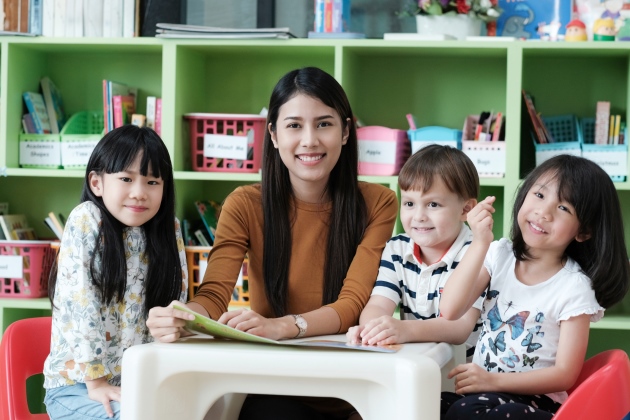 This is a continuation of the article, "How cultural differences can affect learning."

ESL professionals need a basic understanding of the effects of cultural contrast on ESL learners. The percentage of ESL students in public schools is a significant factor.

"English-language learners, or ELLs, represent 9.4 percent of the student population in U.S. public schools, according to the most recent federal data available. These students score well below their non-ELL peers on national assessments in reading and math and have a graduation rate of 65.1 percent—the second lowest after students with disabilities," wrote Natalie Gross in The Atlantic.

Add to these the international students coming on study visas and the residents in ABE/ESOL programs and one can see how cultural understanding is essential. As I wrote in the first part of this article, the instructor cannot be an expert on every culture but should be aware of some of the more common areas of potential conflict.

Teachers need to be aware of the challenges they may face that go beyond L2 acquisition.

To this point, Kenneth Shore wrote, "Many of these newcomers are likely to have difficulties adjusting to their new environment. As teachers, we face multiple challenges: We need to teach the content-area curriculum, while at the same time supporting students' English-language development, and helping them adjust to a new school and a new culture. The following are some strategies to consider as you try to meet the educational and social needs of your second-language learners."

Furthermore, as Nicola Prentis wrote in Quartz, "A positive view of the target culture makes learning the language easier. It helps if the learners identify with the people whose language is under study. Language learning is easier if one has a positive attitude towards the countries where the language is spoken whether it is a foreign language or ESL. For example, it is easier to learn Mandarin if you are living in China where you have firsthand experiences with the language and culture."

"One of these benefits that’s not obvious is that language learning improves tolerance. This happens in two important ways. The first is that it opens people’s eyes to a way of doing things in a way that’s different from their own, which is called ‘cultural competence.’ The second is related to the comfort level of a person when dealing with unfamiliar situations, or ‘tolerance of ambiguity.’"

The Western concept of equality may be difficult for ESL students coming from rigid hierarchical societies. Note the following from Gebhard:

"Unlike Americans, the majority of the world sees equality quite differently. Rank, status, and authority are considered far more important."

Even though English is one of the official languages of India, Indian students can still face obstacles. Shabina Kavimandan, from India, had to deal with cultural differences.

"Kavimandan, who moved from India when she was 22, said she often uses her own experiences of culture shock and lack of acceptance to educate teachers on how to deal with ELLs in the classroom."

"Now, along with being K-State’s Associate Director of Curriculum and Innovation, she works as the project manager and instructor for the collaboration with Shawnee Mission under Herrera. The program has worked with 10 schools so far in the district.Although Kavimandan knew English when she came to K-State, she said things like accents, cultural differences and unfamiliar skills made the process of interacting with teachers and students a difficult one. ‘In India, we come from a very regimented, very disciplined kind of system in classrooms,’ Kavimandan said. ‘You come here, and I’m sitting in my graduate level class and people were allowed to eat snacks, call the teachers on a first name basis. It was a shock. We don’t realize those things.’"

The case of Puerto Rico

Even though they are Americans, people from Puerto Rico face some obstacles. Promised jobs may not be there when they arrive on the mainland, or they may discover that they need additional certification. Cultural differences exist as well. For example, a recent arrival in Florida, Sami Haiman-Marrero, says the following:

"You can’t kiss your co-workers on the cheek. Don’t start talking about personal things. You are supposed to be there at five minutes to the hour and be ready to work. You need to have command of English."

Companies that seem eager to hire new workers have run out of money. Also, some companies have hired new staff and then cut the positions.

As a result, workers need to be flexible and prepared to work in a different field. Being fluent in English is a priority, especially if one must suddenly seek a new job.

Students spend time learning a vast amount of vocabulary, but words may carry a cultural load.

"All material is culturally loaded; teachers may need to pre-teach cultural material especially on tests. For example the content of a reading exercise may be familiar to part of the class, but some may not comprehend the content. Words like ‘carburetor’ would be familiar to those from a car-centered culture like the US, but students from cultures where cars are not central may not fully grasp the idea. Another example ‘punt formation’ is relevant to American football, but most students are interested in soccer, which is called ‘football’ in their countries. Other cultural items may be political or television personalities and geographical areas."

Animal names may be a source of cultural confusion. Various cultures give certain attributes to animal names. Consider what it means to call someone a chicken or a hawk for example. Here are some more examples from English:

"Some more exotic animals also have conventional use as epithets (‘you baboon!’ ‘What a hyena!’) No such commonplace metaphors exist for some common or barnyard animals (‘what a duck she is?’), or for most rarer or more exotic animals, such as wildebeest or emus. Therefore, these are available for more creative use."

We take our cultural background for granted, but for the L2 learner the lack of specific cultural information may impede communication. Background knowledge is essential, especially for reading. An unfamiliar passage will be more difficult to process than something from the learners’ own experiences:

According to Hilde Van Zeeland in The Modern Language Journal, "Thus, research indicates that L2 readers’ background knowledge influences their lexical inferencing success, with more knowledge of the next topic enabling better inferencing."

Note what the ACTFL National Standards have to say about the importance of culture:

Standard 2.1: Students demonstrate an understanding of the relationship betweenthe practices and perspectives of the culture studied.

Standard 2.2: Students demonstrate an understanding of the relationship between the products and perspectives of the culture studied (National Standards, 1996).

Teachers need to know thatlanguage use differs according to its purpose.

"Research comparing different spoken contexts reveals systemic variation in the ways that speakers use language for different communicative purposes based on situational factors."

According to the same article in The Modern Language Journal, "Doctors and nurses will use more future forms such as I will; I’m going to when dealing with patients (195). Also academic spoken discourse is closer to written discourse 196)."

Nowadays it is easier for students to stay connected to their home culture while studying abroad. Technology and social media allow instant communication and world-wide connections. This fact allows teachers to allow access between ESL students and FL students who are studying the ESL students’ home languages in a "Global Classroom."

FL students can also connect to ESL students in their own or nearby universities. They can learn more about the target culture and the ESL students can gain insight into the culture of the country where they are studying.

Such an exchange is far better than depending on an outdated guidebook or comments from friends who may have visited an English speaking country 10 or more years ago. The classroom is an excellent way for cultural study and cross-cultural communication.

As Kate Paesani wrote, "Our classrooms are diverse sites where languages and cultures converge and diverge, this providing opportunities for rethinking how to equip students with tools to be critical consumers of linguistic, literary, and cultural content."

Here is an activity suggested by John Suler:

"Gamblers and con artists long have known that people reveal their inner thoughts through body language without even knowing it. For example, if you place a coin in one hand behind your back and then present your fists to a body-savvy person, that person may be able to detect where the coin is. Your ‘tell’ will indicate which hand holds it. You may lean your body to one side, hold one hand higher than the other, point your nose, or unintentionally leak some other behavior that gives away your ‘secret.’"

This exercise will help students understand that body language differs across cultures and it may even help them avoid being scammed.