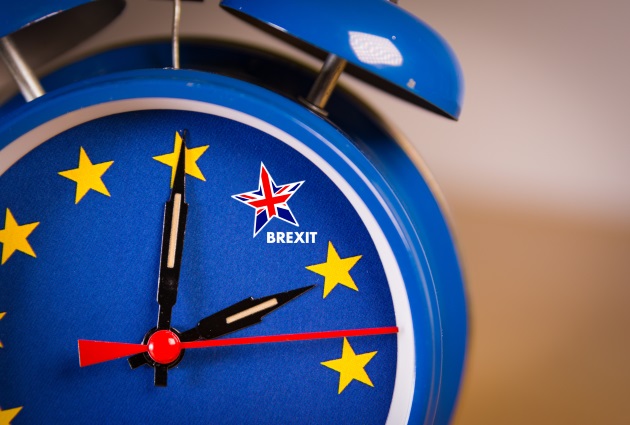 I don’t know whether you have noticed, but the U.K. is supposed to be divorcing from the European Union in a month’s time. Brexit is nearly upon us.

The problem is, to quote Donald Rumsfeld, we are very much in the realm of the “known unknowns” when it comes to the details of Brexit. In fact, as I write, we don’t even know whether we are going to be leaving Europe as planned on March 29, because there is so little that the various political factions agree on that it seems more likely now that there will be a postponement.

Such uncertainty makes planning very difficult — particularly when we throw in the fact that in the very worst case is referred to in simple terms as a “No Deal” exit, where the U.K. leaves Europe without any reciprocal arrangements agreed. Effectively, the U.K. would leave with a blank sheet of paper.

While to some this once appeared a good thing — they argued it would allow the U.K. to start afresh on negotiating important details passports, visas, tariffs and frictionless trade, effectively allowing it to direct its own destiny — it has since become clear that it is far from it.

The British media love to fuel the fear factor, and they have taken great delight in showing how the No Deal exit would mean chaos: national newspapers who haven’t been able to whip up scare stories like this since the days of Y2K (when all our IT systems were supposed to crash at the turn of the Millennium) are currently having a field day. We are seeing daily stories about the things that could go wrong if we don’t have any reciprocity: from milelong passport queues at the Eurostar stations to gridlock around the Channel ports.

But unfortunately for British industry, even though the risk of a No Deal exit is currently thought to be low — for the reasons outlined above, the general consensus is that No Deal is an option best avoided and thus our politicians have made it plain that they will do everything in their power to avoid it happening. However, it is still a scenario that has to be planned for, because it hasn’t been definitively ruled out.

So, now many companies have decided that it is worth paying the extra money to guarantee that, in the event of No Deal, they will have the components they need to assemble their products or the imported finished products they need to satisfy customer orders.

Thus, for instance, we are finding manufacturers spending hundreds of thousands of pounds on warehousing, in which to store several months’ worth of additional components or products — enough, they believe, to tide them over while the politicians sort out the chaos.

But for the cooling industry, there is an additional administrative burden to deal with. For let’s not forget — indeed, how could regular readers of my columns possibly forget? — that we in Europe are in the throes of some pretty punitive F-Gas legislation, as part of the EU’s overwhelming drive to bring down carbon emissions and reduce global warming.

It is not the legislation itself that presents a problem with a No Deal exit however, because the U.K. has already transposed the F-Gas laws into its national legal framework. Thus, for British refrigeration contractors and end users it will be business as usual in terms of recording refrigerant use, inspecting regularly for leaks, ensuring only qualified engineers handle the gases and all the other important F-Gas responsibilities. Brexit, our cooling bodies have reminded us, does not change our responsibilities — and the upcoming bans will still apply.

The problem for the U.K. cooling industry is the quota system, the foundation of the stepped phasedown of HFCs. Without the Europe-wide quota system to draw on, the U.K. has had to create its own database of British companies who produce HFC refrigerants; who trade or export HFCs; or who import equipment which has been pre-charged with HFCs. The understanding is that the U.K. will retain the same proportion of quotas as before, but it will be administered by the U.K. government.

That is not to say that re-registering for a U.K.-only quota system is in itself a huge paperwork exercise for the companies involved, but rather, according to those involved in the process, it is an additional element of bureaucracy that threatens to complicate matters at a time when most involved with refrigerants would rather be focused on the task of getting customers to move to lower-GWP options. And, to restate the obvious, this is all being undertaken just in case our political representatives fail to sort out a deal in the next few weeks.

“But surely they could be allowed to continue to work, if they have worked on UK sites previously,” you might think, “Surely in practice nothing has changed?”

The problem, of course, is in the letter of the law — one might imagine that if that Polish or Spanish engineer was involved in an accident or a dispute that any insurance company or lawyer would have no hesitation in drawing attention to the lack of legal entitlement and refuse to pay out.

The cooling representative bodies, it should be said, are ever-hopeful that this sort of detail can be ironed out before March 28, but it just serves to underline how undesirable a No Deal exit would be.

However, there has been a silver lining to these Brexit storm clouds: the extensive negotiations between government and the U.K. cooling industry to set these plans in motion has allowed industry representatives to apply more pressure in other areas of concern. As a result, the industry has been given undertakings that in future there will be more resources directed towards enforcement of the F-Gas regulations and control of non-compliant imports.

So, ironically, the threat of a No Deal scenario may actually deliver a better deal for the cooling industry. Let’s not hold our breath, though.