Why board size matters 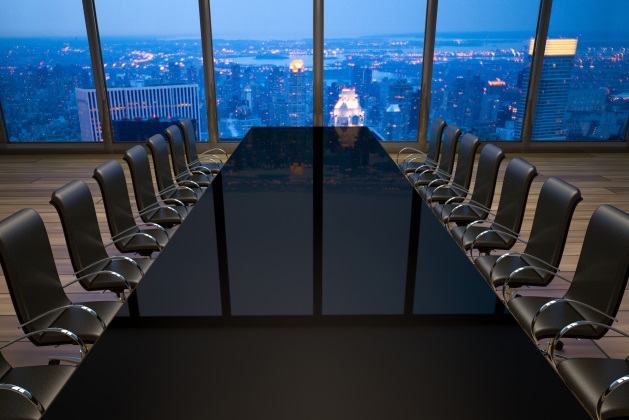 The board table was set for 30. At each director’s place there was a board packet and name tent card.

When the meeting convened, there were 12 empty seats. Nearly half of the directors did not show up. They addressed the problem by reducing the size of a quorum from 50 to 40 percent, or only 12 people.

In a different scenario, an association rented a convention center for the board meeting. The directors numbered more than 200.

Prior to gaveling the meeting to order, directors stopped by a "registration desk" where they showed a photo ID to receive their board packet and voting device.

Board members were seated classroom style in wide and deep rows. It would be impossible to set an open-U conducive to meaningful discussions.

The things that matter the most about board size are governance efficiency and producing desired results.

Large boards are rich with ideas and volunteers. Some organizations build their board on the philosophy of "Time, Talent and Treasure" to harness the resources of directors. My preference is to build a board based on competency and efficiency.

Members of big boards may feel the need to politic or form voting blocs in advance of the meeting because it is hard to build consensus during the meeting. A large board usually delegates authority to or relies on an executive committee.

A small board may be efficient, but it, too, has drawbacks. There are fewer directors to call into service or ask for resources.

Smaller boards are easier to administer and orient. There may be no need for an executive committee because calling an emergency meeting electronically or in person is easy.

The IRS addresses board size: "Very small or very large boards may not adequately serve the needs of the organization. Small boards run the risk of not representing (members)….or lacking the required skills and other resources to effectively govern the organization."

"On the other hand, very large boards may have a more difficult time getting down to business and making decisions. If an organization’s governing board is large, the organization may want to establish an executive committee with delegated responsibilities…."

At the state level, associations are regulated by corporate statutes. Most states require only one to three directors on a board of directors. 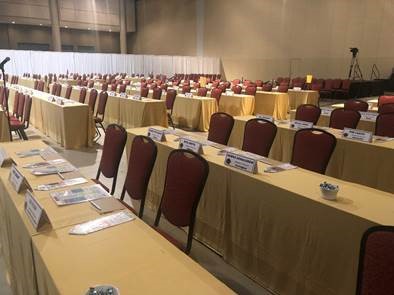 Board expansion is affected by many factors.

Influences on size include complexity of the organization, history, culture, requirements of the governing documents, state law, anticipated workload, strategic plan, size and diversity of the membership.

Expansion of the group is influenced by precedents (“we’ve always done it this way”), culture (distrust) and even misunderstandings. For example, one might hear, "Board service is an honor so it should be conferred on as many members as possible."

Boards may grow because chapters want a "voice." Some believe the larger the chapter the more directors they deserve. I would ask, "Isn’t that a role one person could manage?"

Size increases innocently with best intentions by adding student seats, special interests, keeping the past presidents on, and including ex-officio positions.

I respect large boards that can get the job done. I admire complex associations able to govern with a small board meeting less than four times a year.

"What size should my board be?" is a frequent question.

Referencing the national support organization, BoardSource, the average board size is 16 members, with a median of 15. A 2010 survey found that organizations with budgets of $10 million or more have an average of 18. Those with less than $1 million typically have 14.

I find 20 or more to be nearly unwieldy. In large boards, directors struggle to be recognized or lose attention waiting to be heard. I agree with BoardSource, 15 directors is ideal. For strategic discussions, 11 to 15 people allows for prudent decision making.

In an assignment in Amman, Jordan, I explained that the average size of U.S. boards is 15 directors. The CEO of the Jordanian Logistics Association responded, “We consider 15 to be a crowd.” JTA’s board is just nine directors.

In the report "Assessing Board Performance" by BoardSource and the ASAE Foundation, they correlate board size and director satisfaction. Dissatisfaction doubles when the board has more than 20 members.

"A majority of the smallest boards, those with 13 or fewer members, report they are ‘very satisfied’ with the level of commitment."

Volunteer service should be a positive experience. Directors will not last long if they feel they have no voice or cannot have an impact.

Some members question the politics or bureaucracy of boards. "Are they being transparent? Why are decisions so slow? Does the board really represent the membership?"

Most members simply want a fair return on investment for dues paid.

Significantly smaller boards are recommended in the book "Race for Relevance" by Harrison Coerver and Mary Byers. They profess governance should be efficient and cut out waste and politics. They prefer a five-member board based on competency.

The authors argue against larger boards, especially those built on representing special interests, membership segments and geography. Governance is about advancing the mission, not representing subgroups.

This is an important topic. Organizations have their own valid reasons for board size.

Many have expressed a desire to downsize. But as one elected president said, "Some of our directors feel threatened when we talk about board size."

I say the size of the board should reflect governance efficiency and effectiveness to advance the mission and serve the members.

Start the process with an exploratory conversation. Leave out the personalities or names — we are talking about governance seats, not people. Focus on good governance.

The next step is to appoint a Governance Efficiency Task Force to make recommendations and a plan.