Why are US K-12 reading scores falling? 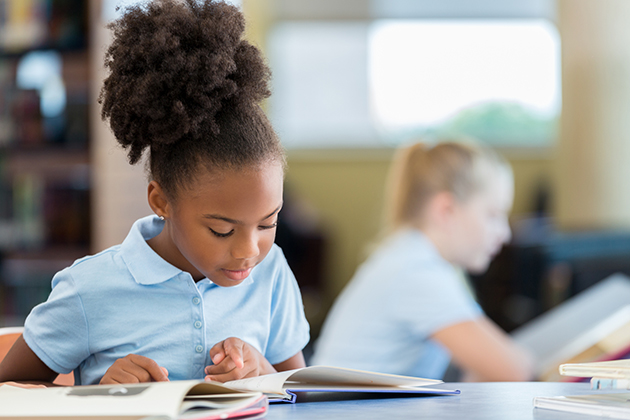 After 25 years of stable or mildly improving reading scores in U.S. schools, scores began dropping in 2017. The drop, so far at least, isn’t dramatic, but has continued despite various attempts to stem the decline.

What’s behind this downward trend, and how do we stop it?

What’s discouraging about the decline isn’t just that student reading skills are trending downward, but that U.S. students have never done all that well.

For a nation that prides itself on “American exceptionalism,” it’s embarrassing that American students lag behind so many other countries — not just in reading skills, but in science and math, where in 2015, for example, we ranked only 38th out of 71 countries. And while the decline in reading scores only began in 2017, scores haven’t improved substantially since 2001.

One persistent problem that’s held reading scores down in the U.S. has been the continuing war over how reading should be taught. As early as 1955, with the publication of "Why Johnny Can’t Read,"it’s been understood by some educators, but not all, that the best way to teach students to read is through phonics — a method that depends upon students understanding how letters and small groups of letters (called phonemes) sound instead of the whole word method, where students learn to identify words by their contexts.

Despite the confirmation of the superiority of phonics in hundreds of studies, many educators still pursue whole word teaching and a variety other methods that make limited use of phonics. As the U.S. population has become more mobile, the inconsistency of teaching methods from one school to another is itself one of the contributors to test score declines.

A third grade student, for example, who transfers from one school to another may find that the phonics reading method she’s learned is not only not taught at her new school, but discouraged and that, effectively, she has to begin learning to read all over again.

The Social Penumbra of the Decline

An interesting “tell” when pursuing reasons for the reading score decline is that countering falling scores generally is a relatively small cadre of students whose scores have continued to improve and whose reading skills rank among the highest student populations in the world.

Unsurprisingly, these are students who receive a superior and pricey education because they come from upper-middle class families. These families are more intact than average in the general population — fewer single-parent households — and they escape the general stress experienced by increasing numbers of families who have fallen behind financially in the past couple of decades as financial inequality has increased.

And, as recent studies have shown, relatively affluent students are taught differently, with learning that depends less on the rote memorization and repetition that characterizes whole word learning.

What this suggests is that while the continuing argument over specific reading methods hasn’t helped matters — many students learn to read through methodologies that have consistently underperformed phonics — not even a wholesale conversion to phonics is likely to make U.S. students competitive with high-ranking countries like Ireland, Hong Kong, Finland and Canada.

How well students learn — and are capable of learning — in the classroom depends significantly on their general life experience. The persistent disadvantage of black and brown students in U.S. classrooms only mirrors the similar disadvantages they experience in life.

As more white families fall behind financially and experience some of the same stresses that black and brown families experience, students from those families will also experience the academic disadvantages endured by minorities.

Many of the solutions to the reading decline are well-understood and generally agreed upon. The one exception is the continued use by many educators of reading methods that have never done as well as phonics in comparative studies.

The reasons for this could fill a fat book, but a couple of the more important ones are: 1) the resistance of many teaching degree programs to phonics, which was not the way many professors of education learned to read, and 2) the location of most teaching programs in liberal arts departments.

My Ph.D. is in English literature, so I’m not slamming the liberal arts generally, but this has meant that the various studies demonstrating that students learn to read better and faster through phonics haven’t received the same attention they would have if teaching certificate programs were conducted in, say, a social science department more accustomed to decision-making on the basis of experimental evidence.

Nevertheless, the methodology dispute is almost the least of the problems associated with declining reading scores. The real culprit is increasing inequality. Until we determine that we really need to support an excellent education for all Americans, we will continue to underperform students in countries with less inequality and a better social net.

In other words, don’t expect an improvement in reading scores any time soon. Unfortunately, it’s not unthinkable that reading scores in this country will continue to fall.