Who’s drinking the most soda across the US? 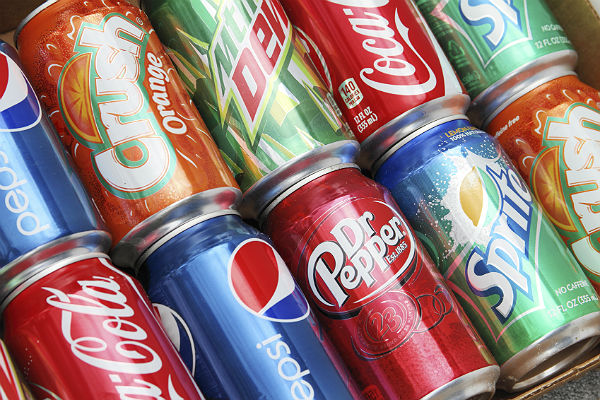 In a bold but not surprising move, American Dairy Queen Corp. (or DQ as it is popularly known) vowed to remove all carbonated soft drinks from its kid's menu by September. DQ is not the first to do so, but yet another fast food joining the health bandwagon is clear indication of how concerned Americans are about their children's health.

McDonald's, Wendy's, Burger King, Subway, KFC and even Olive Garden have removed soda from kid's meals and stopped similar promotions as well. With sodas made off-limits from school premises, it will now be harder to sell these to younger kids and get them hooked like before.

Despite this recent progress, it seems we really have a long way to go before we can truly call ourselves a healthy nation.

The Center for Science in the Public Interest published a report in 2013 that showed 97 percent of children's menu items across the country flunked the nutrition test. While sodas are not being promoted as much, burgers and french fries and fried chicken are often paired with them, and it's not just the kids who are asking for these unhealthy meals.

The CDC Morbidity and Mortality Weekly Report called the "Sugar-Sweetened Beverage Consumption Among Adults — 18 States, 2012" shows at least 25 percent of adults consume soda and sugary fruit drinks on a regular basis. The report has urged for caution and reduction of these drinks to help with weight management and reduce the risk for chronic diseases.

The report also highlights five states that have left the others far behind in soda and sugar consumption: Mississippi, Tennessee, Nevada, Oklahoma and Georgia. Not surprisingly, these states also fall among the top 10 in the country in obesity rates.

The poor socioeconomic factors in these states may be the underlying cause for poor diets, since healthier food is often more expensive. All of these states sported a lower median household income than the national average. Lower education and health literacy have also made them more susceptible to aggressive sugary beverage marketing, which again is higher in these five states.

A quick look at the data:

1. Mississippi: Leading the pack is Mississippi with a daily sugary drink consumption of 41.4 percent and an obesity rate of 35.1 percent. With nation's highest poverty rate and lowest median household income, it is not difficult to see how all these are related. Perhaps it is time for the federal and state authorities to work hand in hand with interest groups and increase health awareness here before it is too late.

2. Tennessee: Following closely is Tennessee, with daily soda and sugary drink consumption at 39.2 percent and the obesity rate at 33.7 percent. The daily vegetable consumption is as low as 26.8 percent. When 17 percent of the state's residents say they are unable to consult a doctor due to high cost and low income, it is apparent that there are serious health issues to be addressed here.

3. Nevada: While it has a lower obesity rate than the above mentioned states, Nevada is still at risk at 26.2 percent — especially since the daily sugary beverage consumption is still at a high 36.3 percent. Nevada has a higher median household income than the first two states, but the low educational attainment rates have negatively affected health awareness levels. Less than 23 percent of adults have a bachelor's degree, which has compounded the problem of poor health literacy leading to unhealthy diet and lifestyle.

4. Oklahoma: The number of Oklahoma residents consuming soda and other sugary drinks daily is about 34.5 percent, as opposed to the less than 25.4 percent consumption of fruits and vegetables. Not a good sign for a state with an obesity rate of 32.5 percent. With a median household income of $45,690, almost a quarter of the residents have low access to healthier or affordable food options. Oklahoma also ranks high in premature loss of life — more than 9,000 deaths each year as a direct result of unhealthy diet and lifestyle.

5. Georgia: The fifth state is Georgia with 33.1 percent daily consumption of soda and other sugary drinks and a 30.3 percent obesity rate. Though it reported a higher consumption of fruits and vegetables (32.3 percent) compared to the others, it is nowhere close to the healthy mark. Here too the median household income is lower, while the poverty rate is higher than the national average, a probable cause for poor health literacy and therefore poor diet quality.