Who is to blame for Mylan’s EpiPen price? 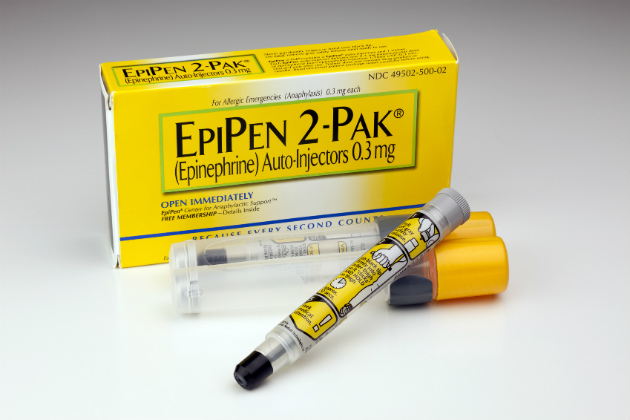 The blame game is nothing new. According to Genesis in the Bible, Adam blamed his wife for making him eat the forbidden fruit. Eve, in turn, blamed the serpent. And while we are far way from the Garden of Eden, there is still plenty of finger pointing going on.

The latest episode of the blame game has centered on the life-saving prescription injection known at the EpiPen.

Fingers are pointing in every direction. The public and politicians are pointing fingers at Mylan Labs for their incremental and lately steep price increases that have resulted in bringing the cost of an EpiPen twin-pack to over $600, a nearly 500 percent increase over the past nine years. But Mylan has fingers to point as well, blaming the PBM industry for exposing patients to higher premiums, deductibles and copays.

Who is really to blame? I guess it depends who you listen to.

Bernie Sanders took a shot at Mylan on Twitter:

There's no reason an EpiPen, which costs Mylan just a few dollars to make, should cost families more than $600. https://t.co/rVWUlMxD0Q

Hillary Clinton joined in the outrage, saying: "When an allergic reaction leads to anaphylactic shock, a shot of epinephrine can literally be the difference between life and death. But now, just as parents are about to send kids with severe food and insect allergies to school, the EpiPen's manufacturer is hiking its price to an all-time high. That's outrageous."

Mylan CEO Heather Bresch was quick to answer the criticism leveled at herself and the company she represents, suggesting insurance companies were the real bad guys here.

"We recognize the significant burden on patients from continued, rising insurance premiums and being forced increasingly to pay the full list price for medicines at the pharmacy counter," Bresch said. "Patients deserve increased price transparency and affordable care, particularly as the system shifts significant costs to them."

Of course, in the heat of all criticism and finger pointing, many people have forgotten that the enormous demand for the EpiPen over the past three years at least has been driven in large measure by legislation passed by Congress and signed by President Barack Obama in November of 2013.

Obama signed into law program changes that "authorizes the Department of Health and Human Services to give funding preferences to states for asthma-treatment grants if they: maintain an emergency supply of epinephrine (EpiPens), if they permit trained personnel of the school to administer epinephrine, and if they develop a plan for ensuring trained personnel are available to administer epinephrine during all hours of the school day."

In fairness to Mylan, whatever else they might be guilty of, they have offered one of the easiest and more generous copay-reduction coupons of any company, historically covering up to $100 of the patient copay (which is often enough to bring the copay to $0) and now have increased it to $300. Pharmacists and pharmacy technicians should be familiar with how this coupon works and take the initiative to be sure it is used to save our patients money.

In addition to the copay reduction coupon, Mylan also makes available a more comprehensive financial assistance program to cover the cost of the EpiPen for those who qualify.

As a front-line pharmacist, I really cannot afford be too worked up over the politics and finger pointing going on. While I'm disappointed in our system that allows for such escalating prices without a corresponding increase in value, I'm also grateful for a system that fosters the development of life-saving drugs like this one. More competition will drive down prices, as it has already in the Hepatitis-C space.

Unfortunately for patients, there hasn't been a competitive product introduced to the market in some time. The Auvi-Q was a recent attempt, but it failed and was quickly and voluntarily withdrawn. Some will remember the product Twinject, which was withdrawn and then reintroduced as Adrenaclick, which is generally considered an inferior technology.

Price is a concern for many patients, and it will impact access to medications. Managing the impact of these pricing strategies for our patients has become a full-time job for concerned retail and community pharmacists. It would be nice if the only thing I needed to worry about was instructing my patient how to use the medication, rather than on how to afford it. But alas, today's pharmacists need to wear many hats to advocate successfully for their patients.

If only we could wish ourselves back to Paradise. But we can't. And the blame game goes on.