Where to reach customers on social 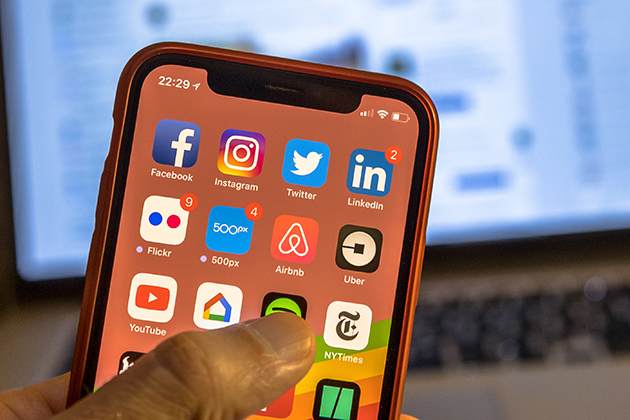 Ever since the iPhone launched in 2007, people have spent more and more time on their phones than ever. That led to people spending much more time with media every day and every year. At the same time, more and more people were jumping on the smartphone train.

While it seemed like the upward trajectory would continue forever, it showed signs of slowing last year. Mary Meeker’s 2018 Internet Trend Report found that smartphone usage didn’t grow at all. In fact, 77% of U.S. adults already have a smartphone, according to 2018 Pew Research.

For now, it seems that the Americans who want a smartphone (or a social media account) already have one. That could lead to a drop in new U.S.-based users — and the people already there may actually be consciously cutting back the time they spend on their phones, social media and screens overall.

Whether they’re cutting back because of privacy concerns or the new research that shows social media negatively impacts mental health, people spent less time with social media than the year before, according to 2019 eMarketer research. Even though the time spent only fell by one minute a day, this is a significant shift.

The report predicts that the time Americans spend on social each day will remain flat through 2021. The era of people spending an ever-increasing amount of time on social appears to be over.

Of course, the daily time spent is still significant — clocking in at 75 minutes per day on social. Where do users spend those 75 minutes, and how can your business ensure you’re reaching them?

Unsurprisingly, Facebook is still the most used social platform in terms of time spent on it. In 2018, U.S. adults spent 38 minutes a day on Facebook, two minutes less than what eMarketer had forecasted.

On the flip side, Instagram and Snapchat both have seen growth as users are spending 26 minutes per day on each platform. In the coming year, it’s likely people will continue to cut back on their time on Facebook and reallocate it to Instagram.

That goes to show that video-first platforms are continuing to dominate. Though, these platforms do have a user-base that skews younger. Teens’ preferred social network, for now, is Snapchat. TikTok, a newer social platform, is also catching their attention.

While TikTok does not currently have a full-fledged advertising program, they are testing with interest-based ad-targeting, and marketers who have experimented on TikTok have already found success.

Felix Loesner, head of social media for Bayern Munich, told Digiday, “We can reach a younger target group via creative storytelling with TikTok, from which we are seeing high interaction rates.”

Research suggests that messaging platforms are being used around the world more and more with people who do not want to spend money on traditional cellphone plans.

In particular, the Hispanic population is using WhatsApp more than both Snapchat and Instagram. Hispanics make up 52% of the entire platform’s demographics. According to eMarketer, that means 10 million more U.S. Hispanics are using WhatsApp than Instagram and almost triple that of Twitter.

Because of privacy concerns, people are also sharing and conversing privately in messaging apps rather than publicly on social networks. That trend, dubbed “dark social,” has been brewing for about the last year.

For the rest of 2019, consider how you can amplify your presence on both messaging apps and video-based social networks.