When will self-driving cars become the norm? 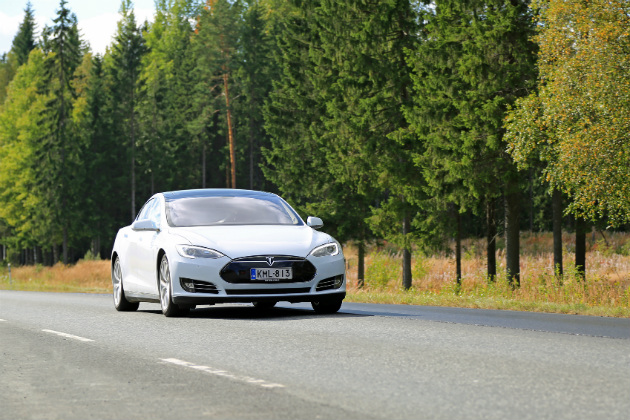 The most difficult part of vehicle safety is to ensure the person behind the wheel is at his or her best while driving. Human error continues to be a significant factor in traffic fatalities.

Self-driving cars are hailed as the panacea for these problems, but they're still far off in the future, right? Not so fast.

Uber just completed the first autonomous beer delivery in partnership with Budweiser. Self-driving buses are already in use in China and Europe. And Elon Musk's Tesla vehicles have already completed more than 1 million hours of driving in self-piloting mode.

In fact, Musk is so sure self-piloting cars are coming soon that he already announced the creation of a proprietary network to manage ridesharing of their self-piloting vehicles. Tesla plans to use this network to allow people to rent out their self-driving vehicles to drive people around. Although the Tesla network was not created as a competitor to Uber and Lyft, a fleet of self-driving vehicles could be competition for these ride-sharing companies.

The technology has arrived, but legislators have not bothered to look closely at this transportation situation. Since there is no legislation to direct car manufacturers regarding self-driving vehicles, car makers are taking matters into their hands.

Although legislators think vehicles should be designed to save more than just the occupants' lives in a self-driving car, no one has gotten around to making legislation to protect pedestrians. Some experts think self-driving programming needs to add a survivability factor to its decision making.

The lack of legislation will impact buyers of self-driving vehicles. It will be difficult to change a self-driving car's programming after the fact. Once those self-driving cars are on the road, changing the hardware and software might become expensive to do retroactively.

It will also be notoriously difficult to create after-the-fact legislation as more laws will grandfather in equipment that already exists. After all, one can purchase a classic car without an airbag, and no one is going to require the owner to add the airbag.

Ultimately, self-driving cars are here. They are going to become the standard a lot sooner than people are expecting. They will become the norm and will be coming to an intersection near you.

Legislation needs to be created to catch up with technology. No legislation is going to put the technological genie back in the bottle. The sooner nations set forth clear legislation to govern self-piloting vehicles, the better off drivers and passengers will be.

Dr. Robert Lee Gordon is the program director for the Reverse Logistics Management department at American Public University. Robert has more than 25 years of professional experience in supply chain management and human resources. He earned his Doctorate of Management and Organizational Leadership and his Masters of Business Administration from the University of Phoenix as well as earning a Bachelor of Arts degree in History from UCLA.