What’s trending this time of year? In a word, words 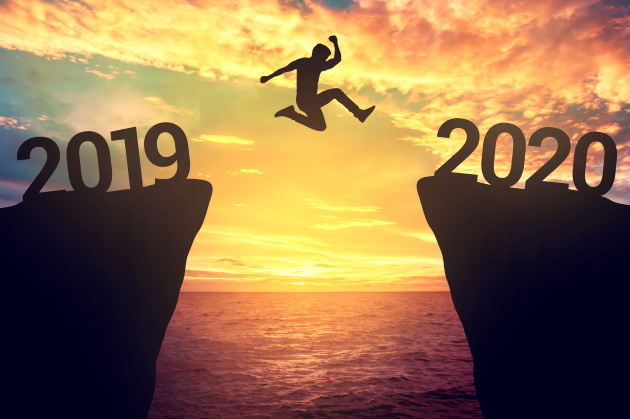 As a new year starts, you’ve heard about plenty “of-the-years.” They must be important. They get so much airtime and are shared ceaselessly on social media, a lot of times by the very brands that are being honored.

Besides the newsmakers of the year and the booming businesses of the year, a few other off-the-beaten-path declarations make the media rounds this time of year.

Oxford Dictionaries, which brings attention to phrase that illustrates the mood, selected “climate emergency” as its prize-winner this year, as reported by The New York Times. It makes sense that a company of writers and editors would have their finger on the pulse of a noted dictionary. Those professionals are not alone in tracking such information, though.

Merriam-Webster, another dictionary company, tabbed “they” as its word of the year. We know this in part because news networks such as CNN thought it important enough to inform us. That network couldn’t get enough of words, apparently, because a week earlier, CNN had told us that “existential” was the Word of the Year, according to Dictionary.com. Communicators use a lot of words every year, so it makes sense to have room for three Words of the Year.

If words are too serious for you at this time of year, you can turn to cash. Australia led the field of nominees for the Coin of the Year competition, according to the Numismatic News. That’s not quite on the level of coverage given by CNN and The New York Times, but coins are something we can all wrap our heads — and hands — around. According to the website, a committee took two days to whittle the field of more than 1,000 nominated to 100, representing 10 categories.

Physics World got in the game, too, announcing its Breakthrough of the Year finalists. The leaders were identified through “hundreds of research updates published on the website” during 2019, Physics World reported.

It doesn’t end there. Wine & Spirits magazine puts forth its Importers of the Year, which the website says are based on award presentations. Curious about the horse racing photographer of the year? You can view his work on CNN’s website.

If you’re starting the new year feeling blue, you’re not alone. A lot of people might not be aware that annually we are granted a Color of the Year. This year — for 2020, that is — it’s Classic Blue. We know this because it’s touted by esteemed and established publications like The Washington Post and Time magazine, and the major networks. That’s a coup for the Pantone Color Institute, which picks the color of the year and disseminates the choice through the media.

If this kind of information makes you roll your eyes, or shake your head, feel free to express those emotions — maybe with one of Giphy’s Top 25 most-viewed GIFs of the year. A picture might be worth a thousand words, but Word of the Year can be contained in one choice, while GIFs need 25 selections.