What’s next as Department of Defense inches forward on commissary merger? 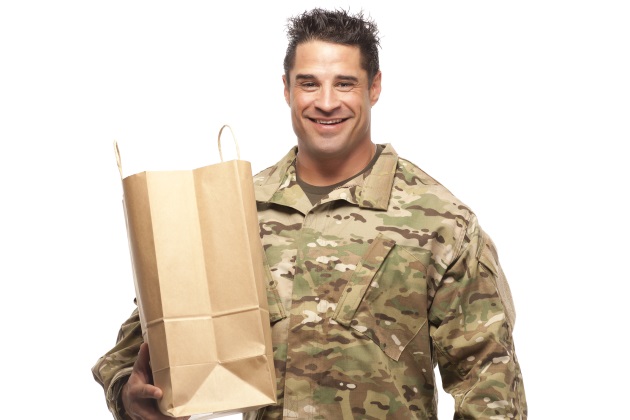 The proposed consolidation of commissaries could bring about major changes for active military and veterans alike.

More critically, the actual timeline and decision regarding whether the Department of Defense will carry out the merger are still up in the air. Find out where the timeline is currently, along with information from a task force report.

On July 1, 2018, then-Deputy Secretary of Defense and current Acting Secretary of Defense Patrick Shanahan signed legislation for a task force established to determine if the consolidation of four major entities in the commissary divisions of the military would be worth it. The task force, headed by retired Army Maj. Gen. Keith Thurgood, has completed a major report detailing its analysis.

In the report, there is support for:

Consolidation cannot occur prior to Oct. 1, 2019, due to budgetary considerations. In addition, legislation may be required in this unique situation if officials lack the authority to proceed. If the consolidation does take place, grocery functions will not change.

The main difference for soldiers, their families, and veterans will be in potential changes to the way the management handles marketing, in-store displays and the like, which are in line with above-store functions. The agency claims that the consolidation will not cost commissary customers anything.

The primary reason for the consolidation is cost savings. The federal government is interested in saving money on the military, and the report states the consolidation will result in "significant savings." The actual annual savings amount ranges from $457 million to $570 million once implementation of the merger is complete.

While there are initial costs involved with the consolidation of the agencies, the report states that the benefit would be far greater than the cost. Yet, some organizations including those within the military are not so certain.

In addition, one coalition has come out against the merger. The Military Coalition is made of 27 independent military and veteran organizations, and has voiced concerns. The coalition published a letter stating that consolidation may not be a negative outcome.

However, the organization feels there needs to be an independent review conducted by the Government Accountability Office. According to the letter as reported by the Association of Defense Communities, "Given the varying opinions about the advisability of the recommendation, we believe an independent review by the Government Accountability Office would be appropriate."

By having a separate, third-party unbiased agency conduct a cost analysis, the Military Coalition feels DOD leadership will potentially have a more balanced review. Concerns with a secondary report include the cost of conducting the report, along with the time spent in performing a new study.

As it stands, the Department of Defense seems set on consolidation of the commissaries. Whether or not Congress and legislation stand in the way of this decision has yet to be determined.