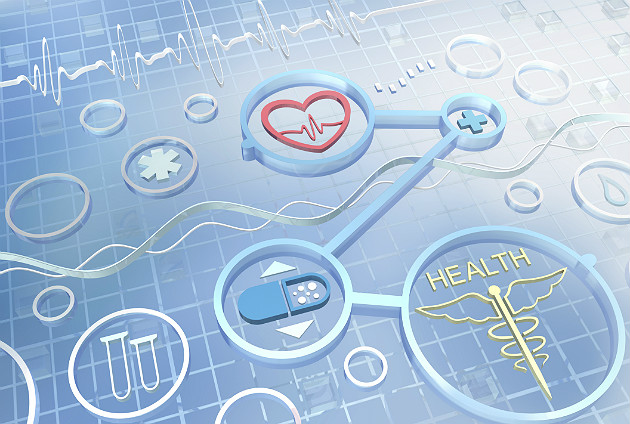 Antimicrobial-resistant bacteria are appearing in headlines more often as time goes by, along with the escalating need for new antibiotics to treat these bacteria. Yet only two new antibiotic treatments have been approved and released onto the market since 2008. There are currently seven new antimicrobial drugs in the FDA pipeline, but none of them will affect the bacteria for which we need them.

Hospitals are seeing rises in antibiotic-resistant cases, and the odds of picking up one of the infections while staying at the hospital has increased significantly. Enterobacteriaceae are becoming more common, and the carbapenemase-producing carbapenem-resistant enterobacteriaceae usually kill up to half their hosts.

So where are all the new antibiotics? Why are there so few in the pipeline? It really comes down to three reasons, none of them particularly good.

Gram-negative infections are on the rise, and they make up roughly two-thirds of the 25,000 annual deaths from hospital-acquired infections — they also include enterobacteriaceae. Gram-negative bascilli (GNB) can be both aerobic and anaerobic and are, for the most part, fairly easy to cultivate.

Bacteria are considered to be GNB if they have a thin peptidoglycan layer in between their two cell membranes in the cell envelope. The inner membrane is common to all bacteria, and the outer membrane forms a protective barrier that prevents the loss of proteins and prevents external chemicals, such as bile, from entering the bacteria and destroying the cell.

Embedded in this outer layer is lipopolysaccharide, which is the cause of the endotoxic properties seen with enterobacteriaceae. While there is a new test to more quickly diagnose these bacteria, which allows patients to be treated more rapidly, there are still no new antibiotics in the pipeline to defeat them.

Between 1983 and 1987, 16 new antibiotics were approved for use in the U.S. Shockingly, however, there have not been any new antibiotics approved to fight GNBs for more than 40 years. Between the lack of production and the use of antibiotics in small doses in agriculture, it isn't surprising that we are being hit with a wall of superbugs.

However, the lack of antibiotics is not for lack of trying.

Economics, the path to approval and antibiotic creation are all to blame for the lack of antimicrobial production. When looking at the human immune system — and really, the functioning of the human body in general — it is evident that there is a perfect system being utilized continuously.

Waste is removed, energy is provided, as is defense for the cells, if necessary. B-cells, T-cells and macrophages are all methods of defense that recognize antigens present on the surface of invading cells, and they destroy them through various methods if they can't recognize the prokaryote. Because of this, bacteria are waging constant battles and have evolved to be as indestructible as possible.

Bacterial cells are nothing like human cells that drugs target. Because of the way we create drugs to attack these bacteria, we gained control over as many pathogenic strains as possible, and we get left with the hardiest strains.

There is a fine line to walk when creating antibiotics for these bacteria. On the one hand, the drugs have to be strong enough to kill the bacteria, but not so strong that they kill the human cells, which is a difficult process. Secondly, antibiotics are geared toward certain types of bacteria. It is not a "create one, kill all" system. If you want an antibiotic that works on GNBs, you have to create it to be so.

The second reason for this lag is an economical lack of incentive.

Pharmaceutical companies may create drugs, but no company will survive without making money. They heavily influence the FDA for just this reason: They are one of the agency's largest contributors. These companies have a strong hold in Capitol Hill and spend more lobbying than any other industry — 42 percent more than insurance, in fact, which is the second-highest-paying industry.

As a result, pharmaceutical companies have a large reach over global markets. According to Drug Watch, the world's top 11 drug companies made a net profit of $711 billion from 2012-13, and six of them reside in the U.S. These companies like their profits, and there is simply no true profit to be gained in antibiotics.

Take, for example, drugs that are used to fight cancer. Cancer is a prevalent form of disease that affects a wide number of people in the U.S. every year. Medications are needed for years and treatment is expensive, whereas with antibiotics, you take them for 5-14 days — and that's it. No follow-up treatment is needed once the bacteria have been destroyed. Hypertension and high cholesterol are other excellent examples of long-term drugs, as they never cure the patient, they simply keep the symptoms manageable.

Marcus J. Zervos, M.D., head of the Division of Infectious Diseases for the Henry Ford Health Systems in Detroit said physicians and patients are in desperate need for new antibiotic compounds.

"It's been very disappointing," Zervos said. "We're seeing an increasing number of patients with bacteria resistant to most or all antibiotics, as are all hospitals. For some patients, these infections are untreatable. It's very alarming, and very difficult."

However, the process to drug approval is almost as difficult as getting companies to show any interest in making antibiotics. There have been several instances where an antibiotic was released and proved harmful to the patient, as was the case with trovafloxacin patients. A year after the drug's release it was discovered that the antimicrobial caused liver toxicity within patients, and the hepatic toxicity was only realized after its release.

The FDA hasn't made things any easier to this effect. They still release antimicrobial drugs based on disease state rather than the organisms the drug is designed to destroy. It costs $50 million to create a new antibiotic, versus the $1 billion it takes to create a new musculoskeletal drug, and yet antibiotics are left untouched for the most part.

A new possibility has come to light regarding these superbugs, however, and it's in the form of bees. Raw honey has been used as an alternative medicine for years due to its medicinal qualities, and now it seems scientists may have found something even better.

According to a study by Lund University, in Sweden: "13 lactic acid bacteria found in the honey stomach of bees have shown promising results in a series of studies. The group of bacteria counteracted antibiotic-resistant MRSA in lab experiments."

It has been found to be effective in treating pseudomonas aeruginosa and vancomycin-resistant enterococcus as well. Unlike antibiotics, that have only one active substance, these bacteria have a plethora of antimicrobial components that can be produced to fight the invading bacteria.

While this is most certainly good news, as always, it is not so simple. In 2013, an international research team found that several common pesticides harm bees' functional integrity, specifically the enzymes that regulate the bee's immune responses. Aside from the obvious environmental disasters that would occur should bees die out, it is now necessary to preserve them to study them further.

These bacteria could give scientists new ideas when it comes to fighting superbugs, as it becomes more obvious that antibiotics are only a temporary solution, unless the agricultural industry becomes much more heavily regulated than it is, which is unlikely. This immune response has protected honeybees and their hives for millennia, and that is the kind of response humans need to have to fight these superbugs.

There has been a five-fold increase in superbug infection rates from 2008-12 — a huge jump. And GNB bacteria are nothing to brush off, with their 50 percent mortality rate and their resistance to colistin.

While the antimicrobial outlook seems bleak, there are still those who strongly advocate for the creation of new antibiotics. "20 by 2020" is still a real goal, and is still possible, and lack of financial gain is not an excuse to let the pharmaceutical industry lag on antibiotic production for these superbugs any longer.

Perhaps the answer is in the bacteria found in bees, or perhaps it is something else. Regardless, scientists should not stop looking for solutions, and in the meantime, antimicrobial drugs should be given both the social and financial attention they deserve.